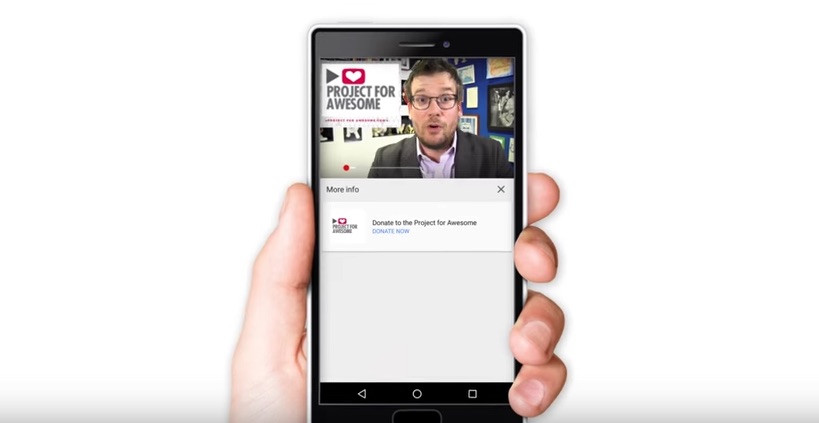 YouTube racks up more than a billion views every day. Now Google wants to turn some of that success into a force for good by making it easy to donate to charity straight from the YouTube video you’re watching

The company announced its new donation cards this week. YouTube creators can easily add the card, which will pop-up when you click the information icon while watching a video. Google will also cover any extra fees, so 100 percent of the money you donate goes straight to the non-profit.

The new feature is already available in over a dozen countries all over the world, but for now you can only donate to U.S. charities. That’s because Google is relying on a government-approved list of non-profits, but the company plans to expand to cover the rest of the world soon.