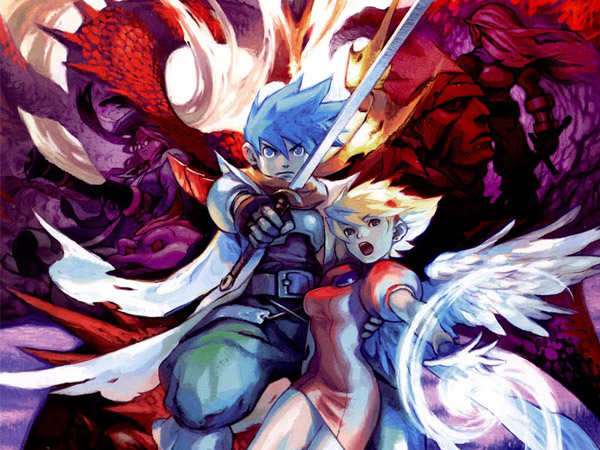 Well, that was relatively painless. Shortly after Dragon Quest VII for the 3DS was announced for an English release in North America, I decided that ranting about Capcom publishing the Breath of Fire III PSP port in North America would be my next crusade. Here we are, a few months later, and I didn’t even get the chance to write about it let alone raise my blood pressure over the issue.

Capcom has confirmed that the PSP port of Breath of Fire III, the one that has been translated into English and available in Europe for exactly ten years, will be coming to North America through the PlayStation Network. It will be playable on the PSP and PS Vita and available exclusively through digital channels.

I wouldn’t call Breath of Fire III a masterpiece or anything like that, but it is a solid, dependable JRPG with some fun characters and an interesting world for its story to unfold in. It gets the seal of approval, especially after Capcom probably bent over backwards to finally bring this port here. I’ve heard this PSP version has some loading time issues, but I haven’t played it to state anything officially.

And for the record, it is believed that Sony of America blocked the release back in the day not wanting the PSP to be home to too many PlayStation ports. This delay doesn’t fall on Capcom’s doorstep.

And with that, what is the next crusade? I didn’t even get to pester Capcom as much as I wanted about Breath of Fire III since it all happened so quickly. I feel kind of hollow. Happy, but hollow. I think I’m feeling devious enough to get back on Square Enix’s case. Star Ocean 2 has a lovely PS Vita and PlayStation 4 port in Japan that its fans desperately want to play in the English speaking world, and SaGa Frontier and Brave Fencer Musashi still aren’t on PSN.

Let’s get it done, Square Enix! Capcom is setting a good example for you! And thanks a lot to Capcom! You guys are lookin’ swell these days!