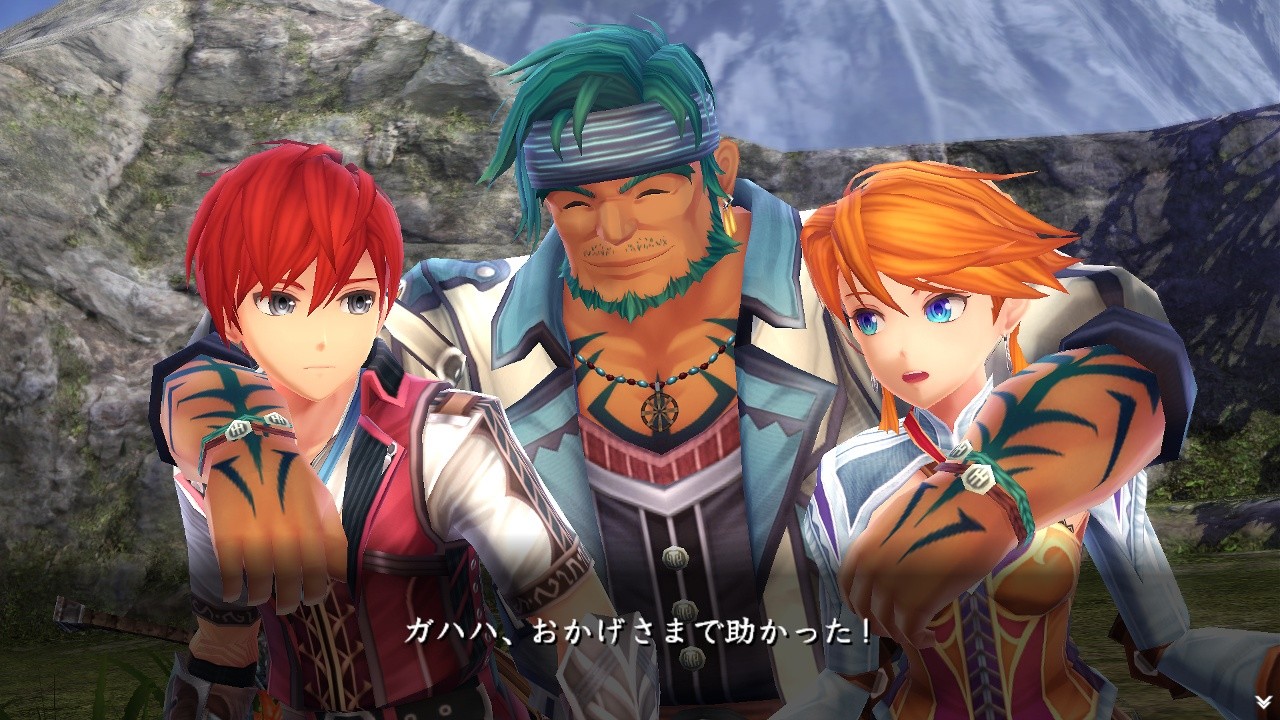 Ys VIII: Lacrimosa of Dana stars the series’ mainstay protagonist Adol Christin on yet another adventure on a cursed island. However, he’ll be bringing on a troop of newcomers to back up his frantic sword skills.

Raksha and Sahad are the first we’ve been introduced to, and more than likely, more will follow in the coming months.

19 years old. She uses a rapier in battle. She is the daughter of the noble Roswell family of Garman, and as a noble conducts herself politely. While confused by the lifestyle of the Drifting Village, she works with Adol and company using her profound knowledge of ancient ruins, and plants and animals. In battle she is fast and has good reach, but since she can’t target many enemies at once, she finds herself in trouble when surrounded.

Staff Comment: The Garman area is located in the northeastern part of the Romun Empire, and many of its people are made of fortitude and vigor. This is the first time Raksha is meeting Adol and company. By taking advantage of her reach, you can follow up a preemptive attack with consecutive attacks.

41 years old. He uses an anchor in battle. He is a fisherman from the Greek area and has a lovable personality. He works with Adol in order to return to his hometown where his family is waiting. He has high attack power and can attack many enemies at once, but has open spots.

Staff Comment: When it comes to playable characters in the Ys series, he is the oldest. He was a passenger on the same boat as Adol.

Ys VIII also brings back the rock-scissors-paper system of combat with “Slash,” “Shoot,” and “Strike.”

Adol’s standard sword attacks will fill in the “Slash” category. Raksha’s more direct rapier will fill in the “Shoot” for now, but I suspect a crossbow user will be joining her. And “Strike” is more of a blunt attack with heavy objects. Generally, this is reserved for Ys‘ hulking companion Dogi, but judging by his size, Raksha will fit the bill this time around.

Ys VIII: Lacrimosa of Dana will be released for the PlayStation 4 and PS Vita this summer in Japan. No word on an English release just yet.