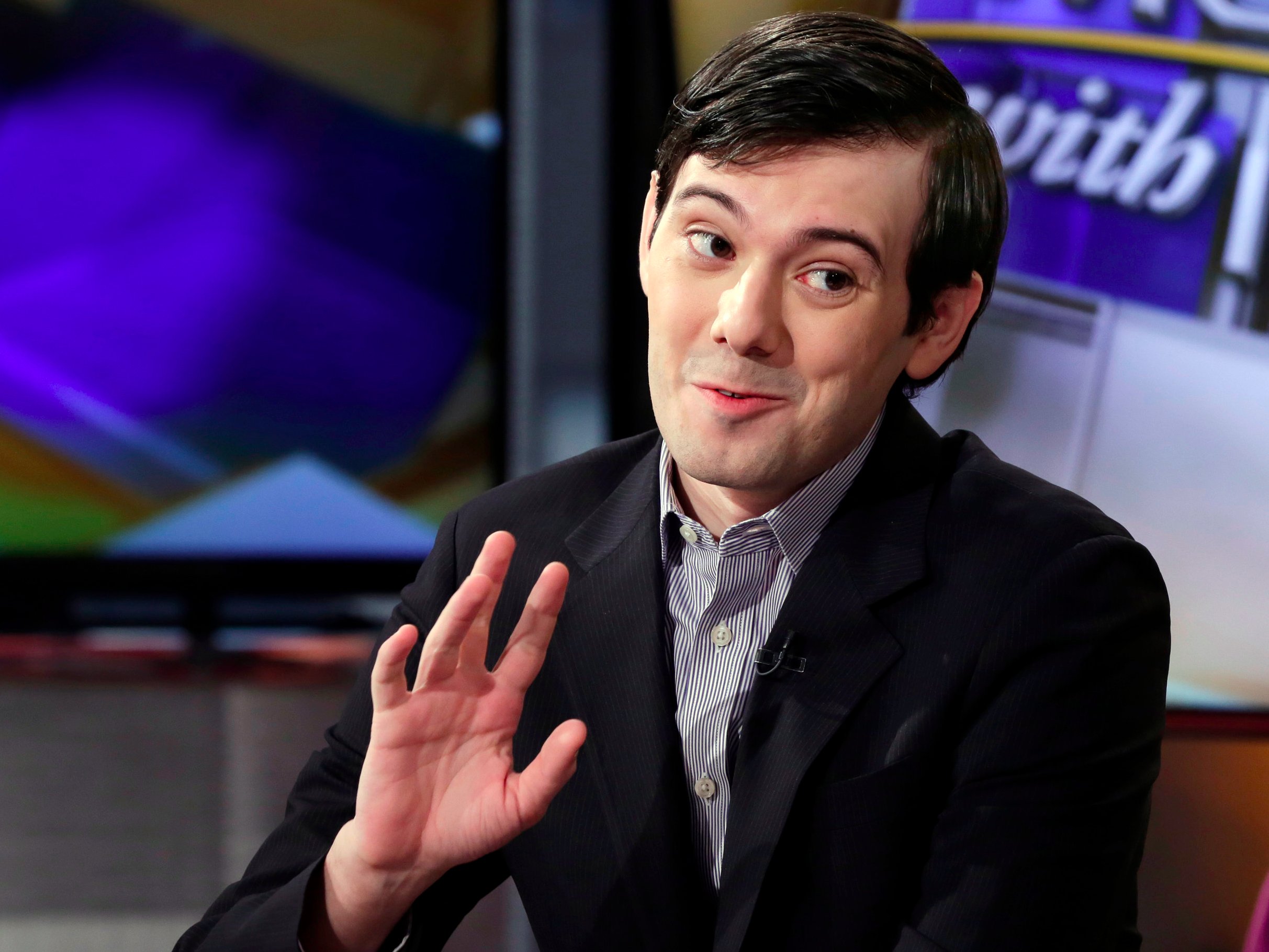 A massive problem Martin Shkreli zeroed-in on is happening again

Mark Baum thrust himself into drug-price debate last year when he offered to make a $1 version of Daraprim, the toxoplasmosis treatment that Martin Shkreli was selling for $750 a pill.

Now Baum has a new target in his sights.

Called Thiola, the drug also treats a rare disease and is owned by a company that hiked its price substantially — by 2000% in 2014 — without any real justification.

And, in fact, the architect of Thiola’s price hike was none other than Shkreli.

He boosted the price of Thiola in 2014 while he was CEO of a company called Retrophin. (That was before he jacked up the price of Daraprim as CEO of Turing Pharmaceuticals.)

Although Retrophin has cut all ties with Shkreli, it never backed off the price hike for Thiola, and now Baum’s company, Imprimis Pharmaceuticals, sees an opportunity to compete with a low-cost alternative.

The drug is used to treat cystinuria, a chronic disease that causes amino acids in the body to form stones in the kidney, ureter, and bladder. About 30,000 people in the US have the condition, and because cystinuria is a chronic condition that requires a starting dose of about eight pills a day, at Retrophin’s price it typically costs more than $87,000 a year.

After Imprimis, a compounding pharmacy, gained attention for creating the $1 version of Daraprim, Baum said the company was contacted by patients looking for an alternative to Thiola.

Imprimis plans to combine the active ingredient in Thiola, tiopronin, with potassium citrate, a chemical often also prescribed to patients with cystinuria, he said. Compounding pharmacies like Imprimis are different from major drug companies — branded and generic alike — that have to go through the costly FDA approval process.

Instead, they use pre-approved drug compounds that can be formulated to treat certain conditions.

For the most part, these companies aren’t used as way to lower prices on branded drugs. They typically make formulations that are easier for the patient — like a liquid form for patients who have a hard time swallowing.

But for people seeking a solution to fast-rising drug prices, these companies have become one option.

“We’ve got to figure out what’s the alternative,” Mark Merritt, the CEO of Pharmaceutical Care Management Association, the trade association that represents pharmacy-benefits managers like Express Scripts, said in a December Senate committee hearing.

Merritt proposed that the government create more pathways for generics to get approved, but said that until that happens, “we’ll do more compounding.” Imprimis plans to create a whole bunch of products that can fill the gap where generic alternatives fall short.

For some off-patent drugs, generic alternatives might never be available.

“There are other reasons why for a very small segment of generic drugs there is no generic competition,” the FDA’s Dr. Janet Woodcock said last week.

For example, one of the reasons for the lack of generic competition for Daraprim is because there are so few prescriptions filled. (Only about 2,000 people are treated for toxoplasmosis in the US a year.)

That realization resonated with Baum, he said.

“All we’re doing is offering competition to those drugs that the FDA under oath has said publicly will not have generic competition.”

Baum said Imprimis has been working for months on patent-pending formulations that could put some pressure on otherwise unchallenged drugs, such as some owned by Valeant Pharmaceutical, and other companies he said are taking advantage of this “legal artificial monopoly.” That list of drugs will be released later this quarter.