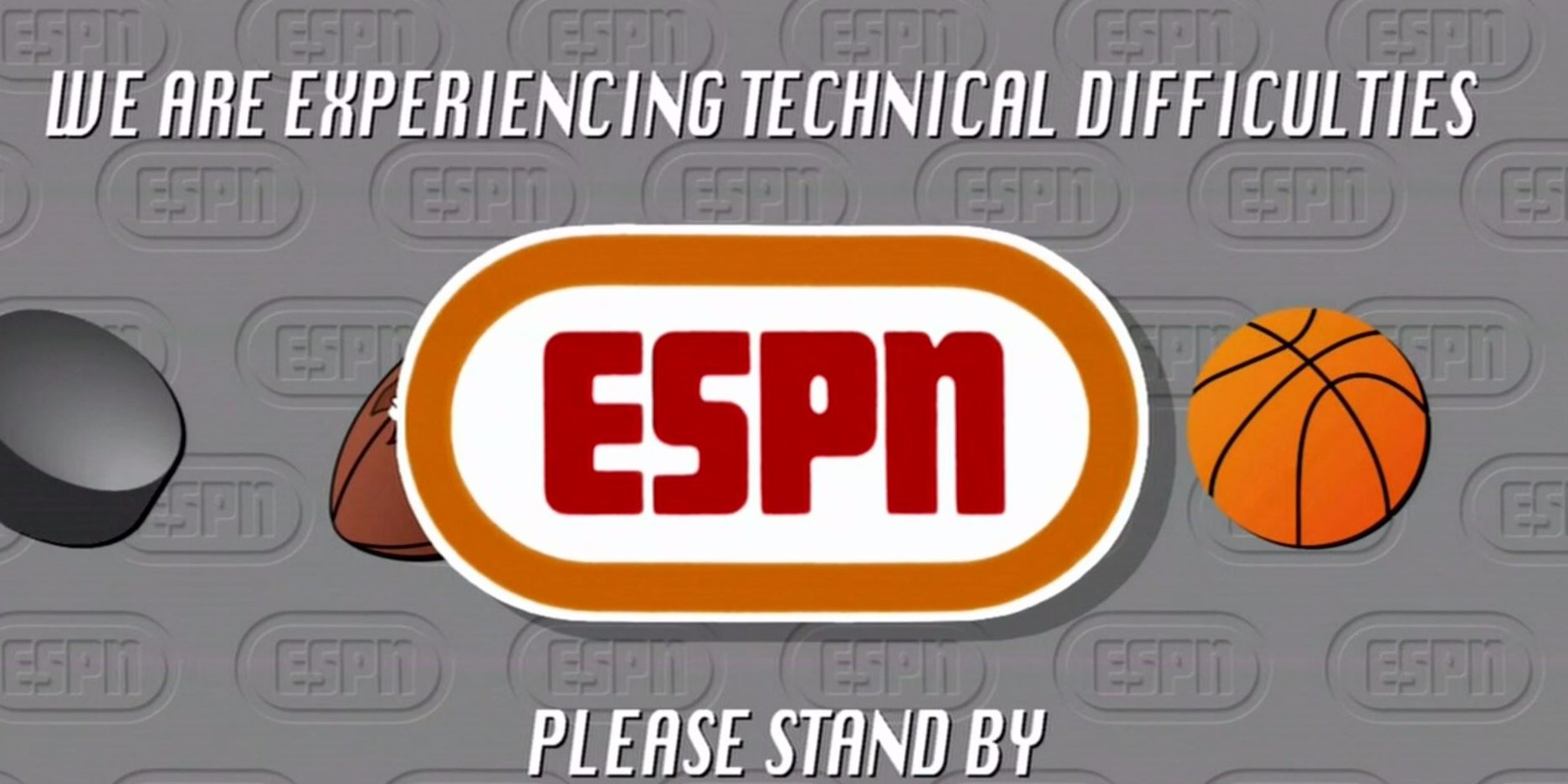 According to a recent consumer survey conducted by the marketing firm Civic Science and highlighted in a note by BTIG, more than half of cable subscribers would be happy to drop ESPN to save $8 a month.

Recent estimates have ESPN charging providers more than $6 a subscriber to carry the network.

Additionally, only 6% of the survey’s respondents said they would be willing to pay $20 a month for a Netflix-like ESPN offering. Reports have indicated ESPN would need to charge $30 for a similar bundle for it to make economic sense.

The first point is simple enough: Disney is unable to offer ESPN straight to consumers in a way that will allow Disney to see similar profitability from its signature cable channel.

Last summer, as the concerns about cable subscribers and the value of media companies came into focus, we noted that a Wall Street Journal report cited analysts who estimated that ESPN would need to charge $30 for an over-the-top offering that would bring its parent company Disney the same amount of money its channels currently do.

And so even by shaving $10 off this estimate, only 6% of survey respondents would subscribe at $20 a month. Eighty-five percent of respondents ruled out the possibility of paying for this offering; 9% were undecided.

Greenfield estimates that there are about 115 million TV households in the US — which is probably an aggressive estimate — and so being very generous to ESPN and assuming the 9% of undecided respondents did roll over and get ESPN, you’re looking at a 15% penetration rate for ESPN, or roughly 17.5 million subscribers.

This would be down from about 92 million.

And with 15% of households getting ESPN at $20 a month, revenue for the network totals $4.1 billion a year. Right now, ESPN revenue is a touch under $9 billion. Taking ESPN out of the cable bundle and bringing it right to consumers, then, cuts revenue by more than half.

ESPN, however, seems to be anticipating that leaner days are either here or coming, as the company laid off about 300 employees last fall.

This brings us to Greenfield’s second point, which is at the heart of why he’s bearish on Disney in general: ESPN is making more than the market would otherwise command.

Essentially, Greenfield’s view is that ESPN’s roughly $9 billion in annual revenue is largely a vestige of old cable agreements that require not only that ESPN be included in most bundles but that ESPN charge cable providers a significantly higher price than peers.

Recent estimates have ESPN charging providers more than $6 a subscriber to carry the network. The next-highest cable networks, for example, command charges of less than $1.50 a month.

So with ESPN getting something like four times as much per cable subscriber as competitors, the concept of overearning basically says the market would not tolerate that under different circumstances.

Overall, then, the situation does not look good for ESPN, with Greenfield writing:

The math for a direct-to-consumer offering for a basic cable network does not work, especially for channel(s) with very high monthly fees embedded within the current MVPD bundle. Disney cannot take ESPN direct-to-consumer and they know it, whether they admit that publicly or not. Furthermore, if the multichannel video bundle frays faster than expected and the TV ad market continues to weaken, ESPN’s future growth prospects are dim, at best.

Broadly, the entire cable complex isn’t sure what to make of Netflix, HBO, and the continuing fracture of what was once a cohesive cable package. But when reports surface that CBS/Viacom are considering making the CW network — which is, all things considered, a fairly middling cable station — a standalone offering, it’s clear that things are changing in a major way.

But as an ESPN-specific issue, there is a concern in the market that the network may have paid too much to acquire live sports rights like the College Football Playoff. SEE ALSO:ESPN may have given away $20 million in ad space after the college football playoff debacle

NOW WATCH: Here’s what a hiring manager scans for when reviewing résumés