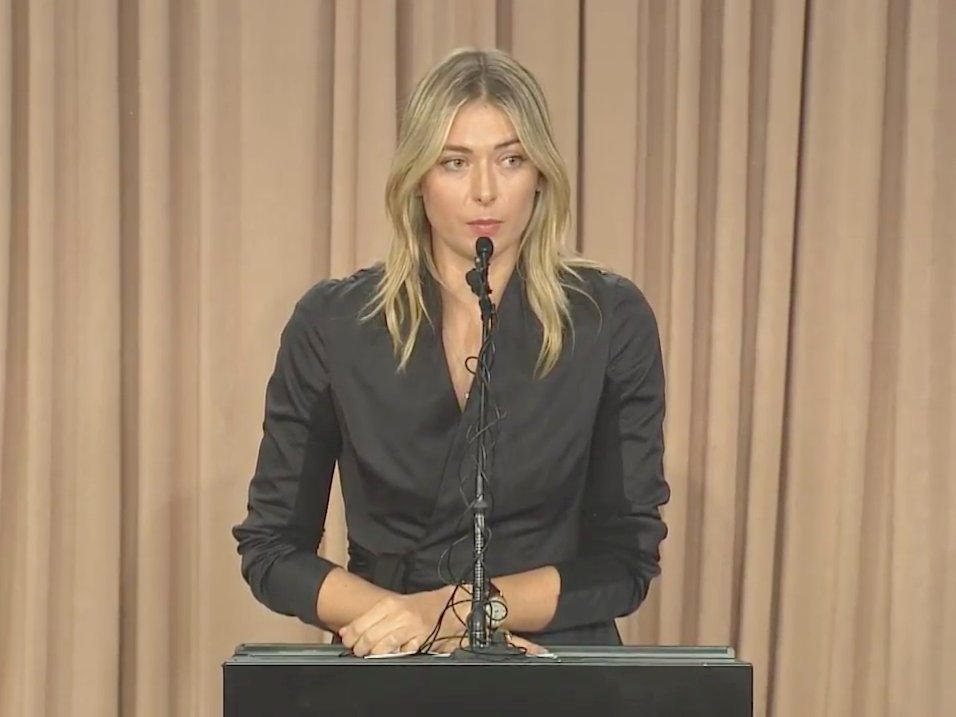 Champion tennis player Maria Sharapova has admitted that she failed a drug test at the Australian Open for taking a drug that was added to the World Anti-Doping Agency’s list of banned substances in January.

But what does the drug, meldonium, actually do to the body?

Meldonium (also known as Mildronate) is an “anti-ischemic” drug, which means it is used to treat inadequate blood flow to the organs, especially the heart.

According to the Latvian pharmaceutical company Grindex, which manufactures the drug, it not only protects against tissue damage in patients with angina pectoris (chest pain caused by heart disease), chronic heart failure, and disorders of brain circulation, but it also improves physical capacity and mental function in both ischemic and healthy people.

Sharapova said she had been taking the drug since 2006 because of several health concerns, including magnesium deficiency, an irregular EKG (a test of heart function), and diabetes, a condition she said runs in her family.

What does it do to the body?

Some animal studies and small human studies suggest that meldonium, in combination with other drugs, may help treat diabetes. But others studies suggest the drug could increase the endurance performance of athletes by increasing oxygen uptake, which is why it was banned by anti-doping authorities, the Associated Press reports.

Meldonium is legal in Lithuania, but it is not approved for use in the US. Before it was banned, meldonium was popular among Russian athletes, according to AP reporter James Ellingworth. Sharapova said she was unaware the drug had been added to the list of banned substances.

“For the past 10 years I have been taking a medicine called Mildronate by my doctor, my family doctor, and a few days ago after I received the letter from the ITF [International Tennis Federation] I found out it also has another name of meldonium, which I did not know,” Sharapova said, according to the BBC.

She added that she had been legally taking the medicine for the past 10 years.

But the tennis star isn’t the only athlete who has tested positive for this drug. Former European ice-dancing champion Ekaterina Bobrova also told Russian media on Monday that she had failed a drug test for taking meldonium, the AP reported. And in February, media sources reported that former world champion 1,500-meter runner Abeba Aregawi had tested positive for the drug.

SEE ALSO:Maria Sharapova revealed she failed a drug test at the Australian Open

DON’T MISS:Here’s how long various drugs stay in your body