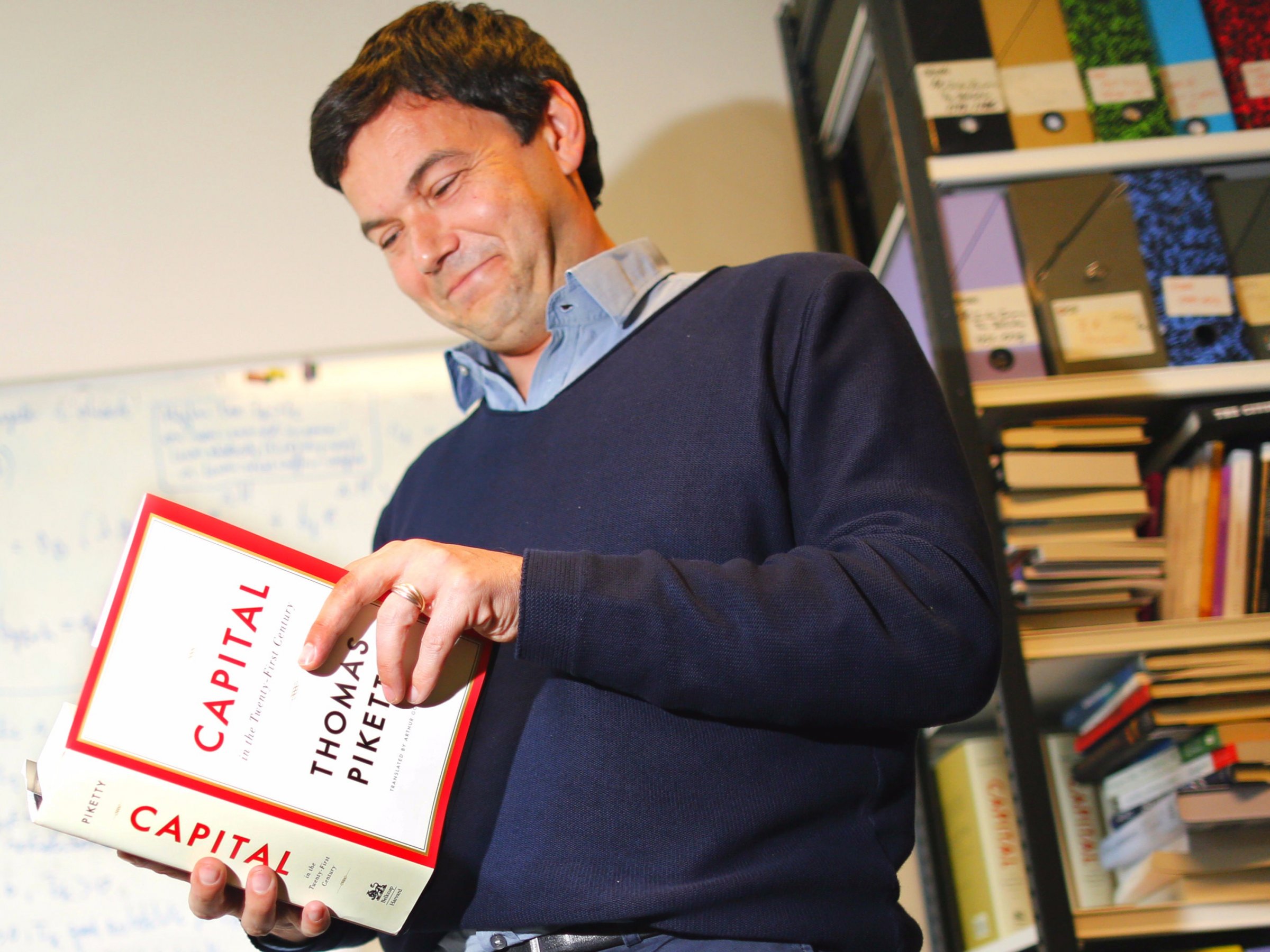 French economist and academic Thomas Piketty, poses in his book-lined office at the French School for Advanced Studies in the Social Sciences (EHESS), in Paris May 12, 2014.REUTERS/Charles Platiau

Thomas Piketty, a Nobel Prize winning economist, shot to fame in his 2013 when he published his book “Capital in the Twenty-First Century,” which focuses on wealth and income inequality.

But the latest study of data from, the yet to be published, The Sunday Times Rich List is the latest in a line of commentary that challenges his claims from thatwealth typically remains in the same families for generations.

The Sunday Times Rich List, which will be released in May, was studied by the Centre for Economics and Business Research. The CEBR pointed out in the study in that there has been a huge shift in how the richest people in Britain get their money.

“Wealth is often gained and lost within three generations,” says the report. This means that getting into the list, which ranks the 1000 richest people in Britain, and then exiting it, is a “revolving door.” It is no longer a list that mainly features aristocrats.

“The Sunday Times Rich List data challenges the idea that wealth sits in the same families’ pockets for generation after generation. The very rich are a changing cast of people,” said Professor Douglas McWilliams, who conducted the research, to The Sunday Times. McWilliams is set to feature his findings in a forthcoming book called “The Inequality Paradox.”

“The reality is that there is a lot of truth in the old Lancashire term ‘from clogs to clogs in three generations’.”

Piketty is one of the most famous left-wing economists in the world after he released his book “Capital in the Twenty-First Century” in 2013.

He was heralded by the left-wing for his claims that wealth inequality had widened in the UK and that, generally, the rich are just getting richer because when a family makes a fortune, it just keeps getting passed on from generation to generation.

He then joined Jeremy Corbyn’s economic advisory council for the Labour party in 2015 on the leader’s pledge to cut UK austerity implemented by the Conservative government. The council was set to meet four times a year to prep shadow chancellor John McDonnell and give lectures to MPs on economic matters in Westminster.

However, a number of analysts and economists have criticised Piketty’s findings. The most notably being the Financial Times which questioned Piketty’s conclusionthat wealth inequality had widened in the UK. Others also joined in and Piketty responded to the allegations in detail and did a follow up with the FT.

Piketty also then quit his role as an advisor to the Labour party in June, 2016, just one week after the EU referendum, blaming its “very weak” EU referendum campaign and thathe was “deeply concerned” with the prospect of a Brexit.