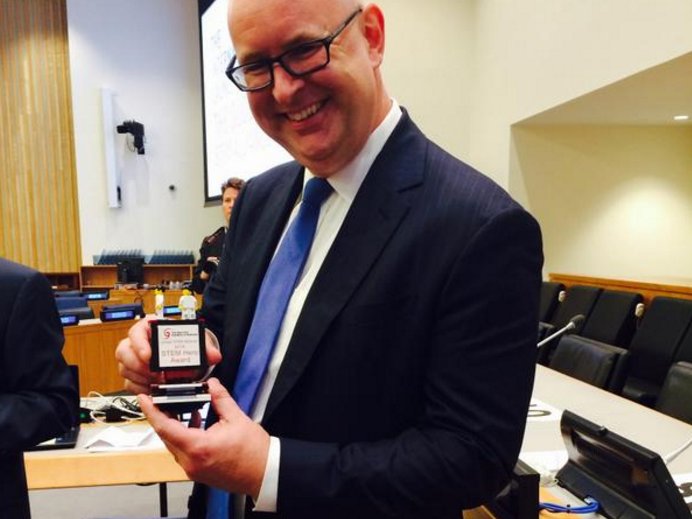 Here’s the advice Goldman Sachs is giving its multimillionaire clients

GOLDMAN SACHS: The US equity market has structural issues

Goldman Sachs executive Paul Walker, cohead of the bank’s technology division, is retiring after 15 years at the firm.

Don Duet, who ran the division alongside Walker, will become its sole head, according to an internal memo seen by Business Insider.

Walker, 45, will stay on as an advisory director to the bank.

People who know Walker say that he’s admired for the way he engages with young employees and his smarts. He is known as a mentor to young engineers and holds office hours for them.

“During his tenure at Goldman Sachs, Paul has played a critical role across a number of our businesses, leading many of the Technology Division’s initiatives and most recently driving our engineering strategy from concept to implementation,” chief information officer Marty Chavez wrote in the memo.

At its core, Goldman Sachs is still a financial-services company. For the bank, investing in technology that adds services or makes its employees more efficient has become an important business opportunity.

Goldman leadership has begun to frequently refer to the firm as a “technology company.”

Walker joined Goldman Sachs in 2001 as a vice president in FICC strategies. He was named managing director in 2004 and made partner in 2008. In 2013, Walker was named cohead of the technology division around the time that Chavez was tapped to assume the role of chief information officer.

Walker is also a member of Goldman’s Partnership and Firmwide Technology Risk committees.

SEE ALSO:Goldman Sachs is starting to cash in on its tech investments