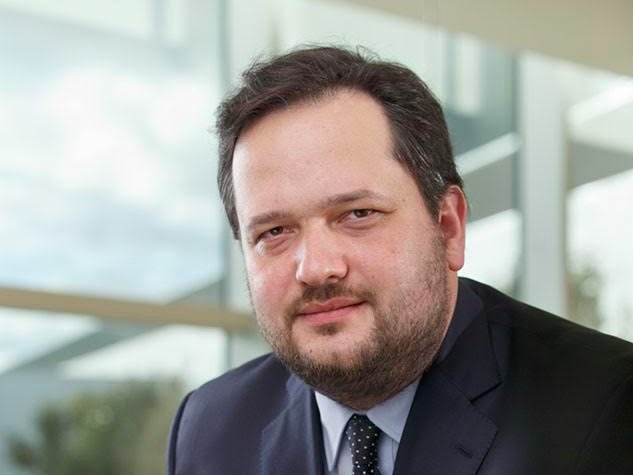 When Slawomir Krupa moved to New York in 2015, he had a lot to learn.

The head of Societe Generale Americas previously ran a group of businesses in central and eastern Europe, the Middle East, and Africa before his move to the US. Taking up his role meant moving to a new city, a new country, and a new business culture.

Business Insider recently sat down with Krupa and talked through some of the cultural differences in the US that struck him when he arrived in the Big Apple.

“What I’ve found as an individual coming here to the US is that the level of pragmatism you have here across the board, from your doorman to the highest-level executives, is phenomenal,” he said.

In other words, there’s much less embarrassment about asking to be paid for services provided, and there’s more openness to those who can bring something new to the table.

“If you are committed and you are good at something, you are in business,” he said.

While that might sound like a truism, it has relevance for Societe Generale’s strategy in the US. Krupa says the bank is hoping to win more business with existing clients, as well as close some gaps where it does some business with clients but not other bits of business.

Matt Turner: You said you’re looking at doing more with your existing clients?

Slawomir Krupa: There are very big players that outrank us structurally in the US market, but what I’ve found as an individual coming here to the US is that the level of pragmatism you have here across the board, from your doorman to the highest-level executives, is phenomenal. I think it is a very interesting feature of this market.

That coupled with its depth, which is something you touch physically when you operate here — all these people that have a 200-square-meter office on the next corner and run some $2 billion or $3 billion fund of something. You start to talk to them, and it’s not just $2 billion of something, it is $2 billion in that specific segment of that market, with that kind of approach and investment style and very specific expertise.

When you pool these things together, if you deliver consistent, high-quality service on stuff that you know you know what you are talking about, there is growth potential.

Turner: I think I know what you are getting at, but can you explain that?

Krupa: I think at the end of the day, relationships — let us say pure, nonfactual relationships — play a role everywhere in the world. And, of course, it plays a role here. Except for cross-border deals with European clients, we are not in the M&A advisory business in the US with US clients and targets. There it is a little bit different and relationship-driven.

Elsewhere, people here, they want good service for a good price, and they are willing to make that their first criteria of choice, much more than in Europe or emerging countries, where it is more old-school. It is a little more objective and meritocratic.

Turner: It’s interesting you say that, because as a Brit in New York, I’ve recognized the same thing.

Krupa: Basically, it’s a value chain on the banking side, on the client relationship side. I don’t want to sound too judgmental, but if you commit in a higher tier, you know all over the world, in developed countries and emerging countries, yes, there is more and more of follow-up, making sure they understand who contributes the most and trying to generate the right reward. But here it is more systematic.

Let’s put it that way: If you are committed and you are good at something, you are in business.

NOW WATCH: A $2.5 trillion asset manager just put a statue of a defiant girl in front of the Wall Street bull