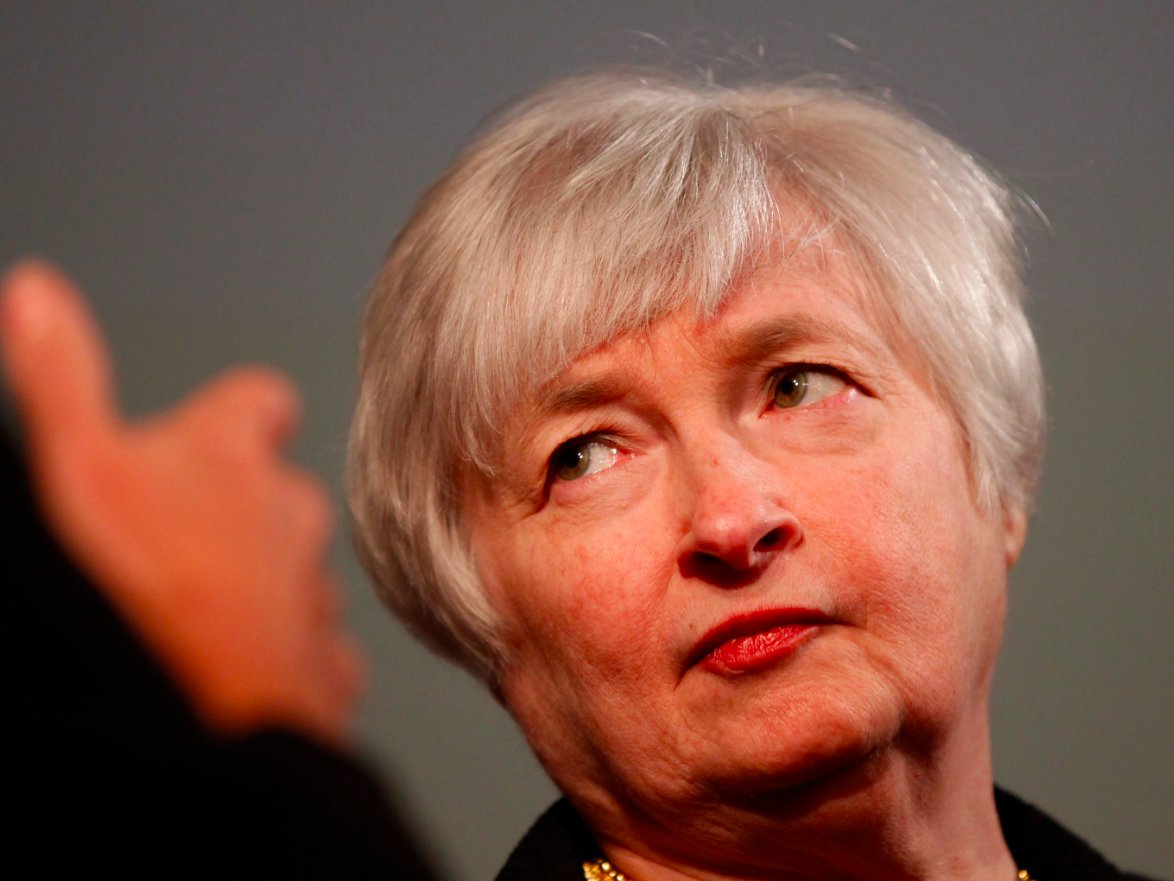 Consumers aren’t worried about a recession, and that’s all that matters

Fed Chair Janet Yellen pulled off something remarkable in 2015

The Federal Reserve on Friday released transcripts from all of its 2010 meetings, which include thousands of pages of discussion among past and current Fed officials.

Of course the name we’re most interested in right now is what current Fed Chair Janet Yellen had to say back in 2010 when she joined the Federal Open Market Committee as Vice Chair. (Yellen had been President of San Francisco Fed before that.)

According to the transcript from the November 2-3, 2010 meeting, Yellen outlined her view on what had been plaguing the US economic recovery to that point and what could weigh on things going forward.

And Yellen’s assessment was spot on.

In her assessment, Yellen explained that US consumers — the driving force of the economy — were doing two things that worked against major upturns in economic progress going forward.

Namely: getting rid of debt and saving more money.

“With respect to risks to the forecast, I continue to judge the uncertainty attached to my projections as unusually high,” Yellen said. “An especially large source of uncertainty pertains to consumer spending.”

The Tealbook [this is the Fed’s internal summary of economic activity] assumes that the personal saving rate will stabilize around 5.25%, and a forecast along these lines appears roughly consistent with the life-cycle consumption equations relating spending and income and wealth. But I remain concerned that the process of balance sheet repair in the aftermath of the financial crisis could involve more significant deleveraging by households and a rise in the personal saving rate above the Tealbook baseline, resulting in outcomes like the weaker recovery alternative in the Tealbook.

As the financial crisis gripped the economy households began spending money to pay down debt, also known as “deleveraging.” And for an economy that relies on consumer spending — much of which as done through borrowing — the focus on de-leveraging was a major problem (as counterintuitive as that may sound to some).

Additionally, consumers were increasing their savings rate, which was and continues to be a reaction to a number of factors, not the least of which is considerable anxiety about retirement savings from workers who saw investment portfolios.

Now, saving is good. In general. But remember that the US is a consumer-based economy, and so when people begin to “hunker down” and think about reducing debt and saving money the outlays into the economy are decreased. Hence, slower growth and a slower recovery.

In some interpretations, the ideas advanced by Yellen could seen as part of the Larry Summers-popularized “secular stagnation” thesis, which basically says there isn’t enough aggregate demand in the economy to push up inflation or interest rates, though Yellen doesn’t make the argument using the same terminology (Summers didn’t re-introduce the idea of secular stagnation until 2013).

And so in this chart we can see the deleveraging in the purple line and the high savings rate in the red line. Said another way, things played out as Yellen suspected they might. Yellen’s also added that if the labor market recovered she would look for an increase in auto sales:

The bottom line is that further deleveraging poses a real risk to the expansion, and this risk is exacerbated by very low inflation. In fairness, though, I think the risks relating to consumer spending are two- and not one-sided. By now, there appears to be considerable pent-up demand for autos and other consumer durables, which could trigger more rapid growth in spending if the job market improves and uncertainty about future income abates, similar to the stronger recovery scenario.

And here we are: SEE ALSO:Consumers aren’t worried about a recession and that’s all that matters

NOW WATCH: 40 Macy’s stores are closing — find out if yours is one of them and when the clearance sales start