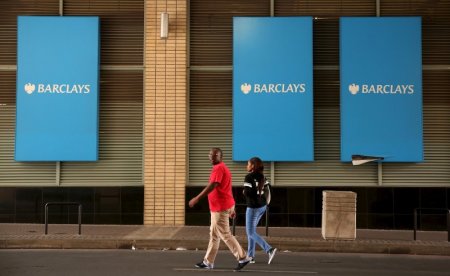 Thomson ReutersA couple walks past a Barclays logo in Johannesburg

WASHINGTON (Reuters) – Barclays and Credit Suisse are poised to settle federal and state charges that they misled investors in their dark pools, with Barclays admitting it broke the law and agreeing to pay $70 million, according to a person familiar with the matter.

The settlements between the banks and the Securities and Exchange Commission and New York Attorney General, which are expected to be formally announced on Monday, will mark the two largest fines ever paid in connection with cases involving dark pools.

All together, the banks are expected to pay a combined total of $154.3 million, said the source, who spoke anonymously because the deal has not yet been finalized and made public.