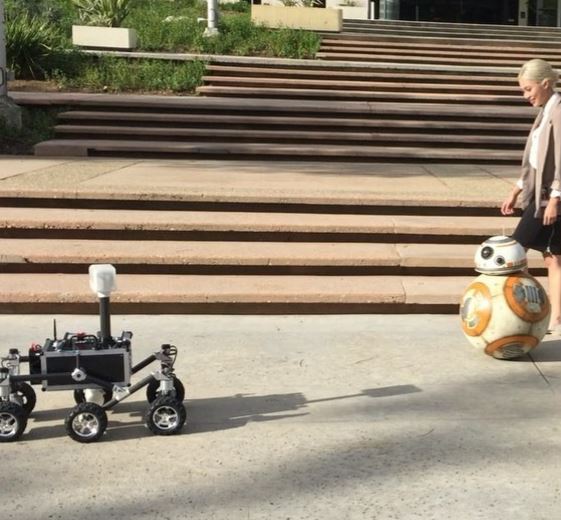 Now this is great. BB-8, the drone made famous in Star Wars: The Force Awakens recently had a chance to meet a few colleagues that have – and I hate to undermine BB-8 – actually been to space. In cute photo gallery published by NASA and the Jet Propulsion Laboratory (JPL), in addition to a few of the people who work there, we can see the BB-8 meeting a few earthling friends.

In one photo posted to Twitter by the official Curiosity Rover account, BB-8 is seen taking what appears to be a cute selfie with a martian rover:

The Force is strong with this one. #BB8 learns of @NASA‘s #JourneyToMars from my test double in @NASAJPL‘s #MarsYardpic.twitter.com/kBUWNxnCm5

In several other photos, BB-8 is photographed with other NASA/JPL robots and scientists. Think the drone is trying to weasel its way into an actual spaceship? Who knows, but it’s certainly making the right friends. Check out the full gallery above.