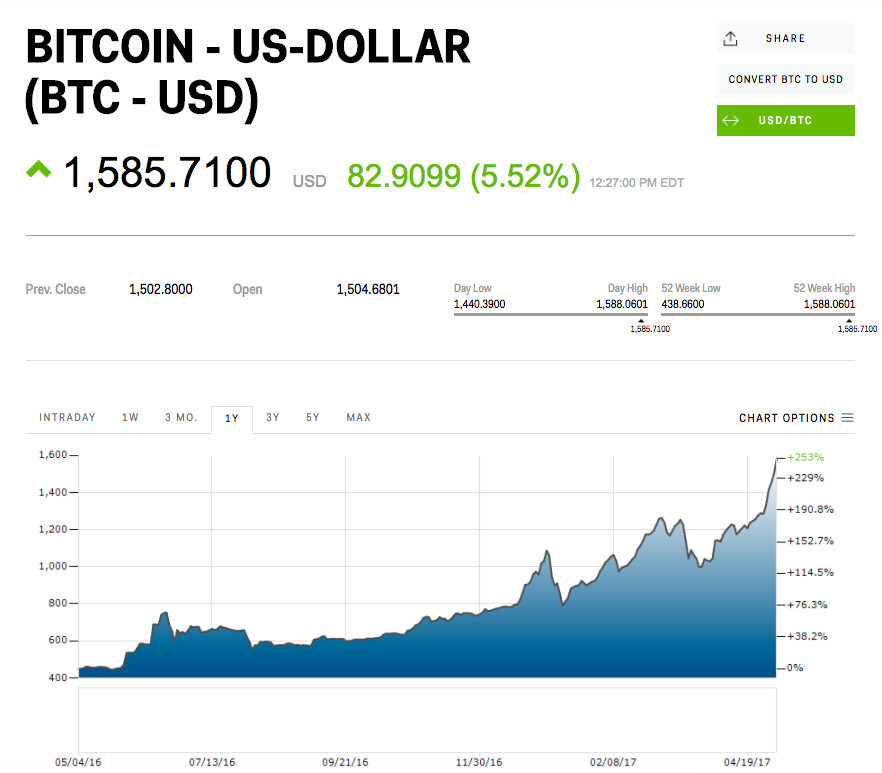 The recent rally has lacked any real catalyst, with traders seemingly keying in on hope the US Securities and Exchange Commission will reverse its decision to the reject the Winklevoss ETF. A decision is due by May 15.

Back in March, the SEC rejected the plans for two bitcoin ETFs, saying it “is disapproving this proposed rule change because it does not find the proposal to be consistent with Section 6(b)(5) of the Exchange Act, which requires, among other things, that the rules of a national securities exchange be designed to prevent fraudulent and manipulative acts and practices and to protect investors and the public interest.”

Bitcoin has overcome China restricting trade, the SEC’s rejecting of two bitcoin ETFs, and threats from developers of creating a “hard fork” that would split the cryptocurrency in two to post a 67.5% gain so far in 2017.

It’s been the top performing currency every year since 2010, aside from 2014. SEE ALSO:We bought and sold bitcoin — here’s how it works

NOW WATCH: These are the small, agile new aircraft carriers meant to take F-35s into battle