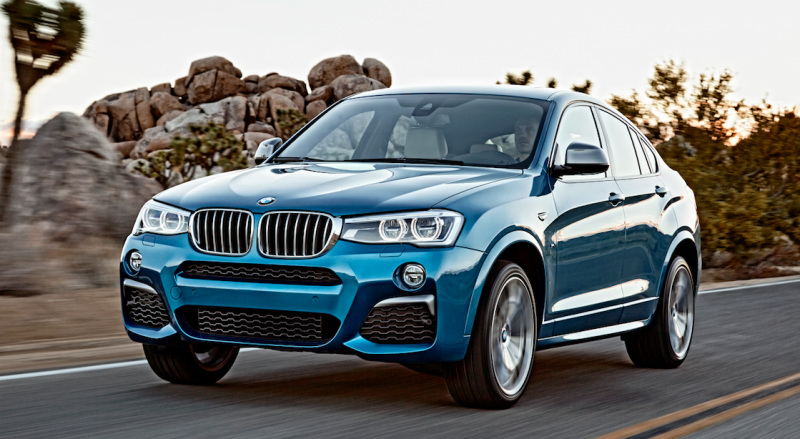 The BMW X4 is basically an X3 without space in the back for human heads. What do you need to know before you buy a BMW X4? Don’t worry, we’ll tell you everything right here in our Buyer’s Guide.

The BMW X3 is a decent little crossover. Based on the 3 Series platform, it offers decent dynamics, good utility and solid fuel economy numbers. Its stablemate, the X4, keeps two of those characteristics, but makes a compromise on the utility front. It also costs more.

BMW thinks there’s a group of people out there who need the ride height of an SUV, but still want to drive something that looks sporty. So the Bavarians “invented” a market segment with their X6 “Sports Activity Coupe.” The X4 looks like a shrunken down version of that car, and like its big brother, it’s one of the strangest looking vehicles on the road.

The whole point of the X4 is to appeal to people who like the idea of the X3, but want a bit more of an aggressive, streamlined look. So BMW made the X4’s front end a bit sharper and edgier than the X3s. They lowered the roof line to bring down the visual center of gravity, they dropped the seating position by nearly and inch and sculpted wide, brawny rear fenders. They also tuned the transmission, suspension and steering to be a bit sportier. BMW says that, compared to the X3, the X4 “reveals a dynamic personality all its own and an even more ebullient character.”

What you end up with is a chopped X3 that looks fast. And that’s fine if you’re into that sort of thing.

The BMW X4 was all-new for 2015 after launching at the 2014 New York Auto Show. BMW showed the world a car that looks like a miniature X6. It’s 0.6 inches longer, but 1.5-inches lower than its big brother, giving it a more “sporting” look.

The X4 debuted with powertrain options similar to those of the X3, except the X4 doesn’t get a diesel option and a rear-wheel drive variant is not available. The same 240-horsepower 2.0-liter turbo inline-four and 300-horse 3.0-liter turbo inline-six engines from the X3 make their way to the X4, and, like in the X3, both are bolted to an eight-speed automatic transmission.

For 2016, BMW adds enhanced USB and Bluetooth to the standard equipment list and Harman Kardon surround sound becomes the standard system for the xDrive35i.

But it’s not just straight-line speed that the M40i brings to the table: BMW has tweaked the xDrive all-wheel drive system to make it more rear-biased. Sounds like fun.

If we were looking to buy a chopped version of the X3, we’d grab the xDrive35i and throw on a few “fun” options. The way we figure, if we’re thinking about spending 50 grand on an impractical, questionable-looking version of an X3, we’re probably looking to get some driving excitement out of it and we’ve clearly got some cash to burn, so we might as well go big.