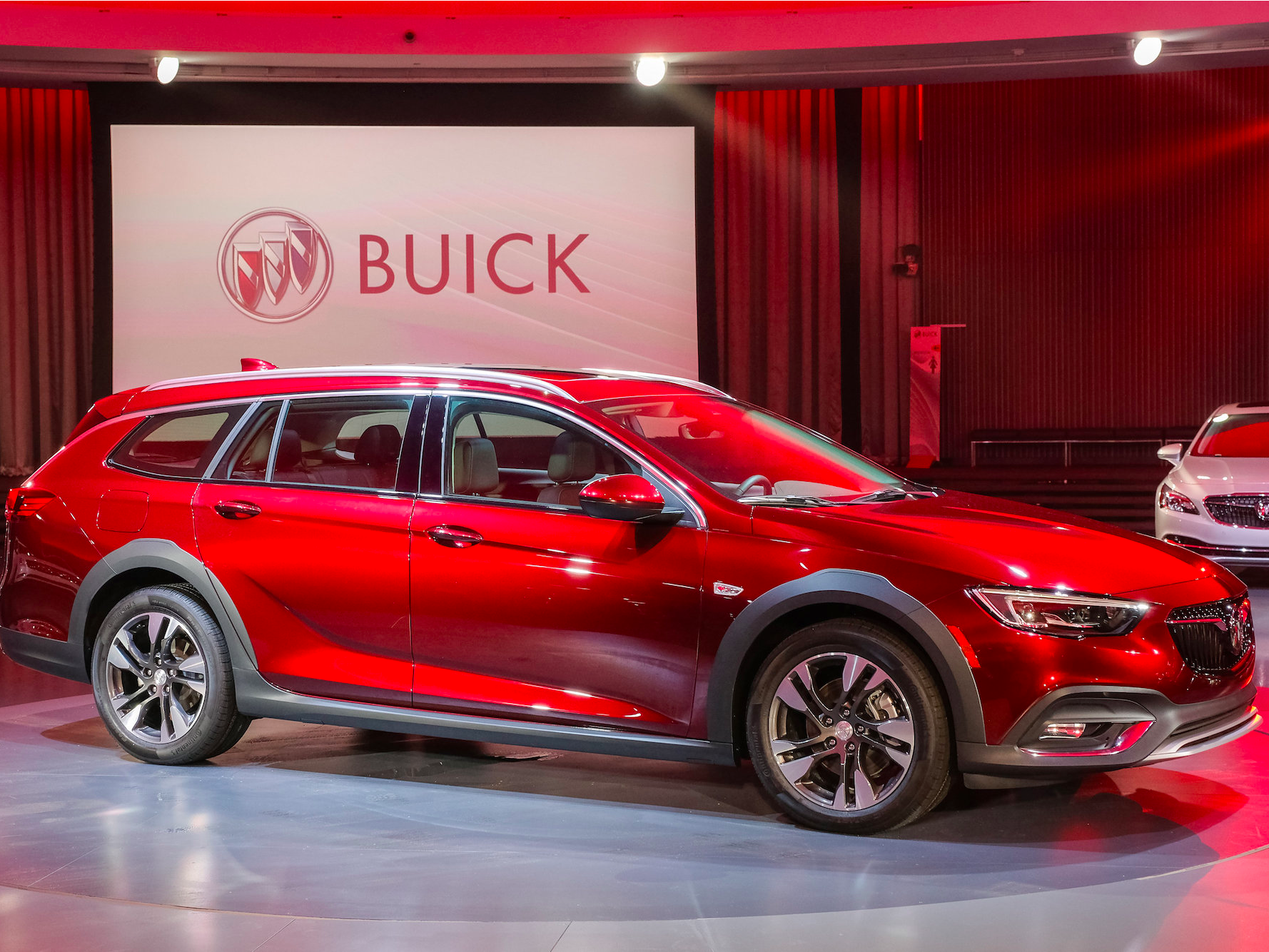 And in a stunning departure from the status quo, Buick’s sleek new model will come in two very distinct flavors — The Regal Sportback and the Regal TourX.

But, the biggest news comes in the form of the Regal TourX. It’s the latest in a long line of great Buick wagons — this time with a much more rugged feel.

“Regal TourX is a crossover in the truest sense of the word, with the drive dynamics of a car and the versatility of an SUV,” Buick boss Duncan Aldred said in a statement. “Additionally, it continues a trend set by the Cascada and Encore of bringing Buick’s contemporary design and attainable luxury credentials to new segments where customers are looking for more.”

As a result of its crossover designation, the TourX is physically very different from its Sportback sibling. The Wagon is 3.4 inches longer, an inch taller, and has a more pronounced rear greenhouse than it’s coupe-like counterpart.

Differences aside, both have been created to accomplish a singular mission— take on the Germans.

While the Sportback’s target is the Audi A5 Sportback and the BMW 4-Series Gran Coupe, the TourX will be aimed directly at Audi’s superb A4-based Allroad wagon and the BMW 3-Series Sportwagon.

Like the previous generation Regal, the Sportback and the TourX both feature a heavy dose of Teutonic DNA from GM’s now-departed Opel division. In fact, both Regal variants will be built in Germany and imported into the US.

To do battle with Audi and BMW, Buick has armed both variants with a 2.0 liter, 250 horsepower, turbocharged inline-four-cylinder engine coupled with an 8-speed automatic transmission and an advanced twin-clutch all-wheel-drive system. The Sportback is also available in front-wheel-drive guise with a 9-speed automatic.

In addition, both versions of the Regal will get GM’s industry-leading infotainment system with OnStar, full Apple CarPlay/Android Auto comp ability, and 4G LTE connectivity running through an available 8-inch touchscreen. display.

Further, the 2018 Regal is available with a complete suite of driver’s assistance features including adaptive cruise control, lane-keep assist, and pedestrian braking.

The Regal also gets Buick’s new active hood pedestrian safety system that lifts the back of the hood up 4 inches using a pyrotechnic actuator when the car senses it is about to collide with a pedestrian while traveling between 16 mph to 30 mph. The system is designed to mitigate trauma caused by the impact on the pedestrian.

Performance figures and official pricing for the Regal Sportback and TourX are not yet available. Both versions of the 2018 Buick Regal are expected to arrive in showrooms in the fourth quarter of 2017.

NOW WATCH: These are the watches worn by some of the most powerful men in finance