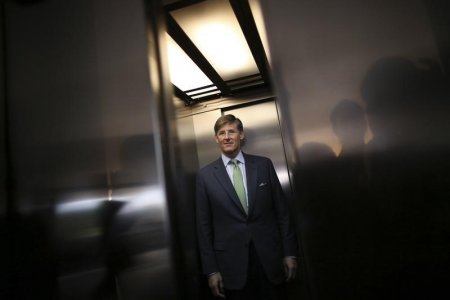 Thomson ReutersMichael L. Corbat arrives at the Planalto Palace before a meeting with Dilma Rousseff in Brasilia

(Reuters) – Citigroup Inc raised Chief Executive Michael Corbat’s pay by about 27 percent in 2015, a year in which the bank’s profit more than doubled.

Corbat earned about $16.5 million last year, compared with $13 million in 2014, according to the compensation approved by Citi’s board.

Stumpf’s pay mirrored the performance of Wells Fargo’s stock, which was almost flat at the end of 2015 compared with the previous year.

Both Stumpf and Corbat earned less than JPMorgan Chase & Co’s Jamie Dimon. The chief executive of the largest U.S. bank by assets saw his 2015 pay was hiked by 35 percent to $27 million.

Citi’s net income more than doubled to $17.2 billion in 2015, its highest since 2006, as Corbat works through his plan to exit businesses where profits and prospects are not worthwhile.

The Wall Street bank’s board approved larger packages for its key executives even as the company continues to aggressively cut costs elsewhere by exiting less profitable markets and businesses.

Total expenses at Citi fell more than 20 percent in 2015.