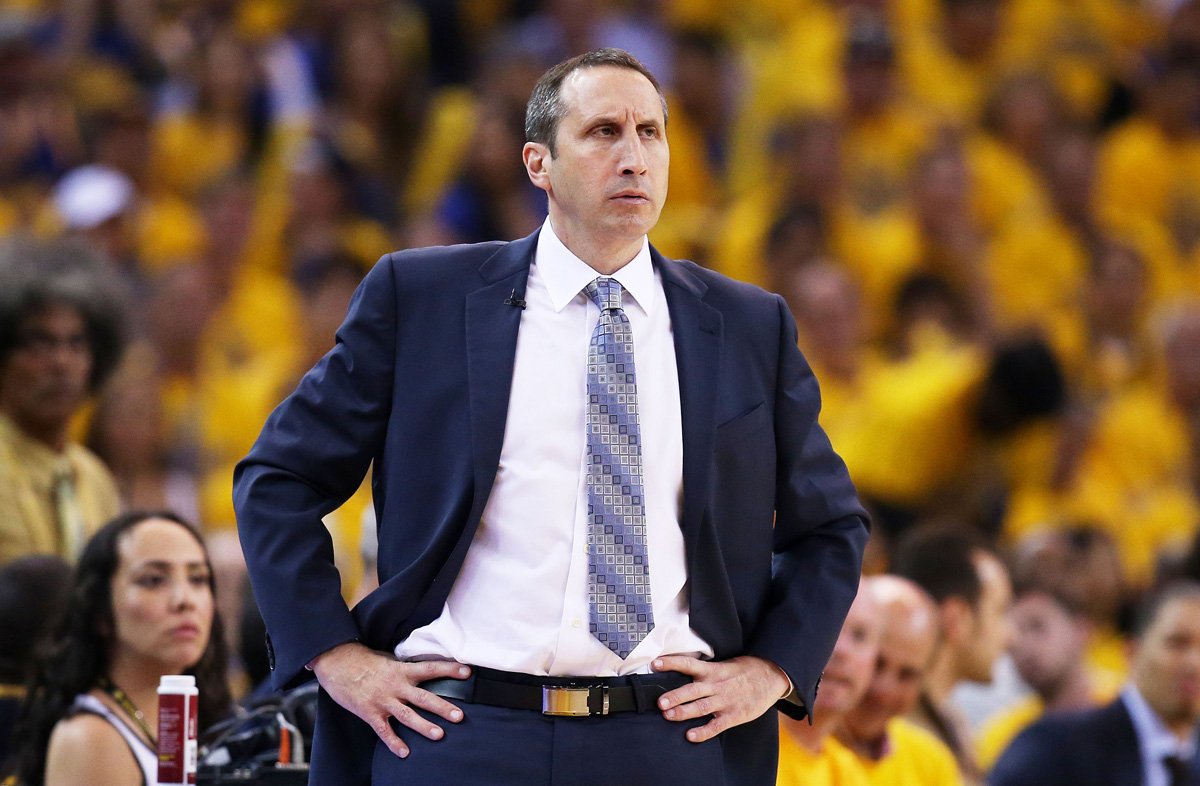 The Cavaliers are first in the Eastern Conference with a 30-11 record. Last year, Blatt’s first in Cleveland and first in the NBA, he led them to the NBA Finals, where they lost in six games to the Golden State Warriors.

“I am very grateful to have had the opportunity to serve as the head coach of the Cleveland Cavaliers,” Blatt said in a statement released by his agency, Priority Sports. “I’d like to thank Dan Gilbert and David Griffin for giving me this opportunity and am honored to have worked with an amazing group of players from LeBron James, Kyrie Irving and Kevin Love through our entire roster.”

According to Wojnarowski, Cavaliers assistant coach Tyronn Lue has agreed to a three-year deal as head coach.

ESPN’s Brian Windhorst reports that despite the team’s public support of Blatt, there was growing unrest in the locker room.

Despite positive comments publicly, there had been unrest growing in Cavs locker room. Frankly, it had been there since almost day one.

Despite up and downs, Blatt has had one ardent supporter in Cavs organization and that was owner Dan Gilbert.

LeBron James was informed of the decision to fire David Blatt today, he was not consulted on decision sources said

Blatt was named head coach in Cleveland before LeBron James announced his decision to return to Cleveland prior to the 2014-15 season, and many speculated that had James announced earlier, Blatt never would have been hired.

Over the course of the past season and a half, their relationship has been testy. During last year’s Finals, ESPN’s Marc Stein reported he saw James “emasculate” Blatt during the huddle.

LeBron essentially calling timeouts and making substitutions. LeBron openly barking at Blatt after decisions he didn’t like. LeBron huddling frequently with [assistant coach Tyronn] Lue and so often looking at anyone other than Blatt.

There was LeBron, in one instance I witnessed from right behind the bench, shaking his head vociferously in protest after one play Blatt drew up in the third quarter of Game 5, amounting to the loudest nonverbal scolding you could imagine.

Which forced Blatt, in front of his whole team, to wipe the board clean and draw up something else.