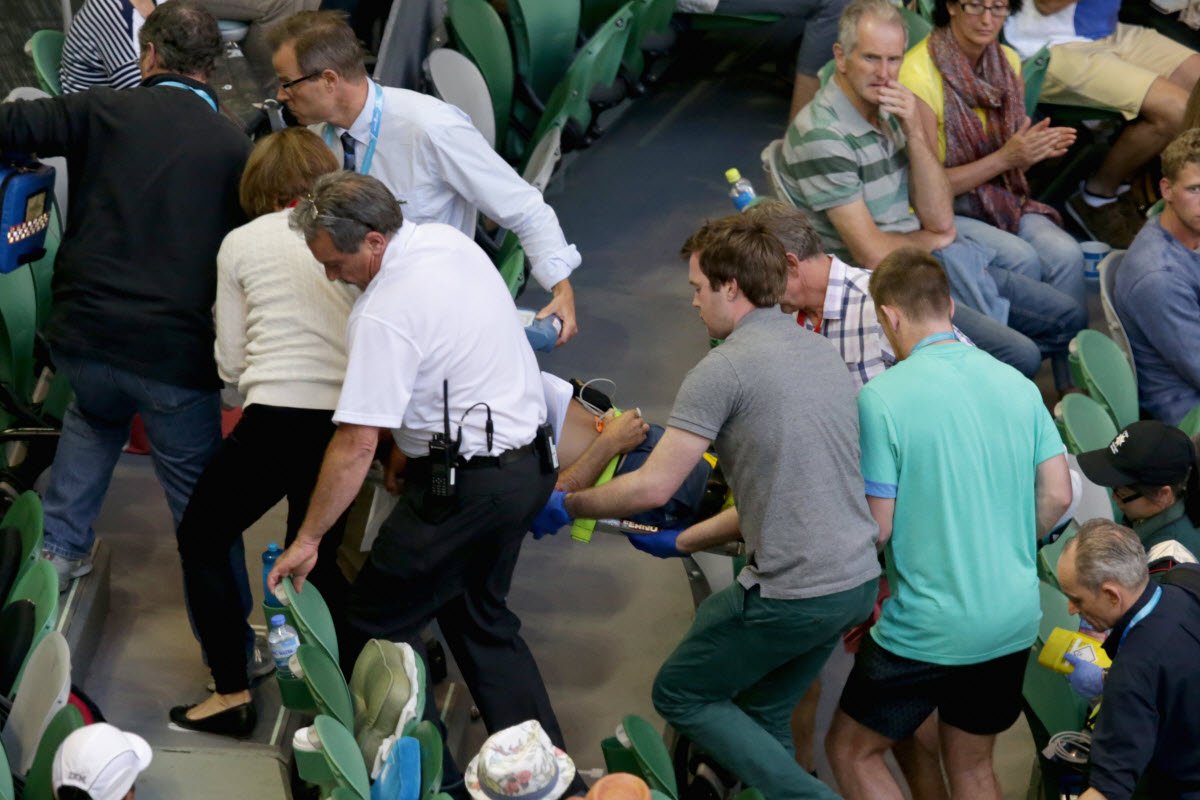 Nigel Sears, the coach for Ana Ivanovic, collapsed on a stairwell in the middle of her third-round match against Madison Keys at the Australian Open.

Sears, who is also the father-in-law of Andy Murray, was apparently walking on the stairs when he collapsed. After being treated in the stands, he was taken by ambulance to a local hospital, where he is conscious, according to ESPN.

There was an unconfirmed report from ESPN that a defibrillator was used on the 58-year-old Sears before he was removed on a stretcher. There was also a report of blood, with ESPN announcers speculating that the blood may have been from falling and hitting his head. According to ESPN, Sears has a history of medical issues.

When Ivanovic first became aware of the commotion in the stands, she went to the chair umpire and can be heard saying, “I think it is my coach.”

EMTs worked on Sears for several minutes before taking him away on a stretcher. Ivanovic was visibly shaken in the tunnel underneath the stands. However, after a 50-minute delay, Ivanovic and Keys returned to the court and resumed their match. Tournament officials did give the women a choice to delay the rest of the match until the next day. Ivanovic did appear to be in better spirits upon the resumption of the match, even cracking a smile. Announcers speculated that she may have been given some good news about her coach’s condition.

Keys went on to win the match in three sets, winning 12 of the 19 games after the Ivanovic’s coach collapsed.

NOW WATCH: This pilot does incredible acrobatics in an airplane