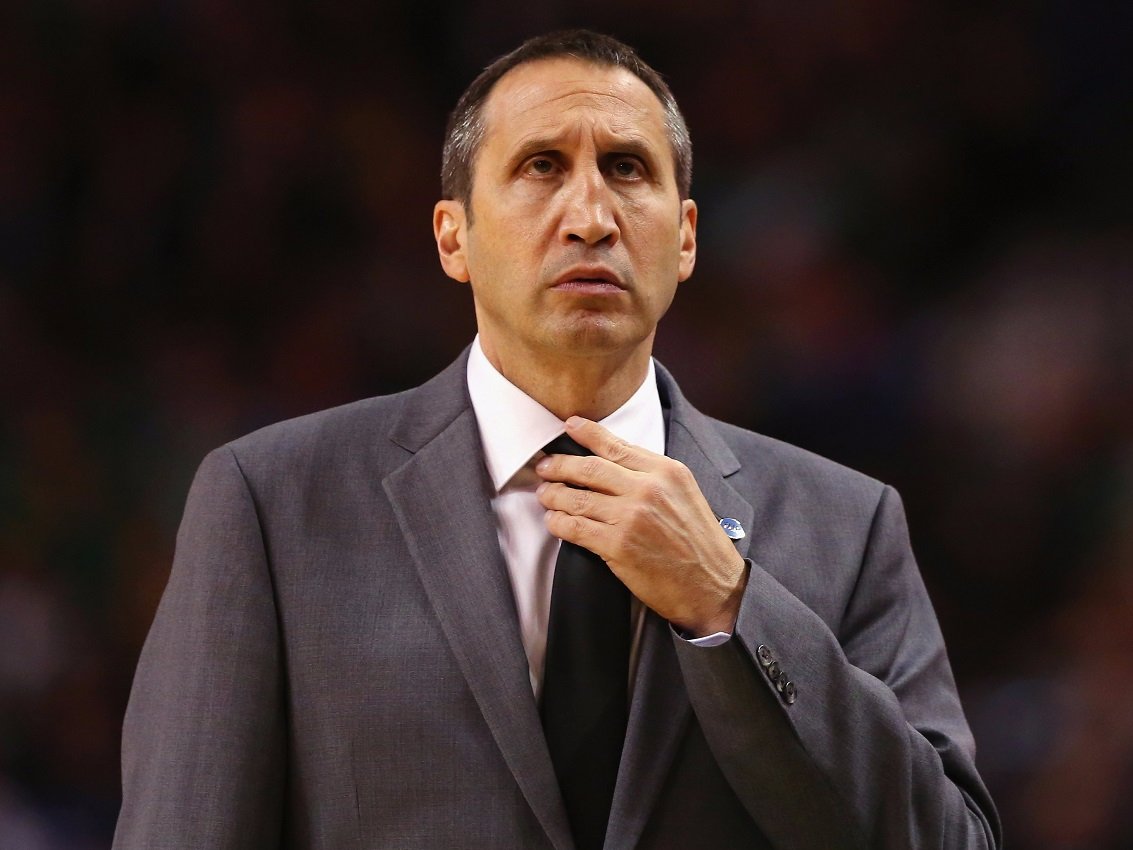 Despite guiding the Cavaliers to the Finals last year and helping the Cavs build a firm lead for first place in the Eastern Conference this year, the Cavs and Blatt never seemed to have a strong relationship.

Though the timing of the move came as a total surprise, that the Cavs decided to move on from Blatt seemed somewhat inevitable, as multiple reports confirm.

Yahoo’s Adrian Wojnarowski and ESPN’s Brian Windhorst and Dave McMenamin put out two damning reports that paint how strenuous the relationship between Blatt and Cavs’ players, particularly LeBron James, was.

Perhaps the first nail in Blatt’s coffin was that LeBron James decided to return to Cleveland in 2014. Blatt had been hired before James’ return to help develop a young team that at the time was centered around Kyrie Irving and 2014 No. 1 draft pick Andrew Wiggins. Instead, James returned, then orchestrated a trade for Kevin Love, and later the Cavs added veterans in J.R. Smith, Iman Shumpert, and Timofey Mozgov.

As one source told ESPN, “David was hired to coach a developmental team and young players who would’ve wanted to please him. He ended up coaching a finished product where the players expected him to please them.”

Another problem from the outset was the view of Blatt’s record. Blatt coached several highly successful teams overseas and won several championships. Yet, to NBA players, Blatt was a rookie. ESPN notes that Kyrie Irving playfully called Blatt a “virgin” of the NBA after Blatt won his first game as Cavs head coach. Blatt often felt disrespected by the perception that he was a rookie head coach, telling media last season, “I’ve been a head coach for 22 years. People overlook that too easily and, I think, unfairly. I am not now, nor have I have been for quite some time, a rookie coach.”

However, as players grew disenchanted with Blatt’s performance as coach, assistant coach Tyronn Lue (once a candidate for the coaching job before Blatt was hired) became a central focus of LeBron and the Cavs. Players respected Lue as a former player, and Lue often had to handle aspects of coaching that Blatt couldn’t handle, such as timeouts. James often consulted with Lue over Blatt during games.

Additionally, LeBron began to take play-calling into his own hands. He admitted last year that he was above asking coaches to change roles on the floor, and he often would verbally disagree with Blatt’s play-calling. As Wojnarowski writes, “As the games wore on, opposing players on the floor weren’t only watching James constantly wave off plays from the coach – but role players feeling emboldened to disregard the head coach’s instructions, too.” Furthermore, ESPN reports that players were in a fairly upfront rebellion of Blatt. Windhorst and McMenamin say Cavs players would complain about Blatt to opposing players during games. On the road, a Cavs player once used the home team’s therapy pool and loudly complained about Blatt’s coach, “his thoughts literally echoing throughout the home locker room.”

Last season, the pressure on Blatt lessened once the Cavs began winning, and he proved adept at integrating new members of the team into the offensive and defensive schemes. ESPN says players also generally had a better attitude coming into this season, as several of them earned monster contracts in the offseason — which Wojnarowski reports is part of LeBron’s overall control over the organization.

However, this season, slip-ups against the Warriors (twice) and the Spurs, plus some grievances over playing time among role players, opened up old wounds, according to ESPN. During a road trip in which the Cavs only went 2-2 against lackluster competition, LeBron made an ominous statement about biting his tongue after a bad loss: “Thank God we play in the NBA, with a game the next day, and not the NFL. Because if it was the NFL, I would have went off and let the quotes fester for a week.”

According to ESPN, during the road trip, Cavs veteran James Jones approached Cavs GM David Griffin and said, “I wouldn’t want to be you,” referring to the decisions Griffin had to make to manage a team unhappy with its coach.

Eventually, despite an impressive win over the L.A. Clippers, Griffin and owner Dan Gilbert decided it was time to move on from Blatt, noticing a disharmonious locker room. In his place, they promoted Lue, giving him a three-year deal in the meantime.

Wojnarowski reports of LeBron’s overall influence, “LeBron James and [agent] Rich Paul never had to walk into the GM’s office and demand the firing of the coach. All together, they had the capability of making everyone’s life hell until the deed was done.”

Now, LeBron and the Cavs have a coach they respect, while LeBron has a cast around him that he demanded. However, Blatt, the scapegoat, is no longer there to blame.