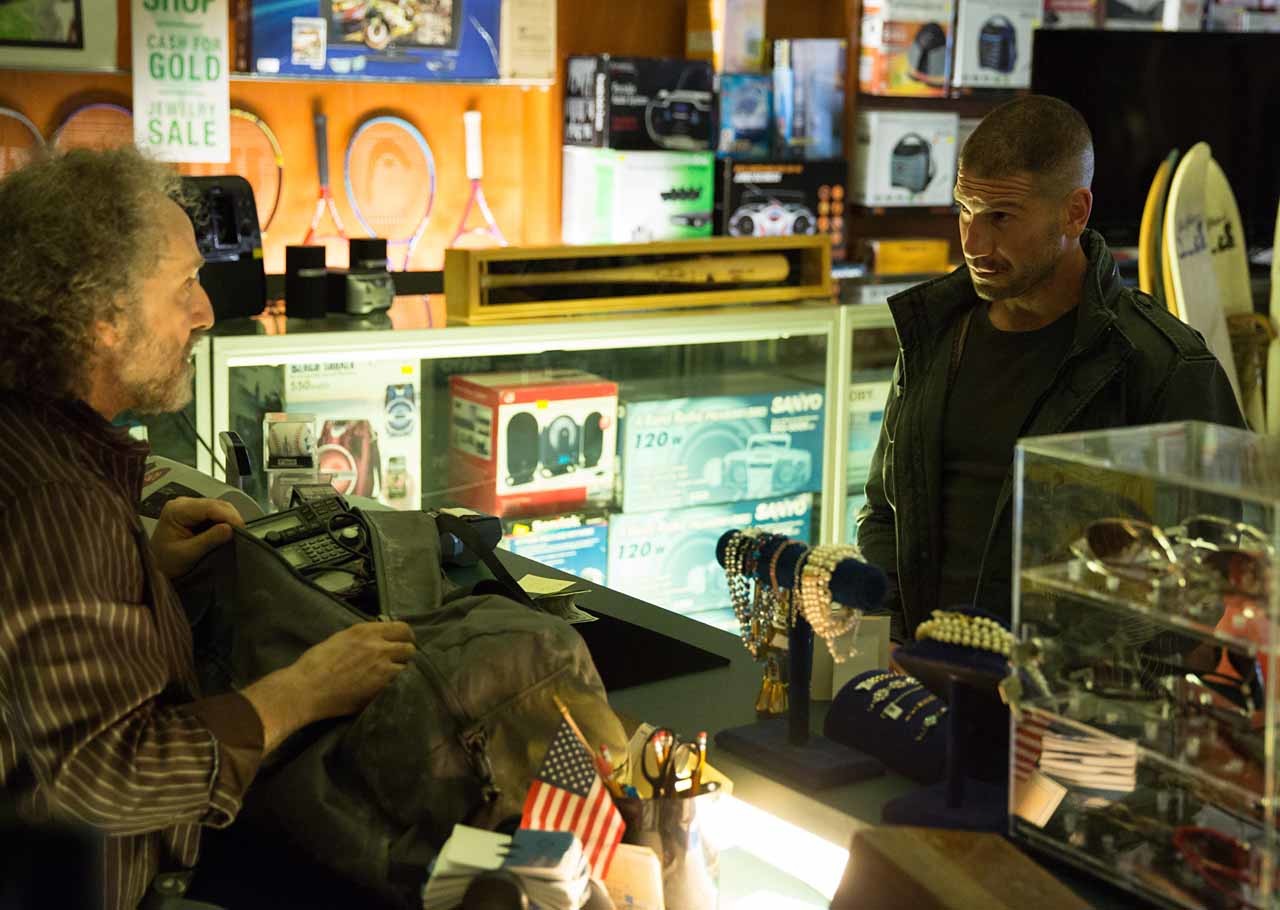 We have to be drawing close to the premiere of Daredevil season 2 as the images are really starting to flow.

On Tuesday we were treated to some new Daredevil images from Entertainment weekly, but today we’ve got some new ones directly from Netflix. It appears the Punisher (Jon Bernthal) is doing some shopping while Matt (Charlie Cox), Karen (Deborah Ann Woll) and Foggy (Elden Henson) may be attending a funeral service. The question then is: who could be the one who passed away?

Other images show us Cox in the Daredevil costume both in a church and a meat locker. Personally, I’m not completely sold on the full Daredevil costume, but I don’t despise it either. We’ll have to see how it looks in motion as it has definitely been refined since the debut it made in the first season.

No word as of yet when Daredevil season 2 will hit Netflix other than “2016.”