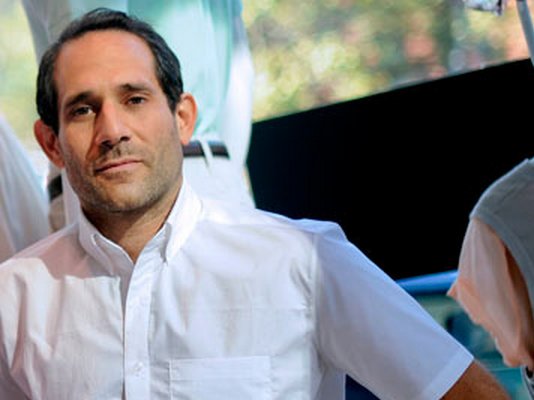 Dov Charney, the founder and former CEO of American Apparel who was fired by his own board in 2014, is preparing a $300 million bid to buy the company that would put him back in control of the retail chain.

Charney is backed by Hagan Capital Group and Silver Creek Capital Partners, and their private equity unit PressPlay Group, according to a press release seen by Business Insider.

The company previously rejected a bid from Charney in December that valued the company at $200 million. The company is currently controlled by its debt holders, who include Standard General, Monarch Alternative Capital, Coliseum Capital, Goldman Sachs, and Pentwater Capital Management. If they reject his new plan, Charney can attempt to persuade a bankruptcy judge to impose his plan anyway, if it treats creditors and shareholders better than the incumbent plan.

The $300 million bid involves a mixture of $130 million in cash, plus new debt and equity, and would let American Apparel exit bankruptcy as a private company with a $50 million undrawn revolving credit facility, and $90 million of new equity. Charney believes the new bid is higher than the previous value placed on the company by the controlling debtors.

“Dov’s creativity, entrepreneurialism, and dedication are the cornerstone of American Apparel. Removing him from the Company’s board and leadership was a shortsighted mistake and we are seeing the results of this error unfold in the declining performance of the Company today,” stated Chad Hagan, Managing Partner of Hagan Capital Group.

When he was in charge, Charney had marketed the company with a strong sexual vibe. He also had relationships with some of the models in his ad campaigns. Some investors disliked that, and found Charney’s personal life unseemly.

Charney was forced out his company in a boardroom coup back in June 2014. The board claimed at the time it had grown tired of the cost of settling sexual harassment lawsuits brought against Charney by his former employees and models. Charney, however, believes the motive was financial.

The company’s sales went into an immediate nosedive and it filed for bankruptcy months later. Under Charney, sales had peaked at $600 million annually. Under new CEO Paula Schneider, the chain was making only $135 million per quarter in revenues, a decline of approximately 19%.

Charney’s theory is that his company was essentially stolen from him: The former CFO of the company came to believe that American Apparel could be sold at a greater value if Charney was removed and plotted behind Charney’s back; and investor Standard General saw an opportunity to gain a controlling stake in the company once it was weakened by the loss of its founder, Charney has alleged in court papers.

The new bid would reinstall Charney as chief and give him back the company that he spent his life building. It would also test the case that, for all his faults, Charney himself is the creative secret behind the success of the brand, and that without him the company is not a going concern.