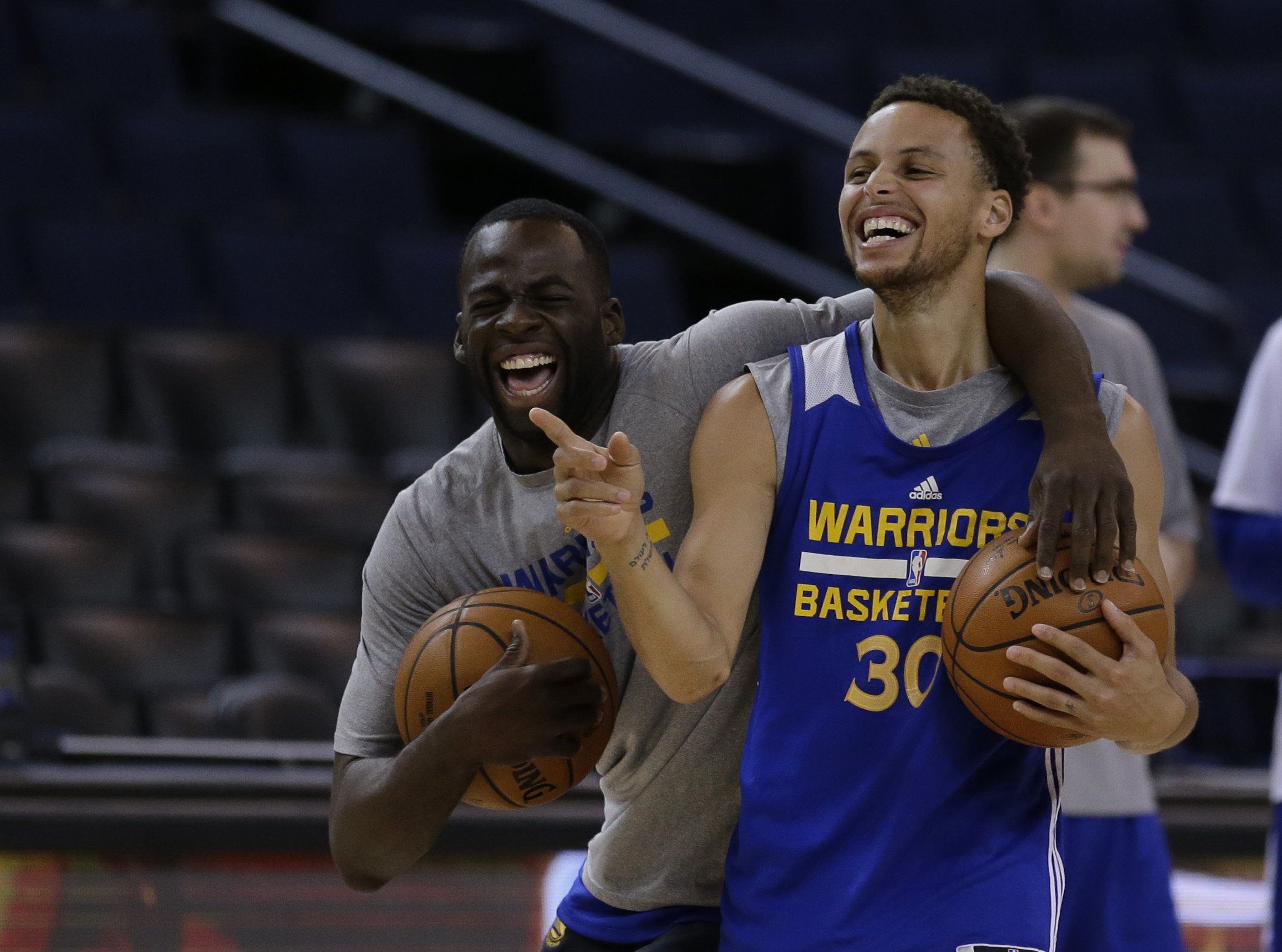 Michigan State’s first-round loss to 15-seed Middle Tennessee State will go down as one of the biggest upsets in NCAA basketball history. Luckily for Spartans fans, Tom Izzo’s squad will be fully reloaded next season — thanks in large part to the recruiting efforts of one notable former Spartan: Golden State Warriors All-Star Draymond Green.

In a recent piece for SB Nation, Ricky O’Donnell broke down the ways in which Green helped land Izzo the best recruiting class in the coach’s 21-year tenure.

Here, from O’Donnell, are some of Green’s most successful tactics:

He has a group text message with every player at Michigan State this season, and has started playing an integral role in Izzo’s recruiting efforts. Green is very close with [All-American Miles] Bridges and the rest of MSU’s incoming class, accompanying them on their official visit last fall at an MSU-Oregon football game, when he was carrying the Larry O’Brien trophy all over campus.

Green even FaceTimed with Bridges from the Warriors’ locker room immediately after winning the NBA Championship. Stephen Curry made a cameo.

Here’s a screenshot that Bridges took while FaceTiming with Green and Curry.

Congratulations to the Bros 😈😈 @Money23Green@StephenCurry30pic.twitter.com/5untPICvO4

How could you possibly turn Michigan State down after that?

As O’Donnell notes, Green is an exemplary ambassador for Izzo and the Michigan State basketball program. He reached two Final Fours in his four years on the team, which is a marked contrast to the one-and-done model of rival programs like Kentucky and, over the past few seasons, Duke. In the NBA Green has blossomed into a superstar — although he is only 26 he is already an All-Star, NBA Champion, and a max-contract player.

If you follow Green on Twitter you know how deeply he cares about Michigan State. And he’s helped out financially, not just over FaceTime and as a cheerleader on Twitter. Last year he donated $3.1 million to the university’s athletic program for a new weight room.

Next season, Izzo will have four top-50 players and two McDonald’s All-American’s coming into town, the third best incoming class in the country behind only Kentucky and Duke.

Izzo’s basketball resume (19 consecutive trips to the tournament, seven Final Four appearances and a national championship in 2000) certainly speaks for itself. But having Draymond Green as a former player might just trump all those records.