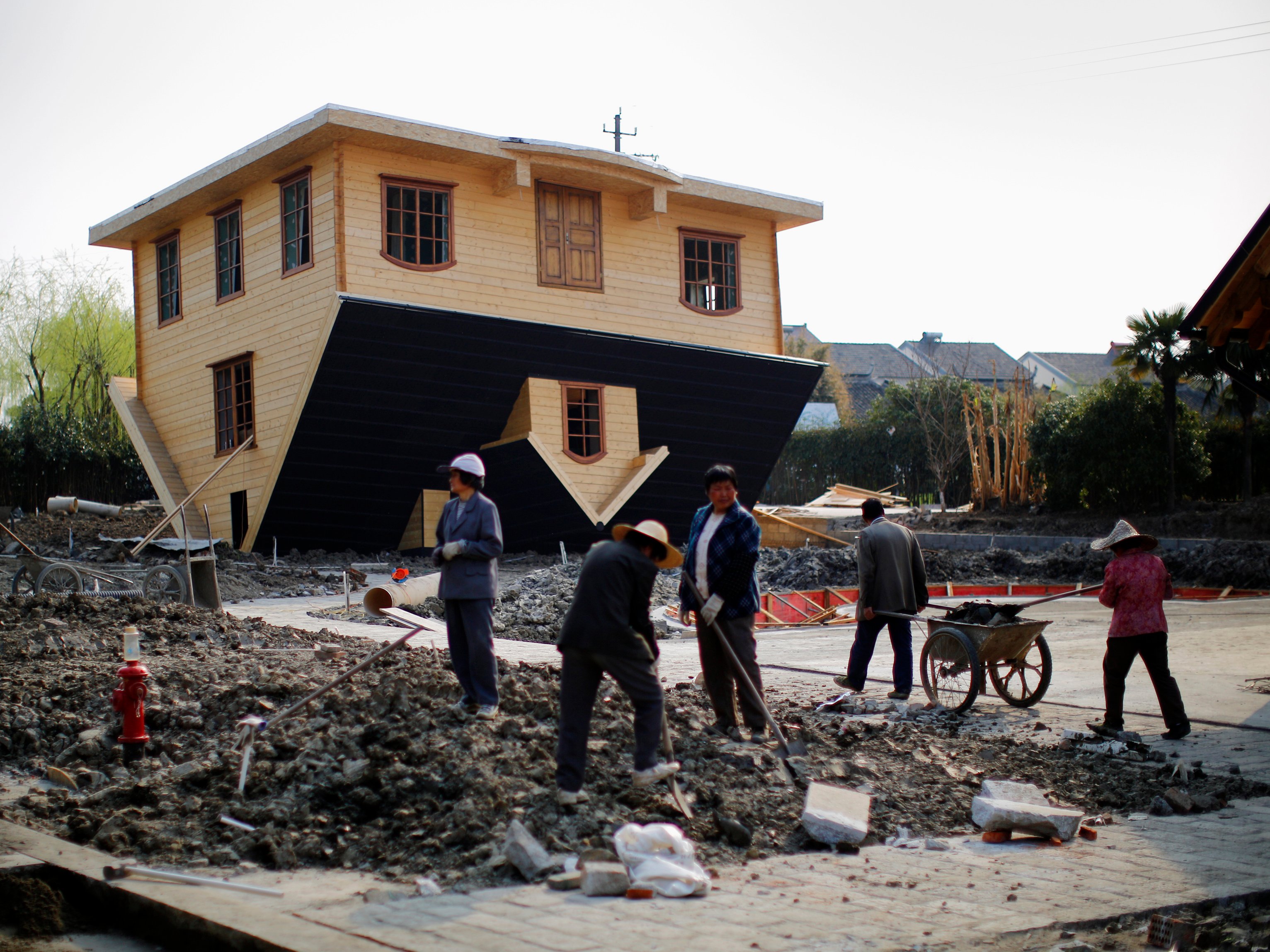 Carlos Barria/ReutersLaborers work at an upside-down house under construction at Fengjing Ancient Town in China.

The new housing crisis isn’t just about homes themselves, but about the land they stand on.

At least that’s according to Stuart Miller, CEO of Lennar Corp., the second-largest home builder in the US.

In a quarterly conference call after the company’s earnings, Miller laid out the two biggest underlying reasons for the current shortage in housing supply that is causing the price of houses to soar.

As we’ve noted before, consumer credit has held back potential homeowners, and home builders have faced a serious labor shortage.

Miller, however, does make an interesting distinction. It’s not that only home builders are having trouble building houses, but the cost to find somewhere to put them has spiked.

“Our results reflect slow but steady growth in the over home-building market as our new orders increase 10% year-over-year,” said Miller. “Even while continued labor shortages and land and construction cost increases have tested our ability to match sales and delivery pace.”

According to a Business Insider analysis of land and home value data from the Lincoln Institute of Land Policy, the value of the underlying land for most states has far outpaced the value of the structure costs.

Now this is a slightly imprecise way to address the issue — there are a number of things that can affect the land vs. structure value. But it highlights Miller’s idea that not only is it more expensive for buyers to get into a house, but it’s simply more expensive for builders to create more supply.

The affordability of land, and its constraints on supply, was even highlighted by the President’s Council of Economic Advisers in its 2016 economic report.

Gyourko and Molloy (2015) argue that supply constraints have worsened in recent decades, in large part due to more restrictive land-use regulations. House prices have risen faster than construction costs in real terms, providing indirect evidence that land-use regulations are pushing up the price of land. According to Gyourko and Molloy (2015), between 2010 and 2013, real house prices were 55 percent above real construction costs, compared with an average gap of 39 percent during the 1990s.

In other words, it’s not more expensive for builders to get the four walls up, but regulation and land costs are making it harder to find a place for the four walls. Miller said that the problem is showing up on Lennar’s bottom line. The company spent $527 million on land acquisition in the fourth quarter, and Miller said it’s also crushing margins.

“The prior year’s gross margin percentage was 23.1%. The decline year-over-year was due primarily to increased land costs,” he said.

But there is a possible solution. As Miller and KB Home CEO Jeff Mezger noted, much of the building has been near city centers where demand has been high. As the labor market and wages improve, said Mezger, more people are moving to the suburbs. These are areas where spending on land will be lower, allowing builders to put up more houses.