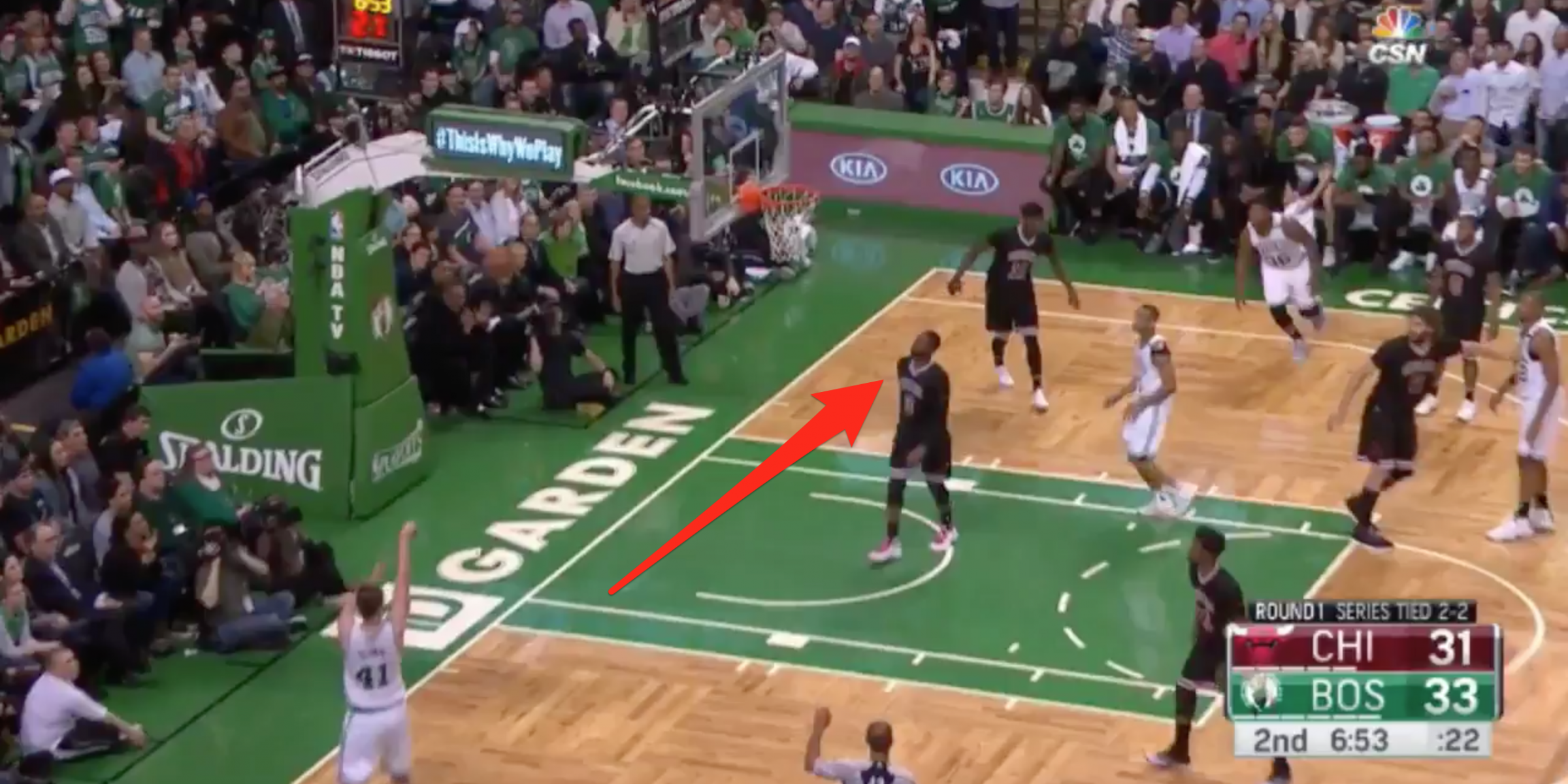 Dwyane Wade may have forgotten what side of the floor he was on during the Chicago Bulls’ critical Game 5 against the Boston Celtics on Wednesday.

Otherwise, his effort during a second-quarter possession was inexcusable.

Wade, at times, has been known to coast on defense, but he took it to a whole new level on Wednesday, losing Isaiah Thomas on a screen off of an inbounds, then failing to run out to Thomas. When Thomas swung the ball to Kelly Olynyk in the corner, after Jimmy Butler left Olynyk to deny Thomas, Wade instead stood and watched Olynyk take an open three-pointer.

To top it all of, Wade then failed to box out as Avery Bradley swooped in for the put-back.

Obviously, with the series tied 2-2, the Bulls are going to need a better effort from Wade if they want to avoid going back to Chicago on the brink of elimination.