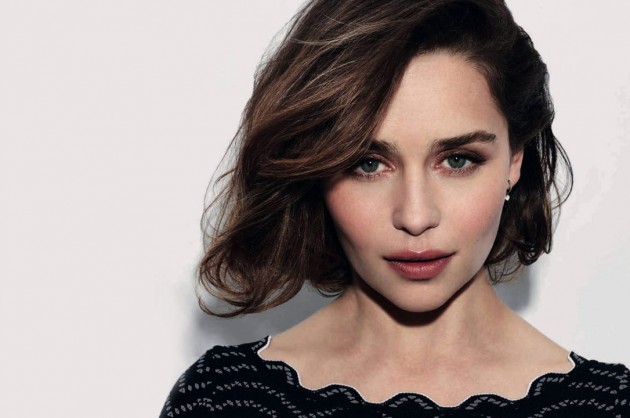 Emilia Clarke, Mother of Dragons, has been cast in Disney’s upcoming Han Solo spinoff. She joins Alden Ehrenreich and Donald Glover in what is shaping up to be one hell of a movie.

Clarke is best known for her powerful portrayal as Daenerys Targaryen in HBO’s Game of Thrones. She also played Sarah Conor in the ill-fated Terminator reboot (but it’s better we forget about that). Very, very strong roles—she’ll no doubt have an equally strong role to play in the upcoming Han Solo pic. But what?

Sadly, StarWars.com provides zero clues as to what her role will be. We know Ehrenreich and Glover and playing Solo and Lando Calrissian, respectively. So, where does that leave Clarke? Hopefully, not just a throwaway love interest.

Perhaps she’ll be a fellow smuggler. Or—plot twist—the movie’s villain? We know nothing about who the movie’s antagonist will be, and she certainly has the gravitas for such a role.

In addition to Clarke, Ehrenreich, and Glover, the film has other notable talents, such as Phil Lord and Chris Miller as director. Not to mention Lawrence Kasdan and his son are writing the script; the elder Kasdan’s credits include The Empire Strikes Back, Raiders of the Lost Ark, among others.

The untitled Han Solo film is currently scheduled for a 2018 release.