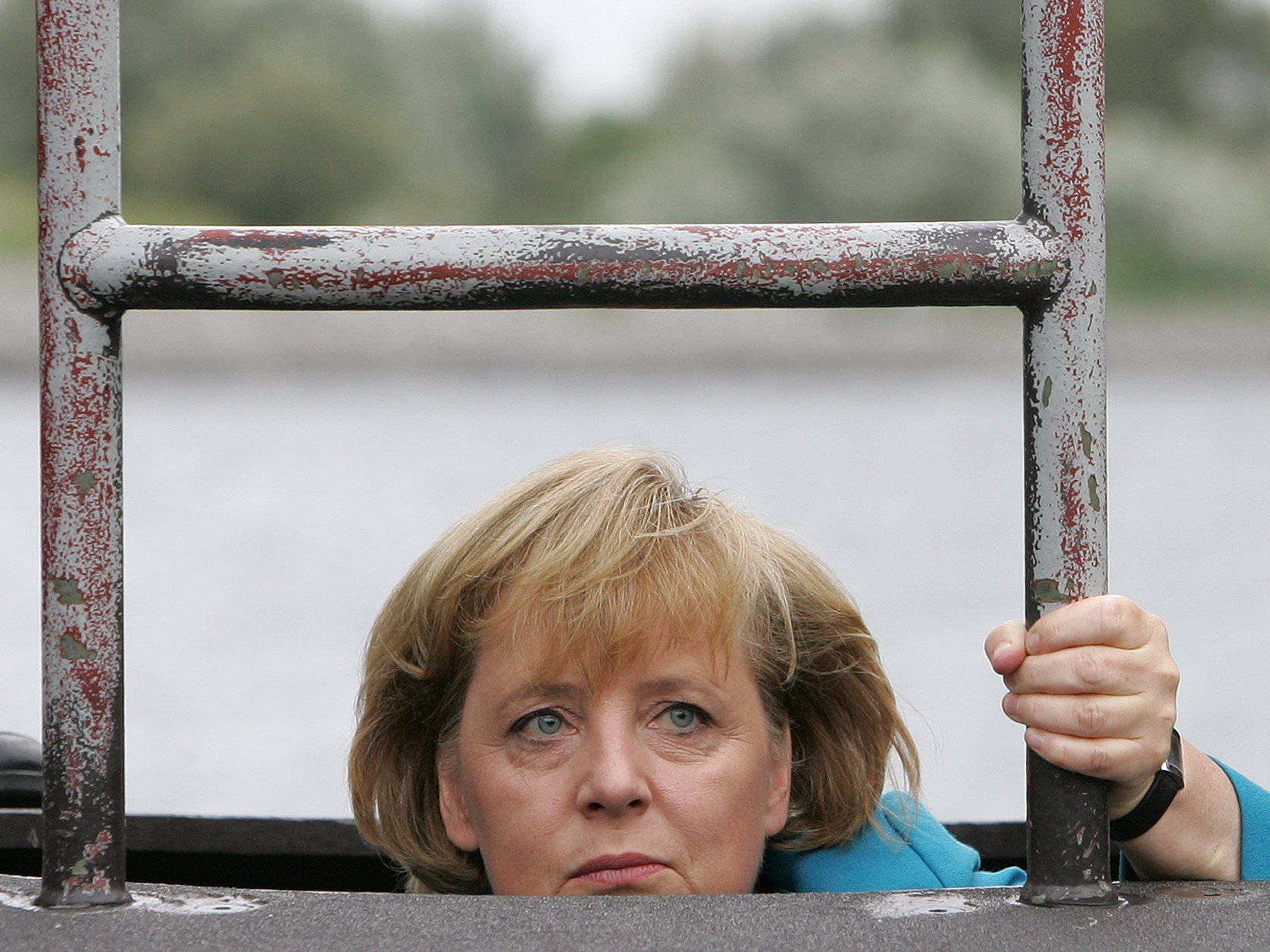 Last year, everyone was worried about a “Grexit,” and some folks have started mumbling about a “Brexit.”

But now there’s another big “exit” risk looming on the horizon: the “Merkel-exit.”

“Although in our view the Chancellor could very well weather yet another test of her leadership and go on to win a fourth term, we regard a Merkel-exit ahead of German elections (due in 2017) as one of the most destabilizing political risks for the EU, and one with the potential to impact markets,” she argued.

Merkel has arguably been Europe’s strongest leader since the financial crisis and was front and center handling issues like the Greek crisis and negotiating the Minsk Agreements in the last year. Credit SuisseAlready back in January 2015, over half of Europeans wanted to see migration curbed.

However, her decision to warmly welcome the refugees in 2015 was extremely unpopular both at home and in the rest of Europe. Her approval ratings plunged sharply to 49% in November 2015, down from 67% in August, according to data cited by Fordham.

The most recent stab to her political position follows the mass New Year’s Eve sexual assaults and other attacks on women in the city of Cologne, Germany that were attributed to gangs of mostly migrant men. These attacks further inflamed the debate in the country over her policy toward the refugees.

“European policymakers are struggling to resolve the refugee and migration crisis, which follows in the wake of a list of challenges … and is emerging as a significant source of political risk,” writes Fordham.

“The potential for the refugee and migration crisis to destabilize the EU could eventually overshadow Grexit (in any case a lower risk for 2016 than in previous years). Could it also be the undoing of the European politician who has done the most to attempt to address it?” she asks in the research note. “This year, Merkel’s extraordinary welcome to refugees will draw fewer followers inside her own country, and virtually none outside it,” they wrote in the report. “This will undermine her political position, and could encourage a domestic challenger over the coming months.”

“That leaves Europe with less ability to respond collectively to any crisis (expected or otherwise),” they noted — a point that’s especially significant given that, as mentioned above, Merkel has long acted as the de facto European leader in collective crises.

Additionally, Merkel has been the “biggest advocate of open Europe” — or a Europe that’s open to the world, and has borders between (most) European states open to one another. So, if she is in a weaker position, “open Europe,” too, could now be at risk.

“It creates a dramatic change in how Europe interacts with itself and with the rest of the world,” Bremmer and Kupchan wrote. “More resentment toward Germany from others in Europe will undermine its political capital. The refugee issue will play out across Europe as the proximate cause.”

Ultimately, the “Merkel-exit” is not something that will necessarily happen — as noted above Fordham.

But it’s hard to argue against the fact that her political position has already weakened — especially given that so many people did not support her decision regarding the refugees.

And that in it of itself is a big change for Europe.