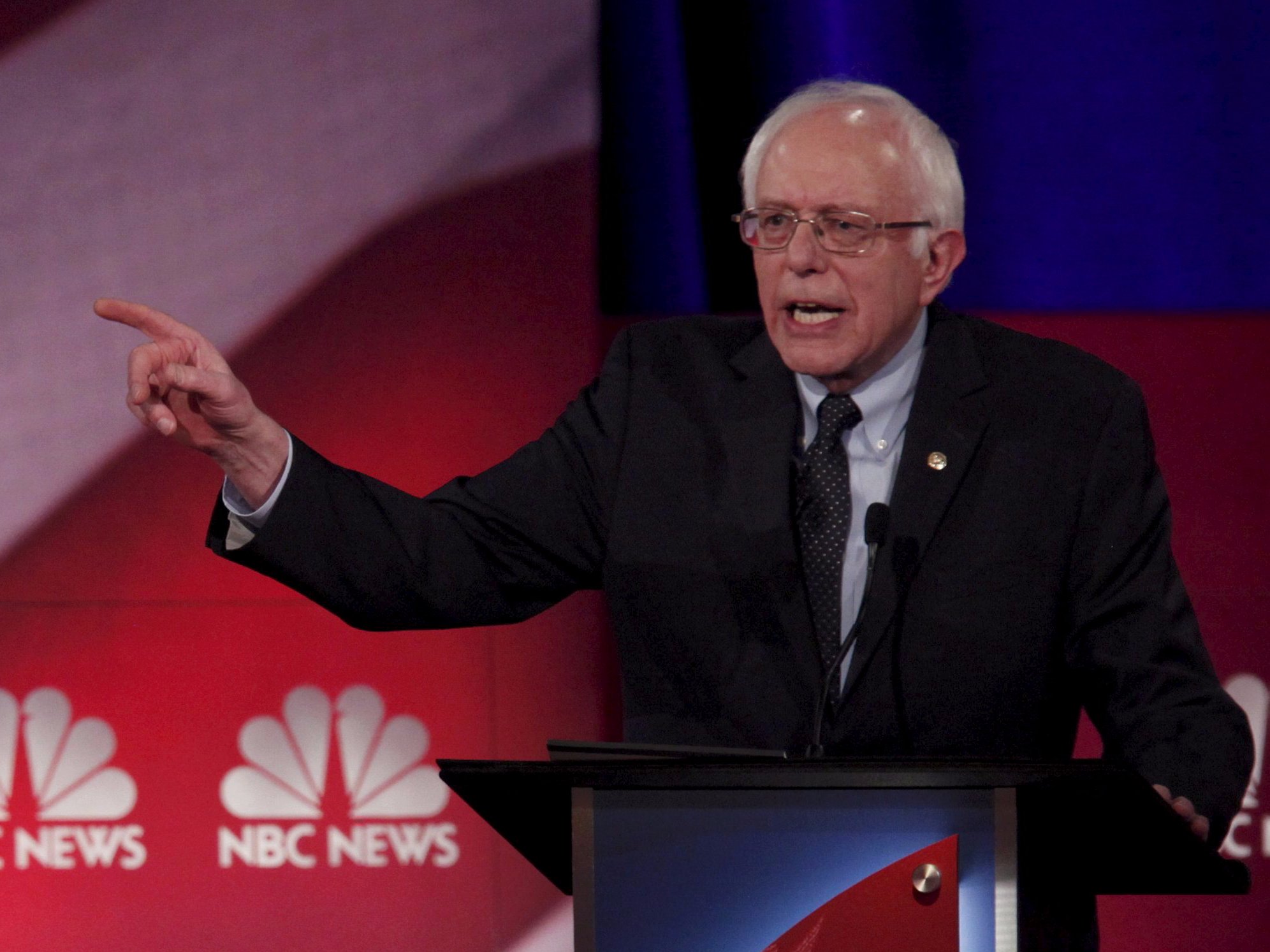 Sen. Bernie Sanders (I-Vermont) took a shot at his Democratic rival Hillary Clinton during Sunday night’s presidential debate when asked about the contrasts between himself and Clinton on dealing with Wall Street.

“The first difference is I don’t take money from big banks. I don’t get personal speaking fees from Goldman Sachs,” Sanders said.

The burn generated light claps and at least one boo.

Sanders proceeded to make the case for breaking up the big banks.

“What I would do is understand that when you have three out of the four largest banks today bigger than they were when we bailed them out because they were ‘too big to fail’ … it is very clear to me what you have to do,” he said. “You’ve got to bring back a 21st-century Glass-Steagall legislation. And you’ve got to break up these huge financial institutions.”

Clinton and Sanders then tussled at length over Wall Street regulations.

Sanders argued on behalf of bringing back Glass-Steagall, the law that separated traditional banks from investment banks. Clinton argued that her plan, which focuses on so-called shadow banking, would be much stronger.

Their rhetorical battle on the subject escalated when Sanders brought up an example of “how corrupt” he said the system was.

He continued by addressing Clinton directly: “You’ve received over $600,000 in speaking fees from Goldman Sachs in one year. I find it very strange that a major financial institution that pays $5 billion in fines for breaking the laws, not one of their executives is prosecuted while kids who smoke marijuana get a jail sentence.”

Clinton fired back by arguing that it was Sanders who “voted to deregulate the financial market in 2000, to take the cops off the street … to make the SEC and the Commodity Futures Trading Commission no longer able to regulate swaps and derivatives, which were one of the main causes of the collapse in ’08.”

Clinton and Sanders have engaged in an increasingly testy back-and-forth over each other’s Wall Street policies of late. Sanders released a television ad last week that implicitly contrasted his record with Clinton’s, prompting the Clinton campaign to claim that Sanders had broken a pledge to not run negative ads during the Democratic primary.

NOW WATCH: Obama has been getting the best of Trump for years