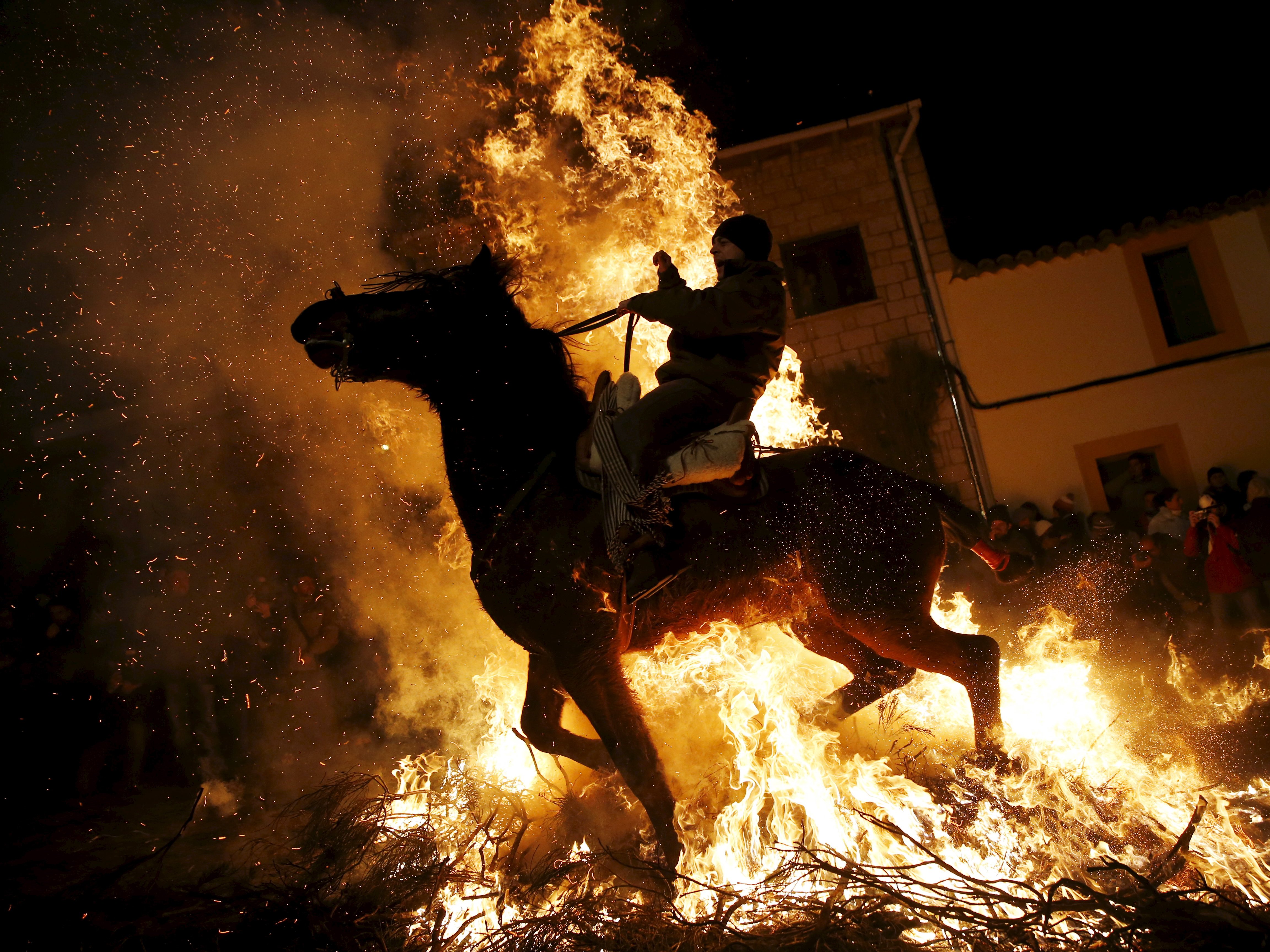 Reuters/Susana VeraA man rides a horse through the flames during the “Luminarias” annual religious celebration on the eve of Saint Anthony’s day, Spain’s patron saint of animals, in the village of San Bartolome de Pinares, northwest of Madrid, Spain, January 16, 2016. According to tradition that dates back 500 years, people ride their horses through the narrow cobblestone streets of this small village to purify the animals with the smoke of the bonfires.

Good morning! Here’s what you need to know on Monday.

2. A bombshell report has been dropped on the world of men’s tennis with a BuzzFeed News/BBC investigation uncovering secret files that point to widespread match-fixing in the sport and accusations that officials in the sport have largely ignored the problem.

3. Labour leader Jeremy Corbyn appeared on the Andrew Marr show on Sunday morning and said that he didn’t believe David Cameron would ever choose to fire nuclear weapons.

4. Crude oil, after falling to a fresh 12-year low on Friday, has continued to slide in early Asian trade on Monday. At one point earlier in the session front-month Brent crude futures – the global benchmark – tumbled as low as $27.67 a barrel before bouncing in recent trade.

5. The two largest American and European trade groups have warned of “enormous” consequences for thousands of businesses and millions of users if Brussels and Washington fail to wrap up talks on a data transfer pact by the end of the month.

6. A disillusioned high-profile developer has quit bitcoin —claiming in an explosive blog post that the “experiment … has failed.” Mike Hearn had been a prominent part of the controversial digital currency’s community for years.

7. Share prices in the energy-rich Gulf states nosedived Sunday following the sharp decline in oil prices and the expected rise in Iranian crude exports after the lifting of sanctions. The plunge in the first day of trading in the Muslim week also follows heavy losses in global bourses on Friday, when Gulf exchanges were closed for the weekend.

8. Burkina Faso began three days of national mourning Sunday and the president said security would be stepped up in the capital and the country’s borders after al-Qaida militants killed at least 28 people in an attack on a hotel and cafe popular with foreigners.

9. The richest one percent of the world’s population now own more than the rest of us combined, aid group Oxfam said Monday, on the eve of the World Economic Forum (WEF) in Davos.

10. A man left brain dead after a drug trial in northwest France died on Sunday, said the hospital where he was being treated. The Rennes hospital said in a statement that five other volunteers were in stable condition after they were admitted last week.

And finally … A former MI5 agent told us why it’s so easy for Islamic State terrorists to move around without being noticed.