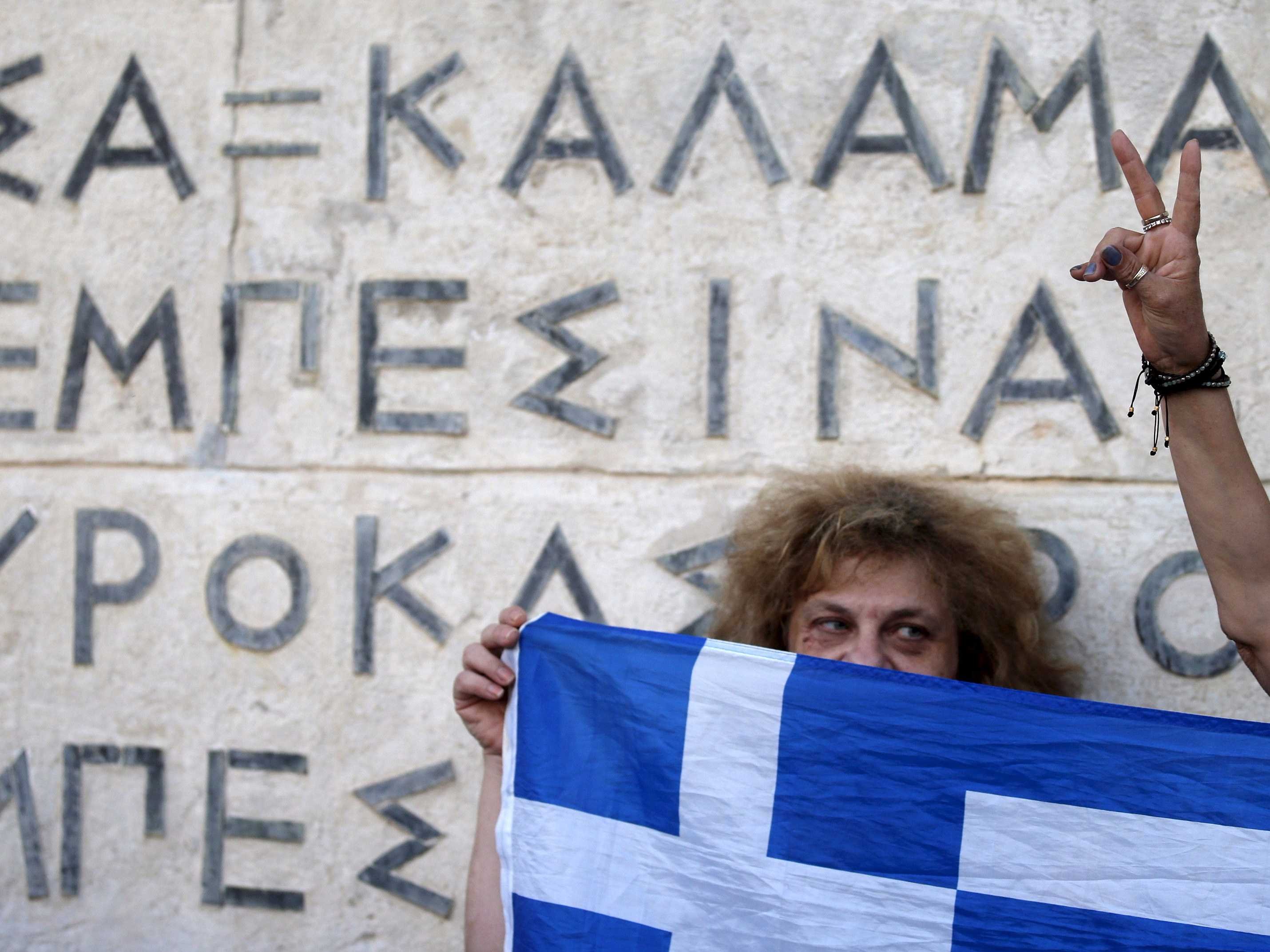 ReutersAnti-EU protesters hold Greek national flags on the Tomb of the Unknown Soldier in front of the parliament building during a demonstration of about five hundred people in Athens, Greece July 13, 2015.

The ongoing refugee crisis facing Europe could cause big trouble for Greece as it seeks to address problems with its bailout programme from the IMF and ECB, and make a series of repayments over the year.

In a note from economist Fabio Balboni, HSBC warns that the refugee crisis, along with its humanitarian costs, could also be very costly for Greece when it comes to making a large repayment on its bailout in July.

Over the weekend, a deal between the EU and Turkey to allow Greece to start sending refugees back to their homelands if certain conditions aren’t fulfilled, came into force. There are concerns however over how effective the deal will be and how long it will take to implement. Here’s HSBC (emphasis ours):

The closure of the Western Balkans route means there are now almost 50,000 refugees stuck at the Greek border. This adds to the fiscal costs for the government, and is also exposing the divergences between Syriza and the junior party in government, far-right Independent Greeks. A deal was struck on March 18 between the EU and Turkey to send the refugees back to Turkey, but implementation could take time, and it is uncertain whether it will be enough to stem the influx of migrants.

One of the big concerns facing Greece, HSBC says, is that the biggest debt repayment the country will have to make in 2016 comes in July, when a combination of bailout repayments and interest payments to both the ECB and the IMF worth more than €3 billion is due. That, as HSBC points out, coincides with the period of the year when the inflow of refugees was reaching its highest peak in 2015.

If this influx happens again, it could cause big problems. As HSBC writes: “Tensions could reach a peak by the summer, when Greece has to repay some €3 billion in debt and interest to the ECB (July 20), and when last year the influx of migrants was at its highest.”

Here’s are the charts: One of the big problems, HSBC says, that the refugee crisis could cause to Greece is that it may end up costing the country far more than is currently expected. Here’s HSBC again (emphasis ours):

Recognising the risk of a “brewing humanitarian crisis,” the EU has agreed to implement a new set of measures to support Greece. This entails €700 million of funds over three years, of which €300 million (0.2% of GDP) in the first year, promising that funds will be mobilised “as quickly as possible.” However, the Greek Central Bank governor Yannis Stournaras had previously warned of costs of €600 million this year, adding that “that estimate was based on the presumption that Greece was only a transit nation, but if now we have to host a large number of refugees” and it “will have to be revised” as more people could end up staying in Greece.

German government estimates suggest that each refugee in Germany requires support of around €13,000 a year. If arrivals continue at the current rate and the Western Balkans route remains closed, the costs for the Greek government could reach €4 billion (2% of GDP) per year by the summer, much higher than Mr Stournaras’ initial estimate.

So instead of costing €600 million, the refugee crisis may cost more than €4 billion this year. For a country that is in the middle of a debt crisis, that could be very bad news. As HSBC puts it “a further deterioration of the refugee crisis in Greece would put additional strain on its public finances, making it even harder to implement the programme.” The bank adds that unless “a permanent and coherent solution to the crisis” is found “Greece could end up paying a very high price.”