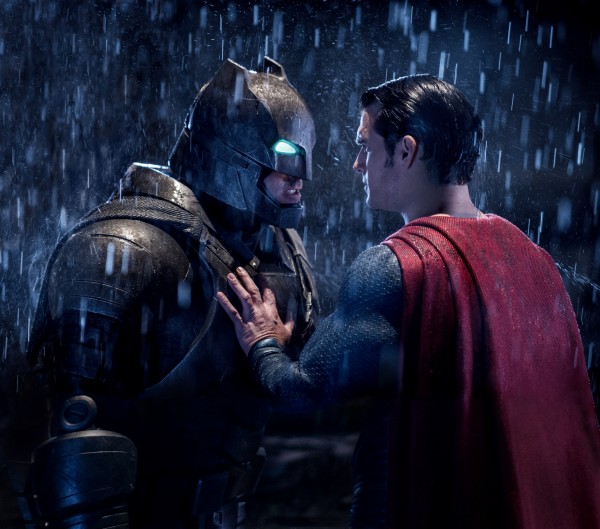 I don’t think anybody really expected Disney to announce a new Indiana Jones and with Harrison Ford no less. Many rumors suggested the actor would hand the mantle over to a younger, fresher face, but it sounds like Disney wants Ford to continue on at the ripe old age of 73 (he’ll be 76 by the time Indiana Jones 5 hits theaters in 2019).

Beyond that, we got a few really cool trailers, including Seth Rogen’s Sausage Party, and we also got a premiere date for AMC’s Preacher, which is based on the Vertigo comics. Oh, and we also learned how Spider-Man gets that fancy suit in Captain America: Civil War.

You can check out some of the rumors and reports you may have missed below.

According to J.J. Abrams, the Half-Life and Portal movies are still in development. Unfortunately, it doesn’t sound like we’re any closer to release than we were back in 2013.

We’ve got writers, and we’re working on both those stories. But nothing that would be an exciting update. [IGN]

Scarlet Witch and the Vision

According to Elizabeth Olsen, the relationship between Scarlet Witch and Vision won’t quite follow the comics. That is to say, they won’t be romantically involved.

I think there’s something unique in the fact that her powers come from the same thing that powers him, and that is how we’ve made them have that kind of… that specifically in common, as opposed to it being something else that the comics kind of created, which has been pure romance. [Collider]

An international trailer for Batman v Superman has been released, giving us even more footage. The movie is only a week away at this point so enough with the new footage already. If you’re so inclined, you can catch it above.

Speaking of Batman v Superman, Zack Snyder revealed Wonder Woman isn’t in the movie all that much. She does, however, have some of the film’s coolest moments.

The one thing that Wonder Woman does get the opportunity to do, because she’s not as deeply intertwined in the story, is the cool stuff. Like when you just get to show up and be cool, that’s pretty much what she gets to do. [TodayOnline]

Finally, some high-res Batman v Superman have been released ahead of the movie’s debut on March 25. [Collider]

Everyone is waiting for the debut of Negan—even Glenn, played by Steven Yeun. Isn’t that weird, considering Negan is the one who kills Glenn in the comics?

I know people are going to always go, ‘Negan kills Glenn in the comics,’ but rest assured that we don’t necessarily do what’s in the comics. There’s a clear divide in the way we tell a story on television, and the way that story is told in the comics, because it has to be. And everybody will have to see what happens, but we definitely tell our story in the way that television should be told.

So who will be the one Negan kills? If you’ve been keeping up with your Walking Dead spoilers, you probably already know. [EW]

According to Common, known by most fans for his work as a hip-hop artist, apparently has a minor role in Suicide Squad. The actor revealed he’ll play a character who is affiliated with the Joker and goes by the name “Monster T.” [ComicBook]

Guardians of the Galaxy Vol. 2

We just shot this (from my original thumbnail sketch). #GotGVol2#WhatWeShotWednesdaypic.twitter.com/fm6DqT4bLL

Not satisfied by the trailer from last year? Check out this new featurette.