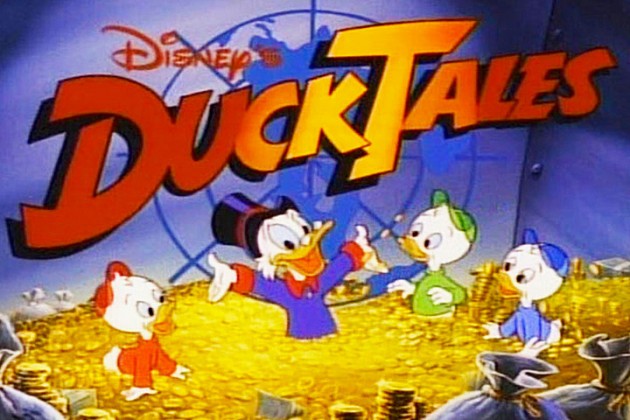 Immediately after seeing the first image from the DuckTales reboot (below), I couldn’t help but track down the show’s theme song. Once you hear it, it’ll be stuck in your head for eternity; I’ve included it at the bottom of the post to save you the trouble of tracking it down.

Disney XD on Monday unleashed the first photo from the reboot and it screams of nostalgia. Even the channel’s Twitter account couldn’t help but recall the catchy tune.

“Life is like a hurricane here in Duckburg,” the song belts out.

Here is the first image from #DuckTales debuting in 2017 on #DisneyXD! OOOH OOOOH! pic.twitter.com/qpUrSKdBg2

So long as Gizmoduck is in the show, I’m on board. A whole new voice cast will be featured, giving life to characters such as Scrooge McDuck, Huey, Dewey and Louie. Upon the reboot’s initial announcement, Disney XD Senior Vice President and GM Marc Buhaj acknowledged the love people have for the show:

“DuckTales has a special place in Disney’s TV animation history, it drew its inspiration from Disney legend Carl Barks’ comic books and through its storytelling and artistic showmanship, set an enduring standard for animated entertainment that connects with both kids and adults…”

It’s crazy how a single image can bring back so many memories. The show is set to premiere next year.