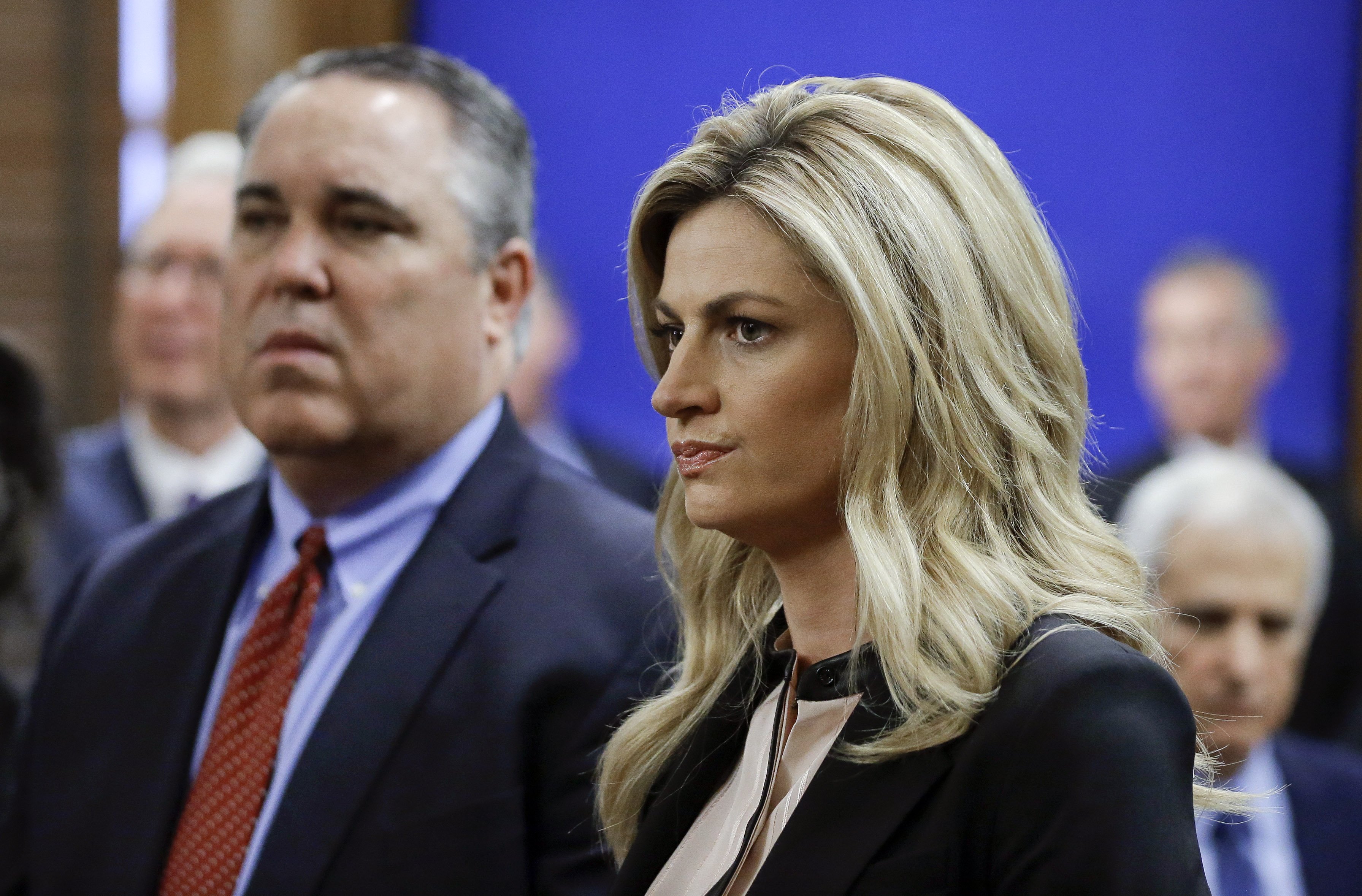 APSportscaster and television host Erin Andrews stands with attorney Scott Carr as they wait for the jury to enter the courtroom before closing arguments on March 4 in Nashville, Tennessee.

A jury awarded $55 million to sportscaster Erin Andrews on Monday after she sued management and owners of a Nashville Marriott hotel over a 2008 nude video of her that was taken by a stalker in an adjoining room.

Andrews, who sought $75 million in damages, testified for two days during the two-week trial, saying that since the video went viral in 2009, she has experienced depression, crying spells and sleeplessness.

Her lawyer said in closing arguments on Friday that the hotel was negligent and could have prevented the incident.

The video was taken by Michael David Barrett, who pleaded guilty in 2009 to stalking Andrews and making the video. He was sentenced to 30 months in prison.

In 2009, Barrett pleaded guilty to renting hotel rooms next to Andrews in three separate cities, and was sentenced to more than two years in prison, according to The Associated Press.

The lawyer for the hotel’s owners and management said in closing arguments on Friday said that the responsibility was solely Barrett’s.

Barrett had said he asked to get the room next to Andrews’ after an employee confirmed to him that she was staying there on a certain date.

NOW WATCH: This is how to tell if someone is cheating on you