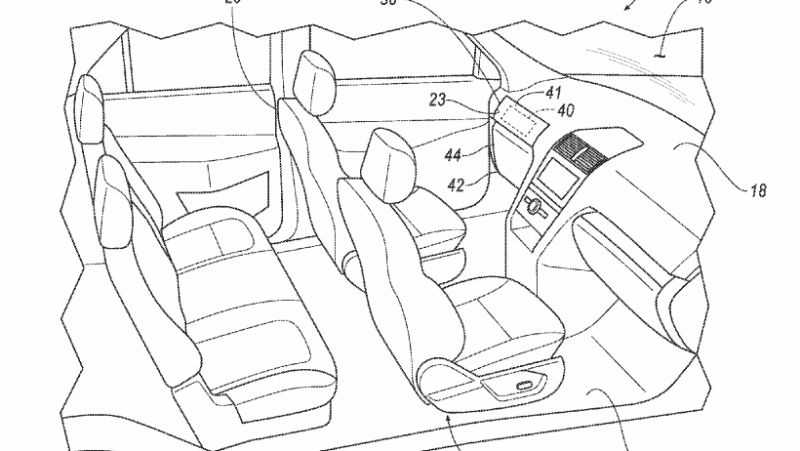 A commonly held view toward self-driving cars is that, once the vehicles become fully-automated, a steering wheel and pedals are no longer be needed. Ford appears to be taking an interesting approach to the idea, with a new patent that allows for removable parts that could be plopped back in with ease.

You soon may be able to ask Amazon’s Alexa a question in your car, but if a new patent revealed…

If the future brings fully-autonomous cars that leave the driver out of the process to nap or eat a sandwich, it certainly makes sense that wheels and pedals become harder to justify. Ford’s patent, though, seems to present the idea that a wheel and pedals would be an option for the customer.

Here’s how Motor1 explains it:

According to the automaker, this system would allow there to be a “steering wheel for development purposes, and enables the easy provision of a steering wheel as a customer-requested option.”

A vehicle with this system would have a cabin with receiving niches for the steering wheel and pedals, and there would be locking points for securing the items into place. When not inside, trim pieces would hide the connection locations.

In this setup, two frontal airbags would be place in place of the driver, and a sensor would detect whether the wheel was locked in or removed, Motor1 reports.

There’s a similar arrangement for the pedals.

Ford describes potentially using fasteners and spring-loaded snap engagement for mounting the removable accelerator and brake pedal. These controls could be electronic as an alternative, too. “An electric actuator operated by software programmed to simulate brake pedal resistance and restoring force” is an option, according to the patent.

Humans are going to need time to adapt and accept robotcars into the world—roughly one-in-four people are currently skeptical of the technology—so providing an option seems like a workable idea to help increase public acceptance.

But a part of me hesitates at the thought of, say, a faulty locking point for the wheel. I’m imagining the still-skeptical-of-autonomy driver cruising down the road in their future self-driving Ford sedan or whatever, and all the sudden, the wheel pops off. Dale Earnhardt Jr. has a nice shot of what that kind of scene could look like.

Google Is Coming For Uber With New Ride-Hailing Patent