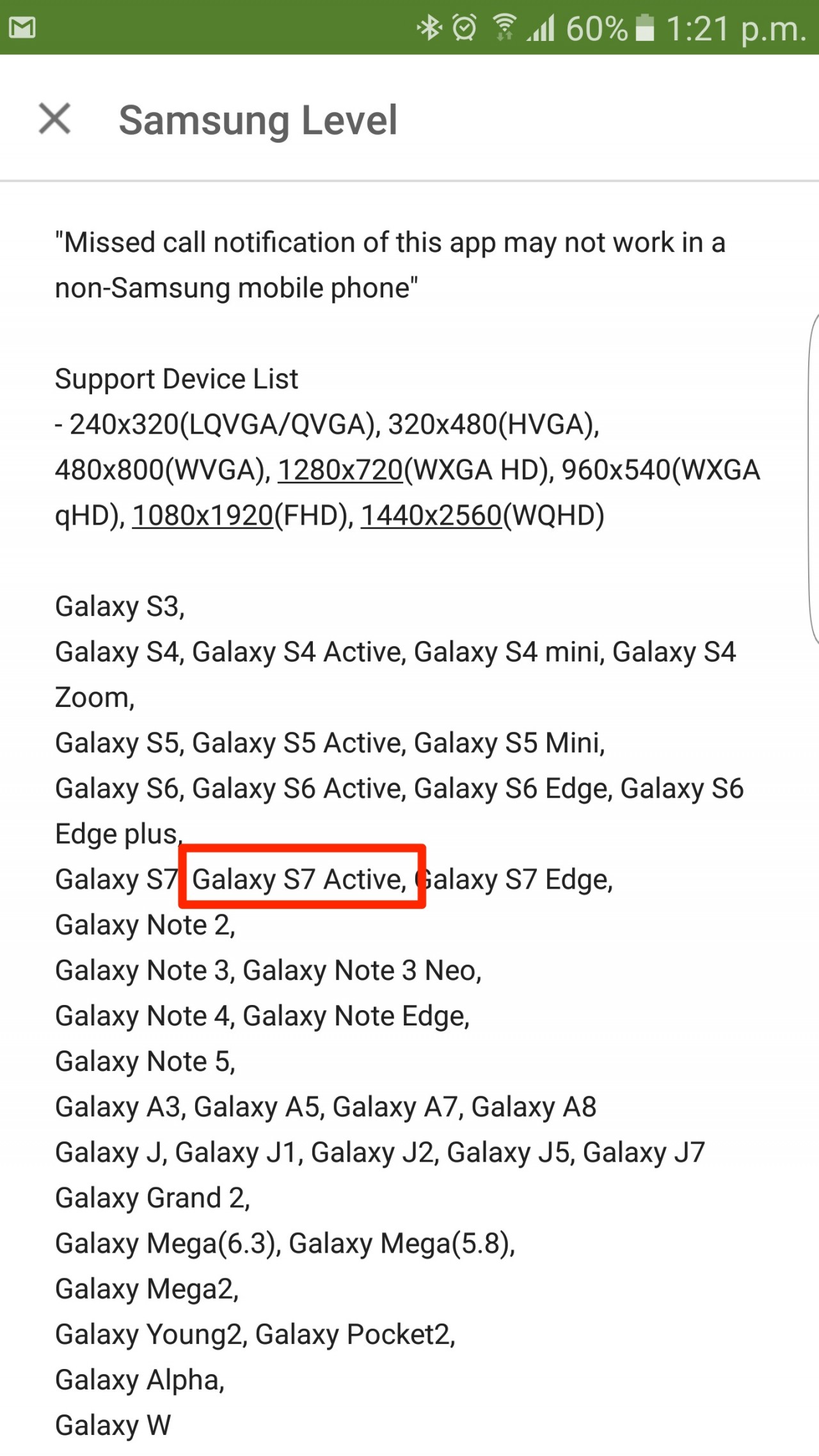 Rumors of a possible Galaxy S7 Active hit the web last week, leaving us to guess how Samsung could improve on the already water-resistant Galaxy S7. Now a new leak seems to confirm the device really is on the way.

Over the weekend, Samsung updated its Level app, which is designed to work with the company’s line of headphones, earbuds and speakers. The app now lists the Galaxy S7 Active among its supported devices. That seems like a pretty clear confirmation the new rugged smartphone is in the pipeline.

The updated app doesn’t reveal much beyond a name, so we’re still not sure what to expect from the Galaxy S7 Active (allegedly dubbed Poseidon internally). It should offer a more durable design, and might even boast military-grade protection. A larger battery is also possible, but most of the specs should match up to the flagship Galaxy S7.

All signs seem to suggest that the Galaxy S7 Active could arrive pretty soon. But before you get too excited, don’t forget that historically the Active series has been an AT&T exclusive in the U.S. So, if you’re on a different America carrier, you may be out of luck.