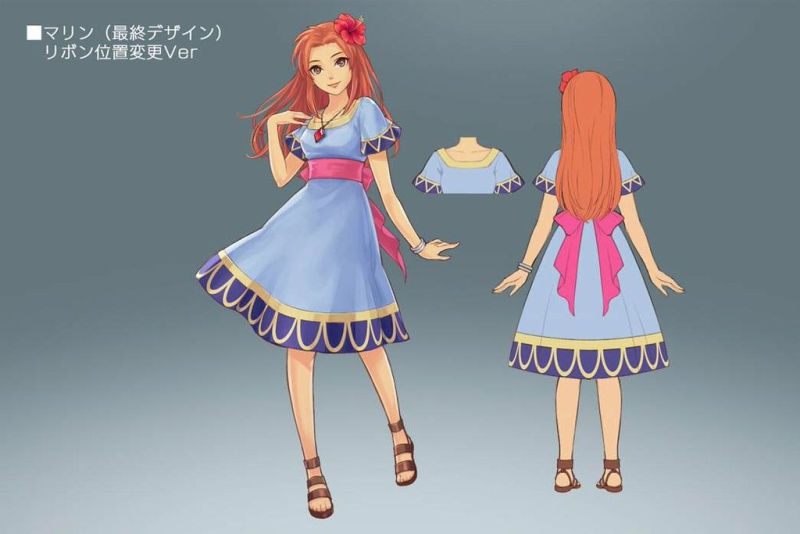 The Legend of Zelda: Link’s Awakening is one of the finest games in Nintendo’s legendary franchise, but it has gone sadly overlooked in Nintendo’s hack ‘n slash tribute game, Hyrule Warriors. However, a new DLC pack dedicated to the Game Boy entry will add a familiar face for first time since her one and only appearance in the series.

For all intents and purposes, Marin is actually an “Ys girl” in disguise. Link splashes up onto a magical island after a horrible shipwreck, and this cute anime girl finds him unconscious on a beach. After she nurses him back to health, she shows off her magical powers, winds up captured once or twice, shares a charming moment with him on the beach, and then is never heard from again once Link departs the island.

If she had blue hair, the cross-series references would be flawless.

But the brunette will be appearing in Hyrule Warriors as revealed by her character art, though it remains to be seen what role she will play. The only question is if her father Tarin will join her, and if he will turn into a raccoon or not.

The Link’s Awakening DLC pack will launch for the Nintendo 3DS and Wii U later in 2016.