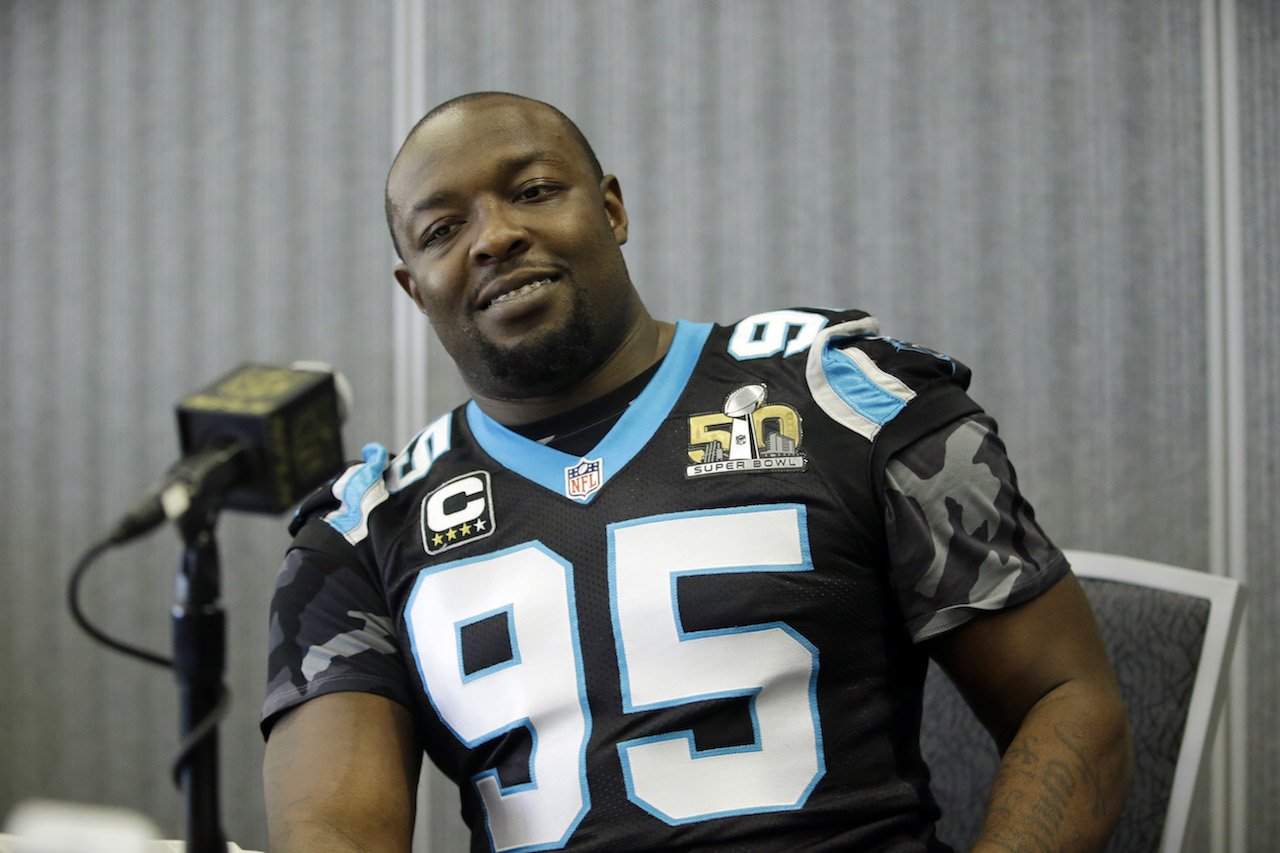 It’s not often that one team’s general manager convinces a desirable free agent to sign with a different team, but that’s what happened earlier this week when free agent defensive end Charles Johnson met with the New York Giants. Johnson decided to re-sign with the Carolina Panthers in large part thanks to his meeting with Giants’ G.M. Jerry Reese.

Johnson, who was drafted by the Panthers in 2007, hit free agency this offseason and took meetings with several other teams, including the Giants. During his meeting with Reese, Johnson was struck by the fact that Reese began his career as an intern with the Giants organization and rose all the way to G.M.

Reese’s story inspired Johnson to re-sign with the Panthers.

“He started as an intern there and now he’s the GM for the Giants. He saw everything that happened — championships and all that. He said he wouldn’t trade that for the world,” Johnson told Panthers.com. “When he said that, I just thought to myself, I’ve been here the longest. And all I’ve asked for is an opportunity. So how can I turn away from my team and the family that’s in Charlotte – how can I turn away?”

Although Johnson is a veteran at 29, he would still have been a useful addition to a Giants’ pass rush that struggled mightily last year and ranked 30th in sacks. He’s only one year removed from an eight-sack season, and was a highly-rated free agent at his position by Pro Football Focus. The Giants could have used Johnson.

Reese, of course, obviously did not intend to inspire Johnson to sign elsewhere, but perhaps going forward he should realize that talking about all the values of staying with one team forever isn’t exactly the best way to sign free agents away from, you know, other teams.