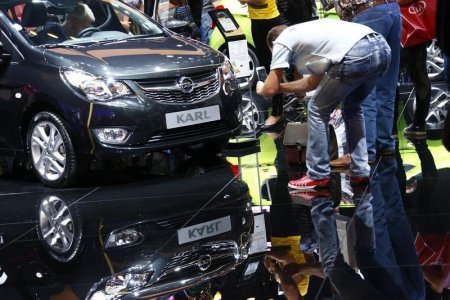 BERLIN (Reuters) – The European division of General Motors was still loss-making in 2015, but hopes to return to profit this year, the division’s chief executive told a German magazine.

General Motors had previously set a target for its European operations, which comprise the Opel and Vauxhall brands, to return to profitability “by 2016”. The last time GM made an annual net profit in Europe was in 1999.

“The turnaround is hard. But we still want to reach the break-even in 2016,” Opel chief executive Karl-Thomas Neumann told Auto Bild in an interview.

Losses in Europe have been widening in recent months, primarily thanks to lost sales in Russia, GM Europe’s third largest market.

GM said its European operations made a third-quarter EBIT loss of $0.2 billion, compared with $0.4 billion in the year-earlier quarter. This is a deterioration from the flat EBIT ($0.0 billion) the company published in the second quarter.

Asked by Auto Bild if the division had made a profit last year, Neumann replied “No.”

“We had one quarter where we almost went into the black. Overall we managed to significantly reduce the losses in the first three quarters of 2015,” Neumann was further quoted as saying.