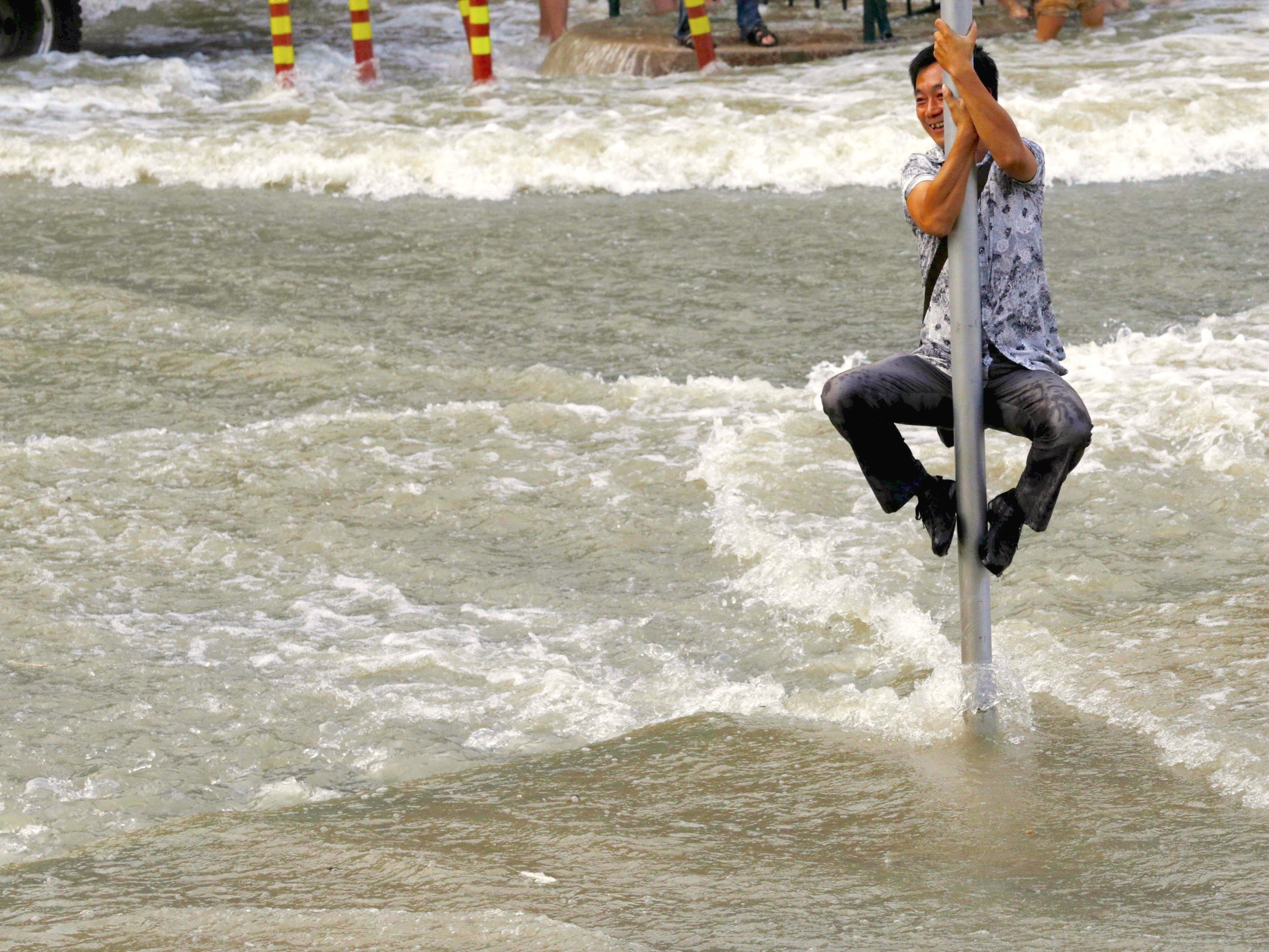 REUTERS/StringerA man climbs on a road-sign pole to escape the water from a tidal bore, which surged past a barrier on the banks of Qiantang River, in Hangzhou, Zhejiang province, China, September 1, 2015.

The effects of El Niño, a series of weather changes characterised by warming Pacific waters near the equator,can vary widely depending on which part of the world you live in.

A strong El Niño, for example, is often associated with flooding and warm weather in Peru, drought in Indonesia, Africa, and Australia, torrential rains in Southern California, and a mild winter in the US northeast.

Equities analysts at Macquarie, led by Niraj Shah, believe they have worked out what these expected conditions brought on El Niño might do to the global economy in the next few months.

They think it spells bad news for Asian economies while the US will get a net positive effect from the shifting weather patterns.

Here’s what they had to say (emphasis ours):

Bizarrely, El Niño spells good news for Australian insurers, despite the warmer, drier weather bringing an increased risk of bushfires. They are the least costly type of disaster to cover for insurers so “compared to a normal year, chances are that loss severity for insurers is lower,” according to Macquarie.

And here’s what that weather looks like on the map: Wetter conditions in the US will lead to higher corn yields. This will drive down the price of the agricultural staple and hit companies such as Deere & Co, which makes farming equipment, as farmers cut costs to cover the lower prices for their crop.

Macquarie said the company “could be very negatively impacted by lower farm income (due to lower corn prices) and therefore spend on equipment.”

This year’s El Niño is likely to be one of the strongest in six decades.

Here’s how it compares to past events: NOW WATCH: This could be the storm system California’s been waiting for