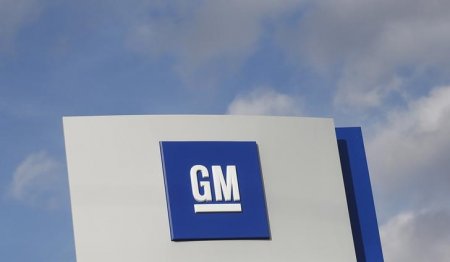 Fleet sales have low profit margins and can depress new car values. GM had not previously discussed in detail the scope of its cutback on sales to rental companies.

GM’s U.S. market share through the end of February slipped to 17.3 percent from 18 percent for the same period a year ago. Batey said that share, still the largest of any automaker, should stabilize above 17 percent, reflecting strong demand from individual, retail buyers.

“There’s nothing that would lead me to believe we’d be south of 17” for the year, Batey said.

The scale and speed of GM’s cuts in sales to rental fleets have caught investors and analysts by surprise. Earlier this month, GM reported U.S. sales fell 1.5 percent in February, even as the U.S. market rose overall, mainly because rental fleet sales dropped.

Despite strong profits, GM’s share price is down 8 percent for the year, and closed Tuesday at $31.19. That is below the $33 a share price of the company’s post-bankruptcy initial public offering. The poor stock performance reflects investor concerns that the U.S. automotive sales cycle is near its peak.

In the past, GM, Ford Motor Co and Fiat Chrysler Automobiles NV , as well as some foreign rivals, tried to offset retail sales slumps by slashing prices and dumping vehicles into rental car fleets at little or no profit.

Batey said GM intends to buck that trend and reduce rental fleet sales to between 9 percent and 12 percent of total U.S. sales from more than 20 percent in the past.

GM also plans to keep inventories more in line than it has in the past, he said. GM had 67 days’ worth of unsold U.S. vehicles on hand as of March 1, according to data compiled by Automotive News, lower than Ford or Fiat Chrysler.

Batey said GM has cut production of certain cars but is building other models, such as midsize pickup trucks, on overtime.