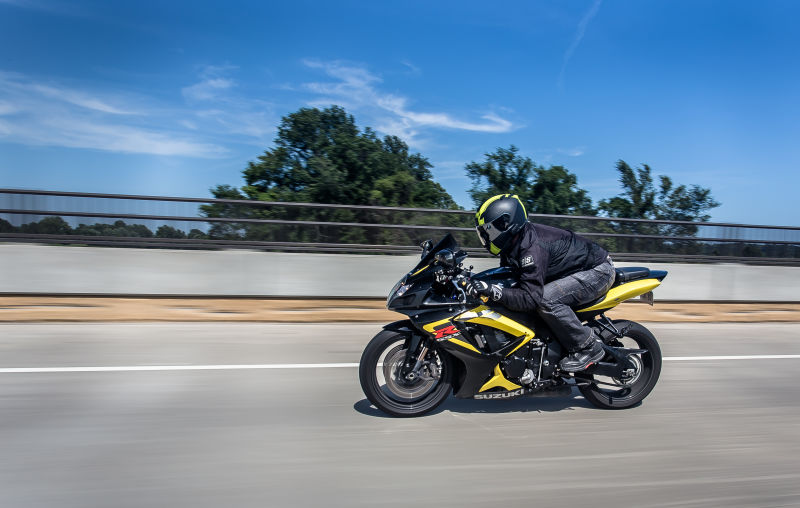 That’s what everyone wants, right? If your bike doesn’t have one hundred and fifty horsepower, while weighing less than four hundred pounds, you might as well peddle your Big Wheel back to your mom’s house. If you can’t do a buck eighty, what the fuck are you doing with your life? Why bother? Every year, the sportbikes get faster, and faster, and faster.

Stripped down R1s trying to shave every gram of weight.

Supercharged H2Rs with goddamn wings on them.

That’s the level we’re at now.

Of course, some of this is just for internet points. Because how will your neighbor know that you’re better than him unless you can prove that Sportmotorbikercyclist World Week Rider said yours has a top speed that’s an eighth of a mile an hour higher than theirs? If bigger is better, then bigger numbers mean that YOU are better. Obviously. That’s just science.

Of course, from this, we can infer a great deal. If a high number on the paper is good, then a high number on the speedometer is better. The farther that number climbs, the tighter your jeans get. That’s why sportbikes exist, right? The exhilaration of sensation that sensation that only comes with going full plaid on the interstate. Just a bullet made of science and fury.

But, there may be another way to chase that rush on two wheels. It’s simple: get naked. I’m not saying to drop trou, and let the wind flow through your short and curlies, but if that’s what does it for you, feel free. Just watch out for bugs. Nobody wants to take a cicada to the groin at highway speeds. Instead, leave your britches on, and strip the bike instead. For those confused, a naked bike is a sportbike with all the extra bits thrown away. Keep the same engine, but ditch the fairings, and throw some higher dirt style handlebars.

Of course, all those fairings and windscreens serve a purpose: they reduce drag, and allow you to slip through the air easier than a frat boy slips into latent homosexuality. While they do block the wind, they also block the sensation. A while back, I borrowed a friend’s Yamaha R6. While it was certainly an impressive feat of engineering, I would never want one as a street bike. The combination of that powerband clad in all its Tupperware meant that nothing ever felt fast. I routinely hit triple digit speeds entirely on accident, because I had lost all speed indicators. It was too easy to cruise along, wondering why everyone else on the road was so slow, until I looked down and saw the numbers on the gauge cluster.

Of course the ability to ride at that velocity is amusing from a storytelling perspective. Howeverw it wasn’t very interesting from a physical standpoint. What is the fun in doing a hundred and thirty when it feels exactly the same as sixty? Sure, you’ll pass more people, but the experience is largely unchanged. I’m not running for lap times, I’m just trying to have fun. Any sportbike will outrun 99% of cars on the road as it is. Hell, a 250 can outrun some cars I’ve owned. So if there’s no thrill, what’s the point.

On my SV650, I’m never going to run at those speeds. Some of that is a gearing issue, but more of it is due to the fact that triple digits without a windshield get pretty damn unpleasant. At highway speeds, the wind becomes a physical thing to battle. It will try to strangle you with your own collar. It will pummel your head and shoulders. To try and eke out those extra few miles per hour, you wind up going full cafe racer, chin inches off the tank, knees tucked in tight against the tank, trying to streamline your entire body.

Full fairings make sense on the track where every mile per hour counts, but on the street, where the only objective is amusement, they get in the way. I don’t ride motorcycles to set records, I ride them for fun. To me, the whole point of a motorcycle is the sensory overload that comes with them. Sure, I’m a bit hypocritical, because as much as I rant about the purity of sensation, I do still wear a full face helmet and jacket. Would ditching those be more exciting? Absolutely. But then I’d risk my moneymaker. I’m just too goddamn pretty to risk my face.

So if you’re going to keep your own pants on, the least you can do is let your motorcycle go Full Monty.

Fails is a freelance photographer who sometimes pretends to be literate. You can follow him on Twitter or see his portfolio here. He is talking in third person because it makes him feel mysterious.