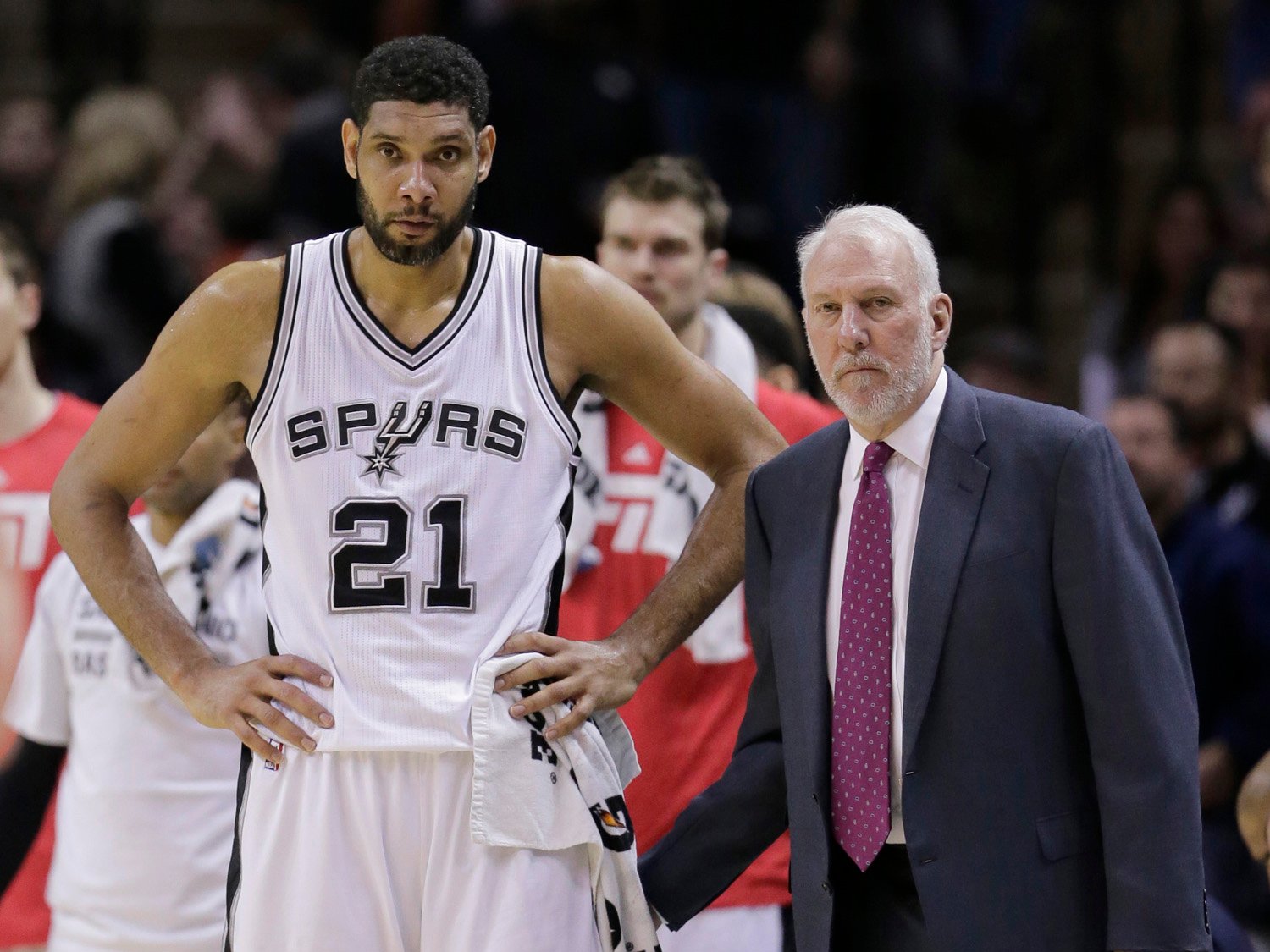 Despite frequently coming off as a curmudgeon, Gregg Popovich has pulled back the curtains plenty of times and revealed his softer, more philosophical side.

On those occasions, it’s easy to see why he could be the greatest coach the NBA has seen, whether he’s describing how he handles failure, how to build the perfect organization, or how he chooses a player that will fit the team.

FIBA recently uploaded a video of Popovich speaking at a coaching seminar where he discussed the Spurs’ system in-depth and some of his favorite coaching techniques.

At one point, Popovich discussed how to keep players motivated and how to handle the personalities throughout the season. He explained that being honest and holding people accountable is the best way to see results.

“I think you have to have accountability,” Popovich said. “For us, the thing that works best is total, brutal, between-the-eyes honesty. I never try to trick a player or manipulate them, tell them something that I’m going to have to change next week.”

Popovich then gave an example of how he handles his star players and how that philosophy keeps the team a tight-knit unit.

If it’s Tim Duncan and it’s a timeout and I don’t think he’s doing what he should be doing, I’ll ask him, “Are you gonna rebound tonight? Are you gonna rebound at all? Or are you just gonna walk up and down and then we’re gonna go to dinner? What are we gonna do?” And he’ll listen and then he’ll walk back out on the court and say, “Hey Pop, thanks for the motivation.” Because he’s wiseass.

But I think being honest with people is great. Somebody’s doing well — you tell them they did well. But you don’t have a different system for Duncan, [Tony] Parker, and [Manu] Ginobili than you do for number 12, 13, and 14. And a lot of people are afraid of that. You want the best players to like you for all the reasons. It won’t work. It’ll bite you in the bum after awhile. You need to have the same standards for everyone. You can treat people differently because each one is different, but they all have to march to the same drummer, to the same standards.”

Popovich explained that character — namely being able to handle criticism — is important and allows him to be more upfront with people. “If you’re on Duncan’s fanny or Parker, [other players] see it, and they know it’s fair and they wanna play for you. And it just compiles geometrically, and it just keeps going and you end up having a really good situation.”

It’s not the first time Popovich has spoken about holding players accountable and how Duncan or Parker or Ginobili’s willingness to be criticized sets the standard. However, for as important as those players’ characters are for the Spurs’ long-term success, it’s fair to wonder if other coaches could have channeled it like Popovich has.

Popovich has helped build a strong, enviable culture in San Antonio, and by the looks of it, it will continue, even once players like Duncan are gone.

Watch the speech below — the above comments begin at 11:00: