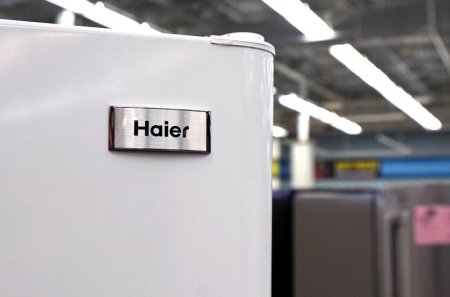 HONG KONG (Reuters) – In the lead up to General Electric Co’s appliance unit auction, Haier Group did something Chinese bidders have rarely dared to do in a competitive global M&A deal.

Haier’s swift, bold move bore all the hallmarks of a seasoned, well-prepared M&A player and underscored how Chinese buyers are becoming increasingly confident about their ability to clinch deals within tight timeframes.

Howard Yu, professor of strategic management and innovation at IMD in Geneva, said after years of domestic consolidation China’s state and private companies had joined the “big boys” in global M&A.

“Such trend has been encouraged by central government… but the domestic industry has also been consolidated to a point that foreign players increasingly look like the only plausible targets,” Yu said.

For Chinese bidders who had earned a reputation among Western bankers for being hobbled by regulations, politics and fuzzy decision-making, Haier’s ability to seal such a deal in a month marked a significant step.

And with slowing economic growth at home and a weakening yuan, the move of Chinese corporations overseas is set to accelerate, according to bankers and experts.

Zhang Ruimin, the 67-year-old founder of Haier, had twice previously failed to clinch transformative U.S. deals, beaten in a 2005 bid for Maytag by U.S. giant Whirlpool Corp and deciding against a 2008 takeover of the same GE appliances unit.

Advised by Bank of America , Zhang was unwilling to let his long-held dream slip this time. “This was a once in a life opportunity, they couldn’t let it go,” one person familiar with the deal told Reuters. “Haier was a motivated buyer.”

GE was also a motivated seller, seeking a swift resolution after waiting almost two years before U.S. antitrust regulators eventually blocked the original sale of the business to Sweden’s Electrolux for $3.3 billion. GE kick-started a formal auction process after that deal fell through in December. GE’s advisor Goldman Sachs reached out to about half a dozen bidders, the sources said, who declined to be identified as the information is not public.

Haier forked out at least $100 million more than the nearest bidder, they added.

A Haier spokesman declined to comment on the specifics of the bidding process, but said GE “felt that Haier’s single and one-time submission presented the best offer for the business in terms of sustainably taking the company forward.”

Haier said it paid a multiple of 8.2 times for projected 2015 earnings before interest, taxes, depreciation, and amortization (EBITDA) net of certain tax benefits, while GE valued the sale at 10 times EBITDA. In comparison, Whirlpool trades at 7.7 times.

Chinese buyers have often frustrated the vendors by moving slowly through deal negotiations and have at times abandoned their efforts mid-way, as in Geely’s 2010 purchase of Ford Motor Co’s Volvo unit.

Cross-cultural acquisitions are also risky, as Zhang himself highlighted in 2009, telling Financial Times “we still lack the ability to integrate the two different cultures”.

But things have been moving more swiftly recently.

Last year, Chinese companies launched a record $116 billion worth of deals, according to Thomson Reuters data. China outbound M&A had its best ever start to a year in 2016, helped by the Haier deal. In January, a consortium-led by Chemicals Corp of China agreed to buy machinery maker KraussMaffei Group for about $1 billion, in another example of deal that was done at lightening pace.

For Haier, the confidence to move quickly also comes from previous acquisition success. Over the past four years, Haier has bought New Zealand’s Fisher & Paykel Appliances and Japan’s Sanyo Electronics and successfully managed those businesses. “This trend is definitely going to pick up pace,” one person who worked on the GE-Haier deal said. “We are going to see Chinese buyers being more aggressive in deal making.”