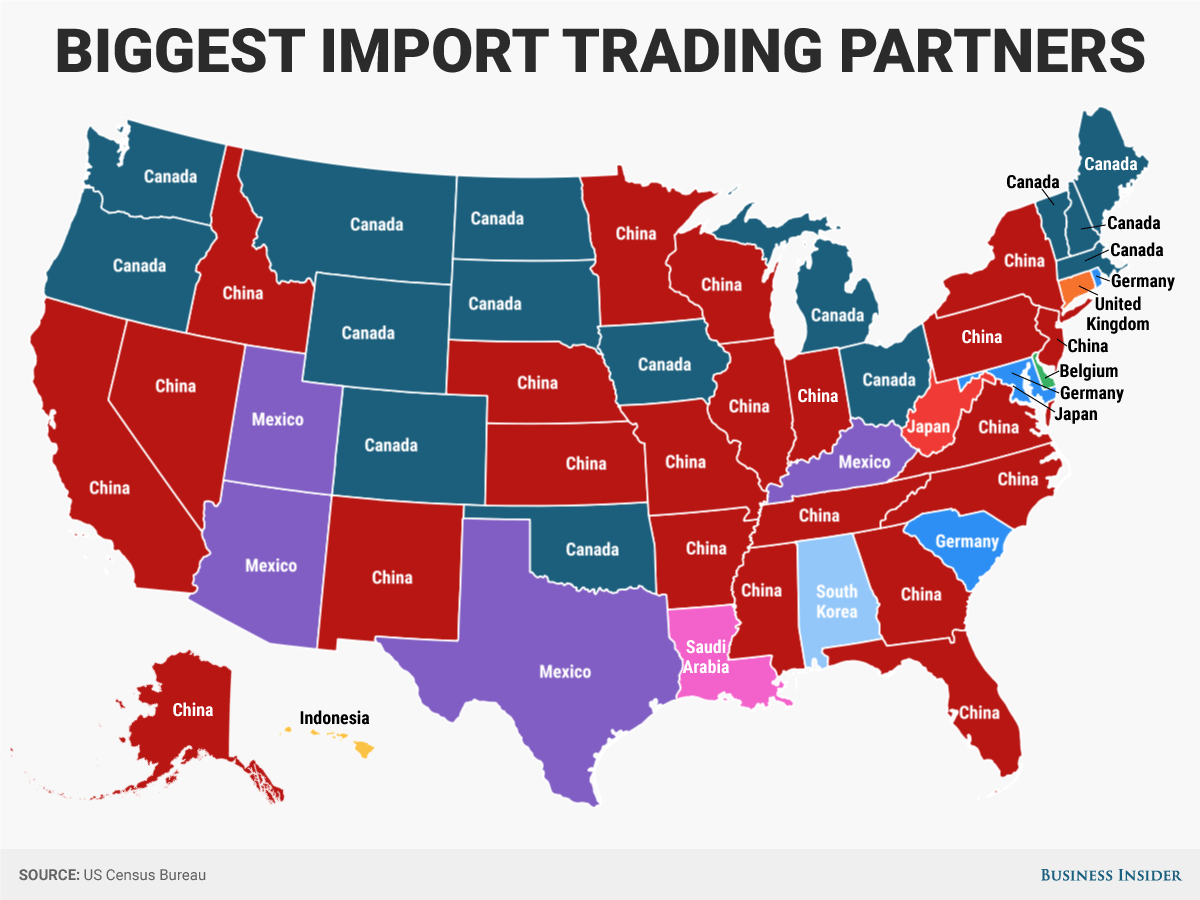 As we move into the final stages of the US presidential election, in which both Republican nominee Donald Trump and Democratic nominee Hillary Clinton have questioned the merits of free trade agreements, it’s worth taking a look at who the US trades with.

The US Census Bureau releases annual statistics on international trade in goods (not services) at the state level. The Bureau’s most recent release, covering data from 2015, includes a breakdown of the top countries each state exports to and imports from, as measured by total dollar trade value.

For imports, China and Canada loom large. 23 states import more goods from China than any other country, and 15 import the most from our northern neighbor: Exports tend to be more focused on North America. A full 36 states export more goods to Canada than any other nation, while the four states that share a land border with Mexico send the lion’s share of their exports there: