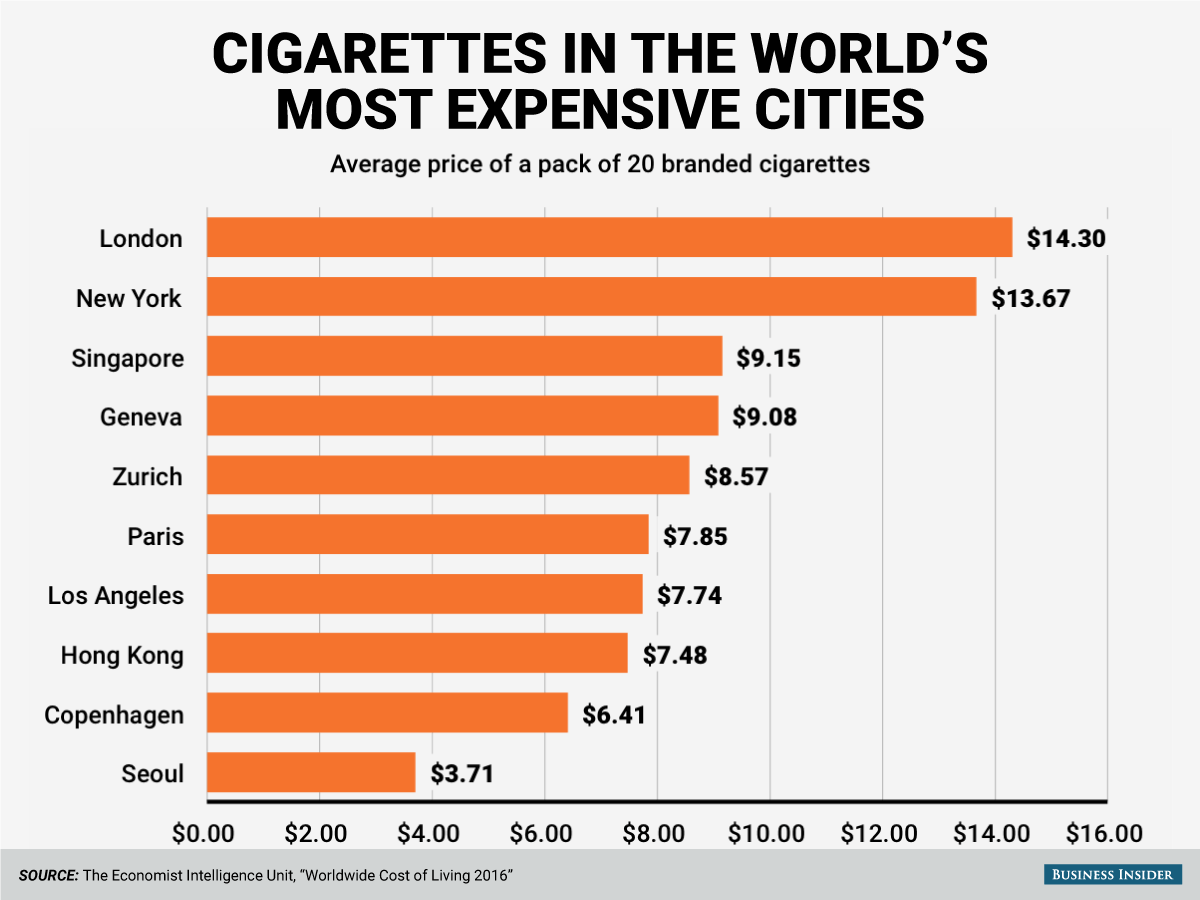 The Economist Intelligence Unit recently released a report on the most expensive cities in the world.

Singapore, Zurich, and Hong Kong were the top three most expensive cities in the world, according to the survey.

But the ranking alone doesn’t really give a sense of how much the folks living in these cities pay for regular, everyday goods.

As such, we put together a chart showing how much it costs to buy 20 branded cigarettes in each of these cities in terms of US dollars, using data from the EIU.

Meanwhile, in Copenhagen and Seoul you can get cigarettes relatively cheap at $6.41 and $3.71 a pack, respectively.

Check out the prices for all the cities below. SEE ALSO:Why this 2,073-foot Chinese building could be an omen of economic doom