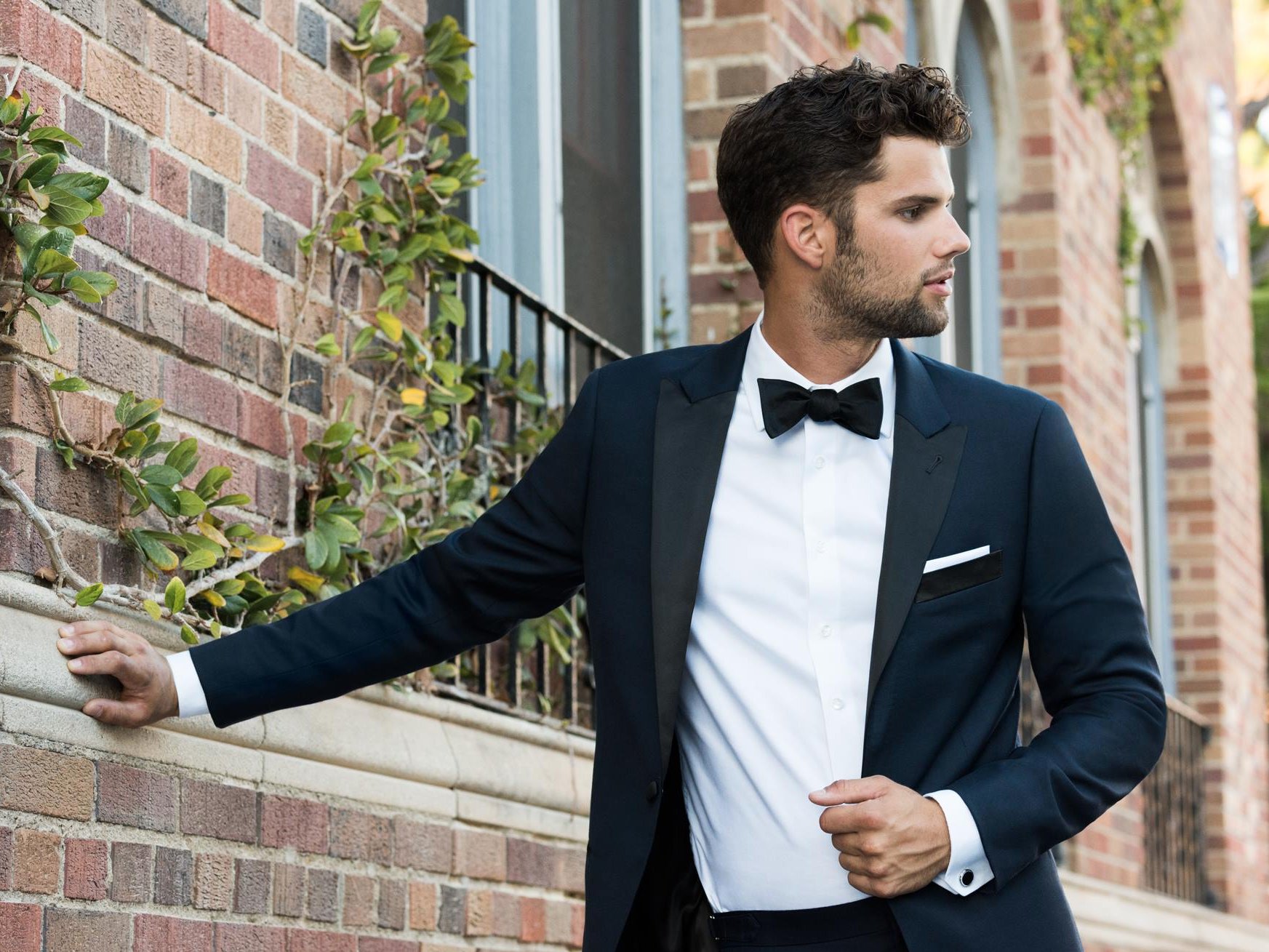 This year’s Golden Globes might as well have been a men’s fashion runway.

Roughly half of Hollywood’s trendiest men have jumped on the latest look to take men’s formal wear by storm: the midnight navy blue tuxedo.

Following the overarching trend of men inching out into more colorful — but still muted — attire, many guys are gravitating towards the traditional tuxedo’s blue cousin.

And it’s easy to see why: the navy tuxedo offers a more interesting alternative to the staid black tuxedo everyone else wears to black tie events. It offers guys a chance to stand out a little bit in the sea of black, while still remaining firmly in the school of semi-formal dress.

The navy tuxedo isn’t an entirely new phenomenon. It’s rooted firmly in the glory days of formal dress and was extremely popular in the 1930s, when more wool mills were churning midnight navy tuxedo fabric than black. It never fully recovered from the tuxedo’s decline in the 1940s — until now.

Now, the navy tux has virtually blown up in popularity — and not just on the red carpet. According to online rental website The Black Tux, in 2015, 17% more grooms rented a navy tuxedo for their weddings than in 2014, and around 40% of tuxes rented for proms and formal occassions in 2015 were navy.

Overall, the proportion of navy tuxedos ordered from The Black Tux increased 26% from 2014 to 2015. Getty/Jason MerrittSam Heughan, from the show “Highlander,” turned heads with his black and navy take on black tie at the 2016 Golden Globes.

This trend doesn’t seem like it’s going to slow down any time soon. The Black Tux also told Business Insider that the webpage for their navy model is the most-visited product page on their entire site — up 36% over the last three months compared to the same period last year.

Men are also buying more navy tuxes, with well-regarded Amsterdam-based company Suitsupply telling Business Insider that the company’s navy tuxedo is “among the best-selling this season.”

As far as wearing a navy tuxedo yourself, there’s not many ways you can go wrong.

“With a navy tuxedo, you stand out without being overdressed and still look the part,” Nish de Gruiter, vice president for Suitsupply, told Business Insider. SEE ALSO:2 style lessons every guy can learn from the best-dressed man at the Golden Globes