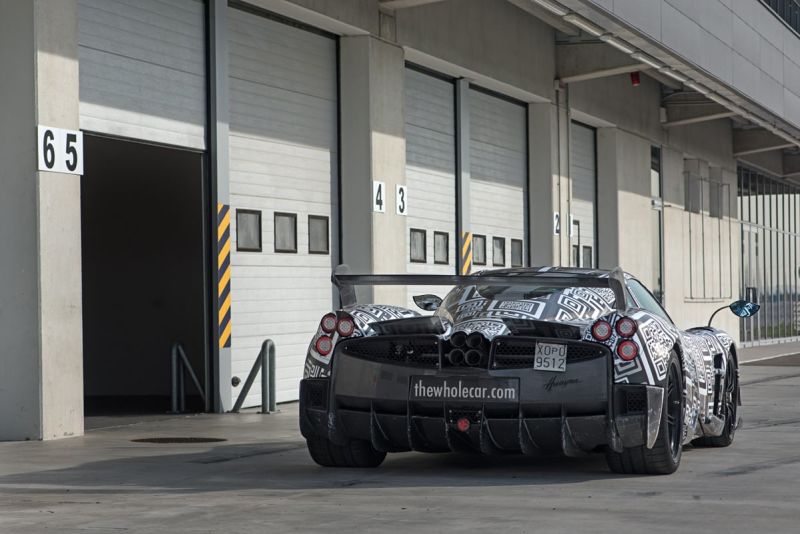 The new Pagani Huayra BC is still under wraps for the time being, but The Whole Car did catch a test mule out running some laps at Autodromo di Modena in Italy while filming with a 1964 De Sanctis SP 1000 race car.

We know virtually nothing about the new Pagani and that likely won’t change until its unveiling, potentially at the Geneva Motor Show in March. But even under the camouflage wrap, we can tell that it’s pretty much a Lamborghini.

The Whole Car did get to snooping and questioning with the engineers, and this comes from the website:

So I asked the engineers on hand what they were getting up to and they replied “testing a new transmission and active differential”. “They’ll only make 20 of these” they mentioned casually.

While we wait to find out which details about the Huayra come to light—and if they include those listed above—enjoy some photos from the test track:

Images via The Whole Car, used with permission