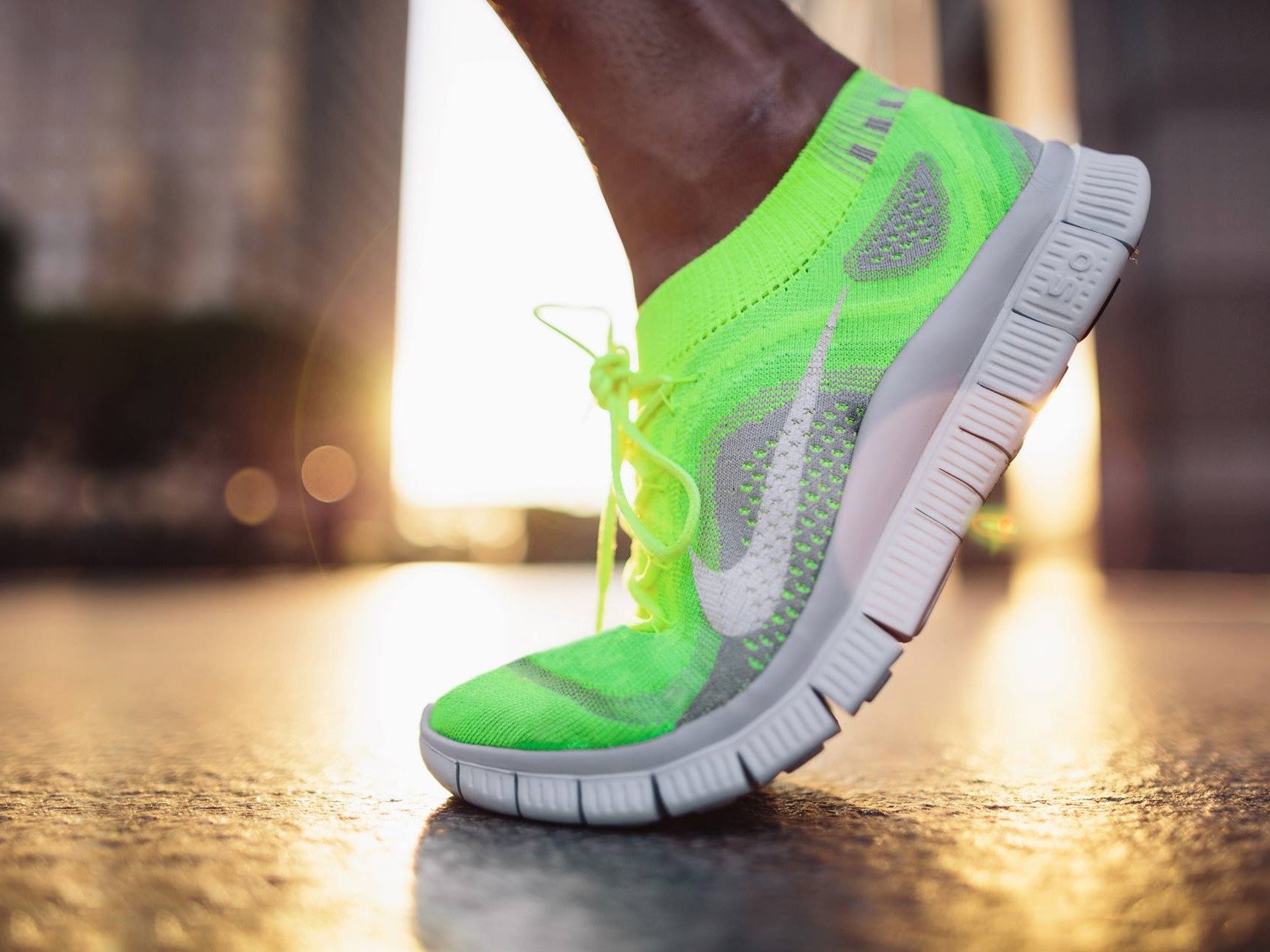 The Oregon-based $100 billion company now generates over $30B in yearly revenues, year-over-year growth of 5%, and sales to China growing more than 30% annually. Nike is considered the most popular and respected brand in the sports industry – and one of the most valued business brands in the world, ranking ahead of Intel and Mercedes-Benz.

But the company’s brand name almost ended up being completely different.

In 1971, Knight and BRS launched an effort to manufacture and distribute their own shoes – under their own brand. It was June of 1971. The first shipment of their own shoes would go out the next day, and they needed a new name.

Fortunately, they already had a logo. Knight had enlisted the help of Portland State University graphic design student Carolyn Davidson to come up with some design options. One of the choices she presented to Knight was the now-iconic Swoosh.

“Well, I don’t love it,” Phil Knight said of the design. “But maybe it will grow on me.” Next, they needed a name. Knight wanted to name the brand “Dimension Six.”

The late Geoff Hollister, the company’s third employee who was managing the BRS store in Eugene, Oregon, writes, “Knight went for Dimension Six; we thought perhaps for his love of the pop group The 5th Dimension.”

Jeff Johnson, BRS’s first employee, was in Massachusetts when he got a call from Bob Woodell, the company’s first President, according to authors J.B. Strasser and Laurie Becklund.

“Knight just came in and told me we needed a name by 9 a.m. because they’re making up the shoe boxes,” Woodell explained to Johnson.

Hollister offered an idea: “I stayed in the zone of Puma,” referring to the successful German shoe company named after a cougar, suggesting the name “Peregrine,” a type of falcon.

None of these options were popular with the other employees.

Johnson, who ran the company’s East Coast factory in Exeter, NH, would come up with another idea. Runners World contributor Matt McCue documented how Johnson read an in-flight magazine about great brand names, such as Kleenex and Xerox.

“They had no more than two syllables and at least one exotic letter or sound in them with a Z, X or K,” writes McCue, paraphrasing Johnson.

At 7 a.m. the next morning, Johnson awoke with the name “Nike.” But it was only 4 a.m. in Portland, so Johnson waited 3 hours before calling Woodell.

“I’ve got it!” Johnson said to Woodell, according to Strasser and Becklund. “[Johnson] calmly emphasized 2 syllables and the importance of a “K” or “Z” sound,” writes Hollister. Then silence.

“What else you got?” Woodell finally asked.

Woodell didn’t like “Nike.” He also didn’t like “Peregrine or “Bengal.” But he discussed all the options with Knight.

Writer and Olympian Kenny Moore explains what happened next.

“Nike? Sounds like a Jeff deal to me,” Knight said. “What happened to Dimension Six?”

“Nobody seems to like that one but you,” Woodell said. “This Nike thing would fit the shoes.”

Knight started typing. They had a 9 a.m. deadline with the factory.

“Which did you pick?” asked Woodell.

“I guess we’ll go with the Nike thing for a while,” Knight said. “I don’t like any of them, but I guess that’s the best of the bunch.”

PRE: The first noted athlete to wear Nike in Public

Years before Michael Jordan and LeBron James forged mega-million-dollar Nike identities, including LeBron’s recent lifetime deal, there was one Nike athlete who was first. The first top athlete to publicly display the new Nike name with the new “Swoosh” logo at a major sporting event was local and national running hero Steve Prefontaine. On July 6, 1972, the University of Oregon trackster and Sports Illustrated cover boy warmed up for his 5,000 meter heat in the Olympic Trials on the hometown Hayward Field track in Eugene in a T-shirt given to him by Hollister. The shirt displayed the “Nike” name in cursive over the logo and the words “Olympic Trials” underneath.

What was the response? People thought the cursive “Nike” was actually “Mike” – not exactly an immediate brand marketing homerun.

“The scripted Nike on our new brand looked like ‘Mike,’” writes Hollister. “To our delight, in the stands, a lot of Mikes were running around on the infield at Hayward Field. As inauspicious as it seemed, a new brand had emerged out of nowhere in the Pacific Northwest.”

Thanks to Jeff Johnson, the eventual iconic brand name that emerged was not Bengal or Dimension Six – but Nike.

Philip Levinson is a Venture Advisor to Learn Capital and was the first Sales & Marketing executive at TigerText, a leading VC-backed mobile company founded in 2010. Follow him on Twitter here and read his last BI articles on Uber and CloudFlare.

NOW WATCH: The self-lacing Nike sneakers from ‘Back To The Future’ are real