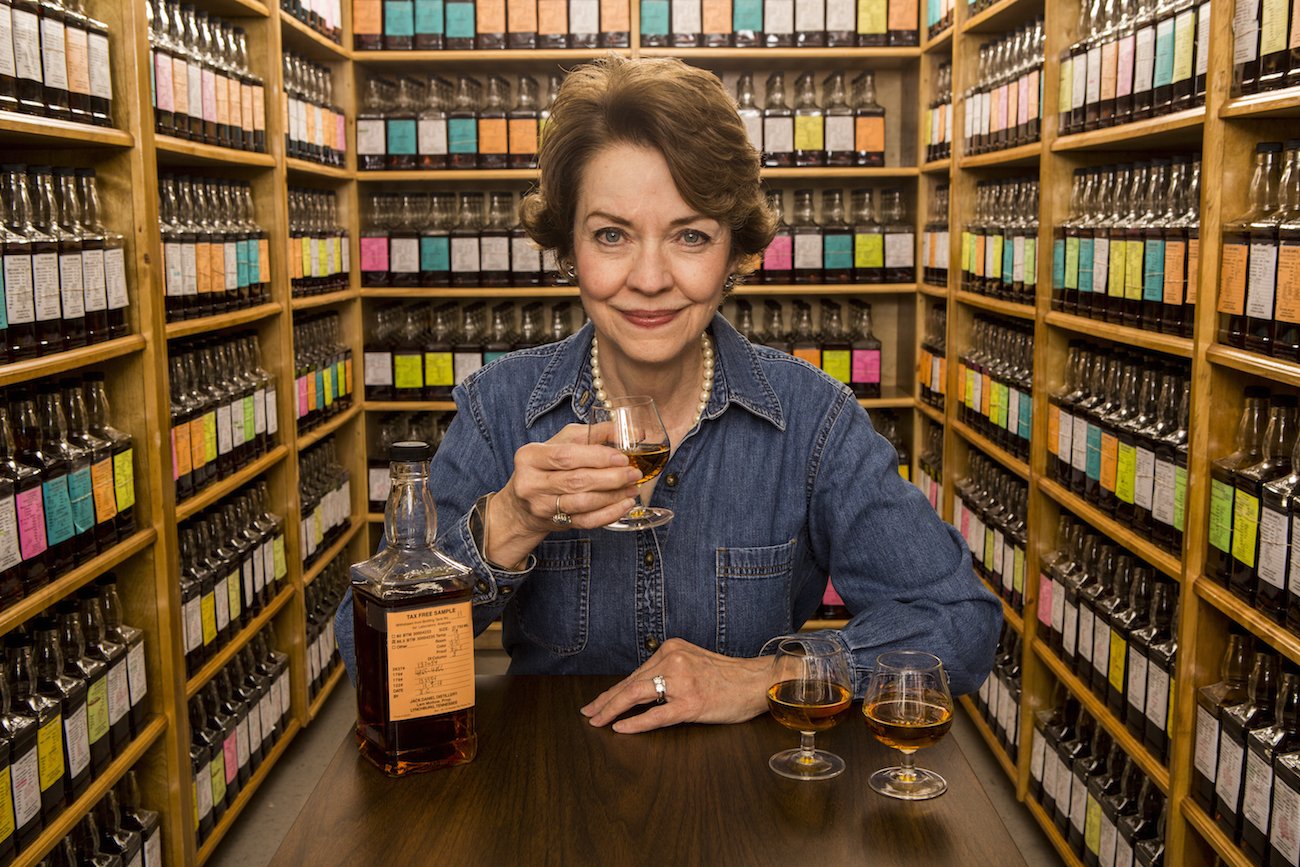 When the great-grand niece of Jack Daniel, applied to be a whiskey taster at the Jack Daniel Distillery, she had to go through the same rigorous selection process as everyone else.

“I tried that card and they turned me down because they put me through tests for a whole year,” Lynne Tolley told Business Insider.

“Then they finally said, ‘Yeah, you can taste.’ I must have great taste buds because I was selected to taste our premium Single Barrel Whiskey.” Thus for the last 20 years, Tolley has held the title of Master Whiskey Taster, one of five people tasked with tasting the distillery’s premium whiskey.

She is one of around 50 tasters in total.

“I have the best job in the world. I get paid to taste Jack Daniel’s every week,” Tolley said.

For more than 100 years, Miss Mary Bobo was paid to house and feed guests visiting the distillery.

When she died in 1983, the distillery bought the property to preserve it.

“People forget that we are in a dry county here in Lynchburg and that you can’t buy alcohol. The first thing they do when they come to Miss Mary Bobo’s is order a cocktail. Every day we have one or two [foods] on the menu that has Jack Daniel’s whiskey,” Tolley said.

How does the testing process work?

Tolley: “Every Friday we go into a room and there will be three glasses on a table. Each glass has a little cover over so you slide that off and smell the aroma of the whiskey. You have to pick out the whiskey that is unlike the other two. See, one whiskey sample is taken from a different barrel. We are tasting to make sure that our product is consistent year-to-year. So we taste for consistency and quality control.”

“Now, if you are tasting Single Barrel like I do it’s a little different. You’ll go in a room and there may be 50 glasses on the table. It always starts with the aroma of the whiskey. If you smell something that you think is a little different then you are allowed to taste it. Now after it sits on your pallet you are supposed to spit it out and then you have to drink water and move to the next sample. We don’t mess around with eating Saltine crackers or anything like that.”

Do the samples smell the same after a while?

Tolley:“You know how when you go to perfume counters at department stores and they’ll give you coffee beans to sniff after you’ve tried different perfumes? The same thing happens with whiskey. My trick is I smell the back of my hand. If you smell your skin, like the skin on the back of your hand, it clears out your nose. So that’s my little trick.”

As a relative of Jack did you have to go through the same testing process as other candidates? Tolley:“It was about 20 years ago when I said to the guys at the distillery, ‘Guys, I wanna become a taster.’ I thought I could maybe get an easier time becoming one because I am a descendant of Jack. It’s in my blood. They said to me, ‘No, no, no we gotta check you to see if you can be a taster.’

So, I tried that card and they turned me down because they put me through tests for a whole year. Then they finally said, ‘Yeah, you can taste.’ I must have great taste buds because I was selected to taste our premium Single Barrel Whiskey.”

What do you taste?

Tolley:“I think all the tasters look for something different. I always look for caramel, vanilla and sort of a toasted oak. There is this nuttiness. It’s like the smell if you were cooking with roasted pecans. I always look for vanilla. Did you know you can substitute vanilla for Jack Daniel’s when you’re cooking? I do that at Miss Mary Bobo’s.”

Is there anything special you do before you go in to taste the whiskey?

Tolley:“I like to go and taste when im hungry because I feel like I can taste the whiskey better. I also don’t wear any perfume that day. I think women are the best tasters because we have the best noses. That’s just my personal opinion though. At the distillery it’s about 50/50 men and women,” Tolley said.

What was it like growing up as a descendant of Jack Daniel?

Tolley:“You know, I have one brother and we grew up here and we never thought anything about it. The distillery wasn’t as well known as it was now. It’s a big deal now. I went to college in Georgia and I never mentioned my famous uncle. I just thought, ‘well who wants to hear about any of that?”

Do you get any perks for being a Jack Daniel’s taste-tester?

Tolley:“We do. The first Friday of every month every employee gets a bottle of Jack Daniel’s Old No. 7. We also get a commemorative bottle during the holiday season and on 4th of July. Since I am a taster, I usually get a gift that says ‘Master Whiskey Taster Jack Daniel’s Distillery’ on it. Those gifts are quite the conversation starter when we go to conventions.”

SEE ALSO:How Jack Daniels Makes So Much Whiskey In Such An Old Distillery