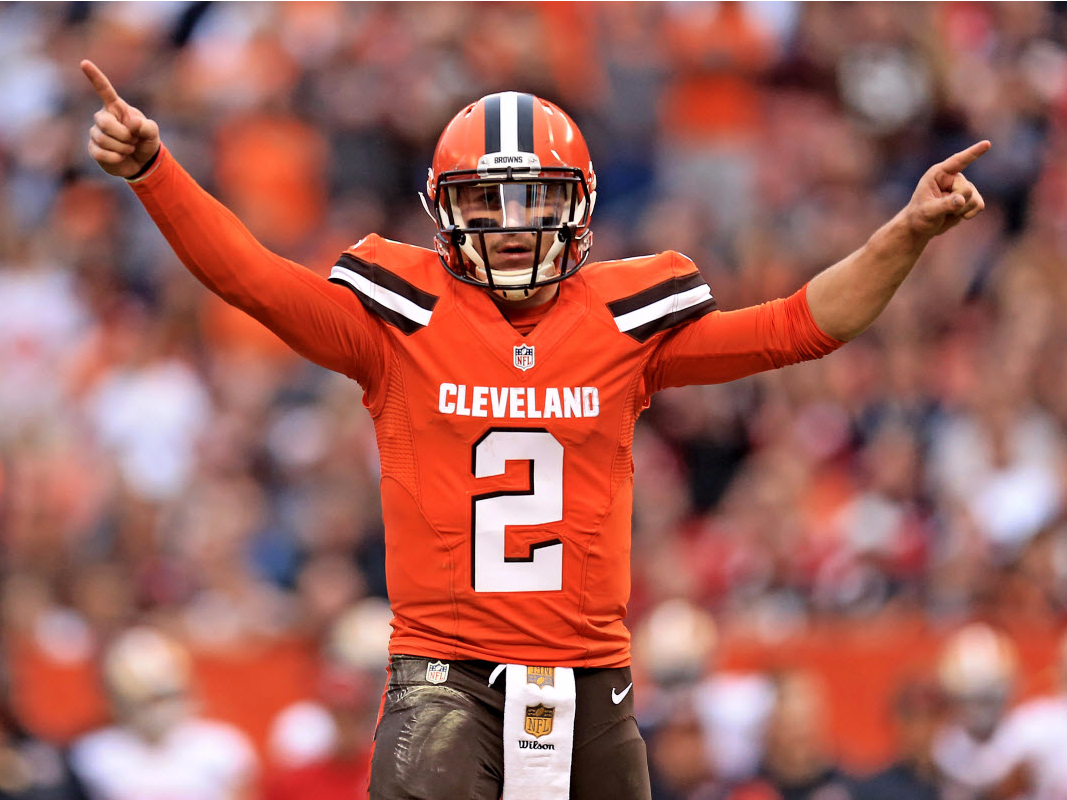 With the new league year starting this week, one of the moves that many thought was a foregone conclusion was that the Cleveland Browns would release their much-maligned quarterback, Johnny Manziel. However, in a surprise, it now seems as though the Browns will hold on to Manziel for now.

NFL insider Adam Schefter was a guest on ESPN Radio to discuss the future of several quarterbacks in the NFL and dropped the surprising nugget about Manziel.

“On Johnny Manziel, I don’t think the Browns do anything for a while,” Schefter said. “A lot of people have been waiting for the start of the league year, thinking they were going to release him. The Browns are not expected to release Johnny Manziel when the new league year begins.”

Schefter did say that he still doesn’t think Manziel will be on the Browns next season, but that they are “going to play this out” and wait to make a move.

This is surprising because of how the Browns have reacted to Manziel’s off-field issues, especially towards the end of the season and since the season ended.

After a recent incident with his ex-girlfriend at a Dallas hotel, Browns insider Mary Kay Cabot had a damning report summing up the Browns’ stance on Manziel:

A few days prior to that, the Browns released a statement on Manziel which seemed to suggest that the team would indeed release Manziel on March 9 (emphasis ours):

“We’ve been clear about expectations for our players on and off the field. Johnny’s continual involvement in incidents that run counter to those expectations undermines the hard work of his teammates and the reputation of our organization. His status with our team will be addressed when permitted by league rules. We will have no further comment at this time.”

ESPN’s Pat McManamon also reported at the time that the Browns planned to move on from Manziel on March 9.

Why the change now? One reason may be that the Browns will try to salvage something of value for Manziel. While Schefter reported that Manziel had “destroyed his value” to other NFL teams, that sentiment could change if another team fails to land a quarterback in free agency or through the draft. Despite all his issues, Manziel has shown flashes of quarterback ability and has a 2016 cap hit of just $2.2 million, a bargain for a quarterback in the NFL.

There is also the possibility that the Browns are waiting to see if Manziel is suspended by the NFL for his off-field behavior, a point addressed by Schefter.

In other words, it still sounds like Manziel will never play another game for the Browns. But for Browns fans looking forward to the time that news outlets stop referring to him as “Browns quarterback Johnny Manziel,” they may have to wait a while longer.