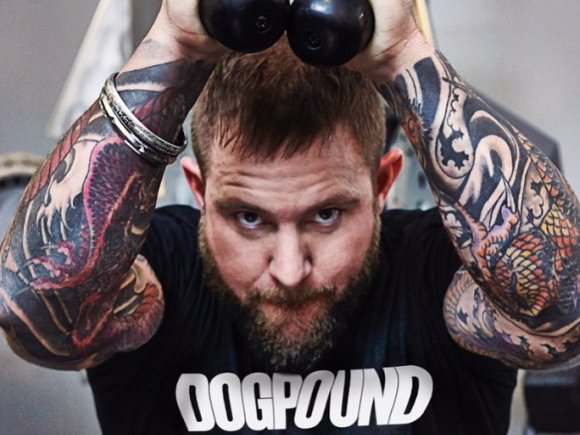 Meet Kirk Myers, the founder and CEO of The Dogpound.

Kirk Myers, CEO and founder of The Dogpound, told Business Insider he was “chunky” when he was growing up. In High School, he weighed nearly 300 pounds.

His life changed forever when he was diagnosed with congestive heart failure at the age of 21-years old.

“I realized I had to change my life if I wanted to avoid further health complications, so I went to the gym,” he said.”In two years I lost 130 pounds.”

That wasn’t the end of his fitness journey, however. Kirk started to help his friends achieve their fitness goals and ultimately he discovered that helping people “get fit” was his passion.

When he moved to New York he started working as a personal trainer. Before he opened up The Dogpound last March, he trained his clients at other New York gyms.

“It started out with 4 people, then 8, then 16,” he said.”And after I paired up with my friend Brey, and his brother Dawin, it became 31, and it just kept getting bigger.”

Ultimately his crew got so big, he decided he would just open up his own gym.